Gerry Straub began his talk Tuesday evening in McGuinn 121 with a simple opening: “May God give you peace.” Given that introduction, coupled with the wooden cross hanging from his neck, it is unlikely one would believe that he used to be an atheist—or that he used to be a top-executive network television producer living in Hollywood, Ca.

Straub was raised Catholic and said he had long dreamed of becoming a missionary priest. But as a teenager, Straub struggled with his faith. He noted that he grew to not believe God was present in his life, and found such a belief difficult to reconcile with such immense evil in the world.

So he followed a different path.

As an adult, Straub worked in the filmmaking industry. He became the network producer for General Hospital, and began working with many celebrities. Despite his career success, though, he said that he still felt that something was missing in his life.

When the show was cancelled, he left the industry in search of an answer to his emptiness. He began to write, and traveled to Rome to conduct research for his book, entitled Canvas of the Soul.

While resting in a small church in Rome, Straub felt the presence of God. “I didn’t hear any images or see any words,” he said. “It was all far beyond images and far beyond words.”

This experience, Straub said, marked a great change in his life. He longed to experience God rather than deny Him. With the advice of a Jesuit priest, he began to write a book on St. Francis, who is widely noted for his embrace of poverty. To Francis, Straub said, poverty was a way in which he could become closer God.

Inspired by Francis’ compassion for the poor, Straub began working in a soup kitchen in Philadelphia, Pa. He described having met a woman in her 20s during that time who revealed herself to be a homeless prostitute, and whose parents had fed her alcohol as an infant, leading to an alcoholic addiction at the age of five. His encounter with the woman, along with other experiences from the kitchen, subsequently became the material for a film on the Franciscan shelter. Upon the film’s release, viewers donated $250,000 to the friars who operated the shelter. With this financial influx, the friars expanded the shelter so that it could accommodate more people.

Quickly becoming inspired by such stories and realizing the effect that film could have on people, Straub set out on a journey to document the lives of the less fortunate.

While working on a documentary on undocumented migrants in El Salvador, Straub met a 9-year-old boy named Moses, who had a rare and incurable blistering condition.

“Seeing Moses truly upset me,” he said. “The memory of him haunts me. Moses is without a doubt the saddest person I have ever seen.”

Straub noted that, as a result of his illness, Moses was the size of a 4-year-old, had no hair, and was covered in painful blisters— all while living in a small shelter with no running water or electricity.

Upon returning to the U.S., Straub was interviewed for PBS’s Religion and Ethics News Weekly. During the show, an image of Moses was displayed, and a viewer watching the show donated money to have Moses brought to the U.S. to be treated, he said. Despite the donation, however, Straub said that Moses’ condition could not be improved.

Straub’s work in poverty-oriented productions did not end there, though. He has since created over 20 documentaries on the poverty-stricken population across the U.S., Uganda, Peru, India, and many other nations.

Straub said that he felt he found his calling in life: to help others and to raise awareness of poverty through film.
“Christ is not asking us to be successful or even to be productive,” he said. “Christ is looking for us to be present. Present first and foremost to God and to prayer and then to be present to each other … in acts of love and mercy. And especially present to the poor and the suffering.”

In his film Mud Pies and Kites, Straub filmed scenes of life in the wake of destruction in Port-au-Prince, Haiti both before and after the earthquake it endured in 2010. He captured scenes of the rubble still left nearly a year after the earthquake, the outdoor surgeries that resulted from a lack of hospital space, and the cities constructed from tents and trash for the displaced. Straub said that those conditions in Haiti were the worst examples of poverty he has encountered.

“Life in Port-au-Prince before the earthquake was dreadfully hard, but after the earthquake, it became a living hell,” Straub said.

Despite the despair, though, Straub noted that there was hope. While in Soleil, a notoriously impoverished area in Haiti, Straub recalled seeing children flying kites made out of trash bags and paper plates from the piles of litter in the streets. This small toy, he said, lifted the spirits of both himself and the children.

He concluded by asking audience members to examine their own lives, and to be grateful for our mere existence.
“One cannot have faith in God without doing good deeds for others,” he said.

poverty spirituality
A Return To Form: Zeiko Lewis Is Up To His Old Tricks
BC’s Sweating The Small Stuff Heading Into Wake 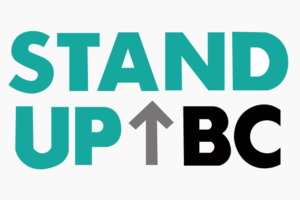 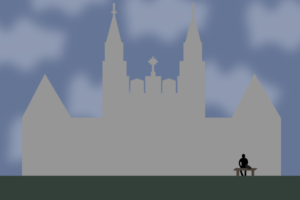