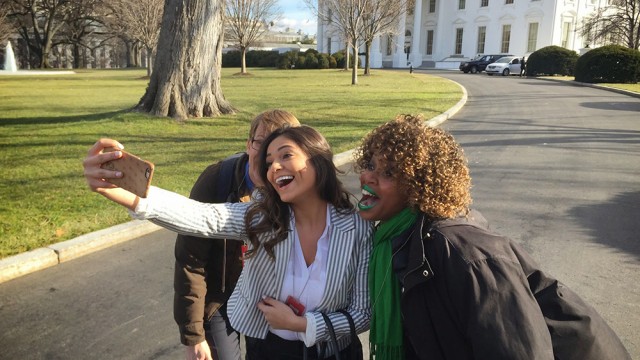 YouTube is a perfect marriage of entertainment, culture, and real-world concern.

Unbeknown to many, YouTube’s creative content is far broader than music videos and bootlegged movies. In the past five years, YouTube creators have completely revitalized the Internet: Whether in personal vlogs, special interest videos, educational tools, or purely comedic content, YouTube now has a niche for most anyone. After long strides battling Google and AdBlock, YouTube creators can make a living catering to this new entertainment need. When these creators can zero in on Youtube audiences, their content becomes better and more personal. When the Internet is more personal, interconnected, and thriving, it grows into its own culture.

Perhaps the biggest sign that Internet culture is more than just viral cat videos was the wildly popular #YouTubeAsksObama interview, in which three top YouTube creators got to field their subscribers’ most pressing questions in authentic, unedited conversations with the President. Hank Green, GloZell Green, and Bethany Mota each engaged President Obama with real concerns held by their viewers––something that could not have happened without YouTube’s commitment to community.

These three creators represent YouTube’s incredible diversity in creative content. GloZell Green is primarily a comedic YouTuber. Her challenge videos average more than five million views, and even get close to 20 and 40 million. They’re ridiculous videos, to be sure, but they have gained her a subscribership that allows her to continue producing great content. GloZell’s vlogs maintain a more personal connection with her viewers––the fewer, but more loyal subscribers who watch GloZell’s vlogs know her as a woman who uses wit to confront discrimination and prejudice—she’s more than just a funny daredevil.

Bethany Mota carved out her space in the Youtube community by developing into an instructor on beauty. As soon as makeup and hair tutorials became popular a few years ago, more and more women (and men) began to make content to fit this need. As the creators and their fanbases expanded, cosmetic companies entered the scene to encourage sponsorships and other partnerships. YouTube has entirely shifted how advertising works for an impressively large community of Internet users––and for the better. YouTube users trust who they’re subscribed to, more than anyone can trust advertisements on TV. A sponsorship from a trusted creator is just as good as a recommendation from a close friend.

Hank Green is a young environmentalist who makes up half of the Vlogbrothers with his brother John (yes, of The Fault In Our Stars fame). Together, he and John have spearheaded various educational and artistic channels, and are most highly regarded for Project For Awesome: a YouTube-wide fundraising project that perfectly represents YouTube’s success model. Project For Awesome is a live-stream “telethon” of sorts, where viewers choose the charities they want to support––after reviewing video submissions––by buying their favorite creators’ donated merchandise. This year alone, YouTube was responsible for over $1.25 million in donations.

Without a real understanding of YouTube culture, and the hard work put in by creators everywhere, it would undoubtedly seem inappropriate for these three to interview President Obama. Various news corporations proved to have an out-of-touch understanding of the Internet as they chastised Obama for wasting time in humoring this small, immature, niche community. Hank Green took to medium.com to defend himself and his fellow YouTube creators, and his points stood strong.

The Internet is entirely taking over media and culture. If it’s not YouTube alone, it’s Twitter or Facebook. People rely on Twitter for news updates––not only is it more accessible, but it’s often more honest and less jaded than TV news sources. YouTube, over the last five years, has become a way for people to explore the world alongside creators that they trust. Whether they’re making videos about fishtail braids, hunting and fishing techniques, symbolism in The Catcher in the Rye, or racial profiling by police, YouTube creators are protecting, representing, and promoting their followers. It is a form of media based on trust and communication, and it’s so much better than the often overbearing, irrelevant big time media industry.

YouTube is a perfect marriage of entertainment, culture, and real-world concern. Simply because it is a platform that celebrates all types of interests and lifestyles, it provides a more accurate picture of what this generation cares about. It gives more options than just Fox News or CNN, and it feeds no power-hungry industry. The immeasurable expansion of YouTube’s creative community has made way for tangible changes in discernment of media sources. It has created a place where you can watch someone swallow cinnamon without shame, and immediately transition to an informational video about rural health care in Ethiopia. It’s multifaceted, honest, and communicative. YouTube works. 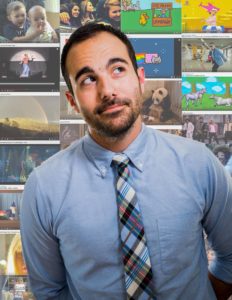