Home » The Legend Of Brian Williams 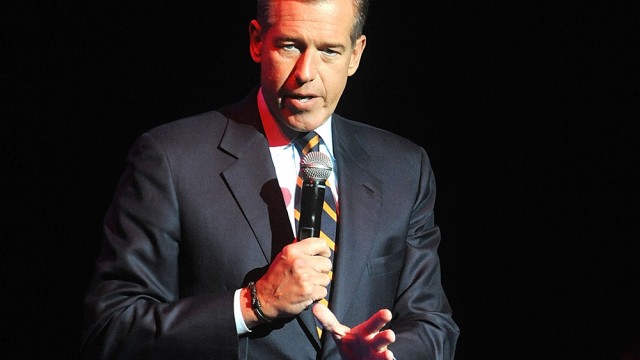 The Legend Of Brian Williams

Integrity is a word we hear all too often, a principle revered in our society, whether it is used to refer to athletes, politicians, corporate executives, students, or, in this case, news anchors. Perhaps integrity is so widely cherished because we live in a world where the quality seems nearly impossible to find. Turning to examples of Ponzi-schemes, steroid use, plagiarism, or bribery, it is easy to see the corruption that has become deeply integrated into everyday life. Although we are conscious of these instances of dishonesty, we are still culturally shocked to learn when persons of presumed integrity have been cheating the system–a shock I felt when I first heard about the Brian Williams scandal. On Jan. 30, 2015, Brian Williams “misrepresented” (according to NBC) the events that occurred while he was covering the Iraq War in 2003. Williams had falsely claimed for years that he had been in a helicopter hit by a grenade while reporting overseas. Instead, a nearby helicopter had been hit and Williams’ crew was forced to make an emergency landing as a consequence of the attack. The account, however misconstrued, has put significant pressure on Williams, who was recently suspended for six months without pay from NBC. Although criticism of the incident seems largely reactive, Williams’ embellishment of the story has nonetheless pitted him in, what I like to call, NBC’s very own “inflate-gate.”

Sure, the story’s inflation seems innocent enough given that Williams was present and endangered when the nearby helicopter was attacked. Yet the very incident has instigated an internal-fact checking investigation, questioning the legitimacy of various narratives throughout his career. Notably, the Huffington Post has pointed to one such narrative, inquiring about Williams’ claims of flying into Baghdad with SEAL Team Six. The issue I am concerned with, however, is not whether Williams should be fired or not, but rather, I am worried about the implications of a news anchor who believes he can bend the truth.

In a world overflowing with violence, debate, and controversy, the media acts as intermediary, disseminating the most pressing information through an unbiased lens. While the system is not perfect and the neutrality of networks is at times ambiguous, the news remains a fundamental principle to the political structure of the United States. It calls attention to global and national events and provides a forum for conversations about reform. Especially when considering the foreboding surrounding the 2016 presidential elections, the media is needed to provide the background and political ideologies of our country’s future leaders—leaders that will undoubtedly affect the history of America. Whether the story be about war in the Middle East or what foods to eat, we depend on the media to provide accurate information. We are largely influenced by the news and therefore depend upon this accuracy so that we may develop factually concrete opinions. Without an honest media’s influence, how can we possibly hope to make the right decisions for the future of our communities and nation? Ultimately, the effectiveness of the press is rooted in both its transparency and integrity.

Most people, however, recognize that even the media is corrupt in its own respect and react to stories with some speculation. Williams’ mistake could be seen as harmless, a slight exaggeration that changed nothing. Yet Williams is a news icon, a celebrity whose popularity makes him trustworthy. The benefits of his popularity should subsequently increase his accountability, and any lie—no matter how small—must come under scrutiny. I am not arguing that Williams should be fired. But lying or “exaggerating the truth” sharply diminishes his credibility. Inflating stories is useful when you want to talk about how crazy Friday night was or how badly you failed your stats test, but on national television, where the consequences of falsified stories become dangerous, lying cannot be tolerated. Williams’ actions also make me question how many other reporters have taken similar liberties with the truth. If we can no longer trust our news anchors, then the purpose of the media has therein failed. If the media has failed, then so too has the fortitude of our political system.

Integrity is a principle we all desire. Let’s make it a standard to live by.