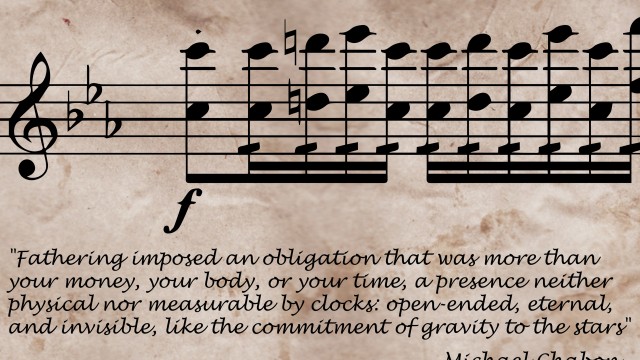 An Author’s Take On Kendrick Lamar

“Six in the mornin’, fire in the street. Burn, baby, burn—that’s all I wanna see.”

Although you can’t quite see it, those words leave a trace of something on your retina that won’t go away. There’s a surreal kind of disturbance to burning streets at dawn: it’s unnatural. And the creeping manner in which Kendrick Lamar brings you the image lingers just as long, giving voice to a subdued collective unconscious of the oppressed, which seems to get some kind of sick pleasure out of watching the world burn.

These are the opening lines of his recent single “The Blacker the Berry,” and if you can believe it, they’re on the milder side compared to the rest of its lyrics. Vivid pieces like “I’m black as the heart of a f—kin Aryan” and “He get a chain that he gon’ bleed him” strike deeper than most whole sonnets, and make that first one seem like something off the Sound of Music soundtrack.

The song, which borrows heavily in theme and subject matter from Wallace Thurman’s 1929 Harlem Renaissance novel of the same name, is a brutal five minute assault on racism, gang violence, and indoctrinated white supremacy. In it, the listener finds a shattering piece of indignant poetry that makes no apology for itself, equal in scope and ambition to the finest work of Rudyard Kipling, Tupac, and Tennyson.

But Kendrick doesn’t go for the jugular, not right away. Instead he climbs inside a quasi-schizophrenic beat laid down live by his band and delivers the delinquent, idiosyncratic brand of hip-hop vocal that’s earned him a fiercely loyal cult following. Through two distinct personas and nearly three octaves, Kendrick sings and shouts over the slow, corrosive burn of a backing track like a featherweight boxer throwing reckless jabs at man twice his size in a lead vest. He doesn’t let up, and barely takes a breath.

The song pounds along until the music fades out and he grunts out its final devastating anti-crescendo: the word hypocrite, stated as a backward lamentation for the song’s final, poignant couplet:

“So why did I weep when Trayvon Martin was in the street? / When gang bangin’ make me kill a n—a blacker than me.”

It’s this final rhyme that has famously garnered the attention of Michael Chabon, the Pulitzer prize winning author of Telegraph Avenue and The Amazing Adventures of Kavalier and Clay. Taking to genius.com, the writer expounded rather brilliantly on the rhetorical trick that Kendrick is pulling with the song, pointing out that Lamar refuses to explain his calling himself “the biggest hypocrite of 2015” at the beginning of each verse precisely so that he could do it here at the end, where it hurts the most.

This is an epiphany of Joycean style and proportion. A revelation that shifts the song’s emotional center and sheds new, unflattering light on each word that comes before it. This couplet marks a twisting of the knife that Kendrick slipped into your side three verses ago—the one whose sting you were too wrapped up in righteous anger to feel.

Now, I should take a moment here to note that I count myself among the dorkiest, most over-privileged white men on the planet—I’ve got the jump shot to prove it. Thus I feel relatively ill-equipped to speak with any authority on what a song like this means to Kendrick Lamar and the community he’s singing it for.

Though I can’t imagine that Michael Chabon felt much differently. There is a certain awareness to his commentary, as if he’s treading carefully on dangerous ground. When working with a piece of writing that draws so heavily from such a deep well of pain and near-ancient hatred, it’s easy to come off as an outsider, who doesn’t get it and never will.

And so it’d be perfectly understandable if public opinion turned against him for pointing out what he did, and making what would initially seem so akin to a condescending denigration of the black community, which did weep—along with the rest of the world—when Trayvon Martin went down in the streets. No one would have minded if they had doomed him to be, like the wide-eyed white boy Julie from his novel Telegraph Avenue, “drowned in the tide of his embarrassment on behalf of all uncool white people everywhere when they try to be cool.”

But he’s got much nobler intentions than simply showing off or being cool. There is a world that he’s trying to bring to life—one that looks very much like the one he so brilliantly builds within the pages of Telegraph Avenue. It’s one in which a used record store, staffed by Nat Jaffe (white) and Archie Stallings (black), is the center of a cultural universe. Young, old, black, white, bisexual, homosexual, and hyper-sexual people congregate within to discuss old jazz music and the daily goings-on of the neighborhood, their only price of admission being an honest interest in old records and a few minutes to spare.

It’s a world cultivated in the written word with music at its center. As he notes in an interview with The Guardian, Chabon created it, in some sense, because he’d moved so far away from home and become what he called a “racist.” Pressed for elaboration, he ponders out loud that this particular brand of racism occurs “whenever one group or class of people becomes invisible to you.”

Just like the heartfelt verses of “The Blacker the Berry,” Michael Chabon’s novel is a fascinating piece of modern literature, written out of a profound disappointment in himself and the community he lives in. He isn’t writing about the friendship of a white guy and a black guy, just like Kendrick isn’t just writing about his own hypocrisy.

He is making a profound statement, with both his novel and continuing displays of appreciation for Kendrick Lamar’s music, on the power of music, poetry and prose to unite human beings in their affinity for art and shared experience.

We would all do well to develop an appreciation of statements like this, and teach our children to do the same thing.