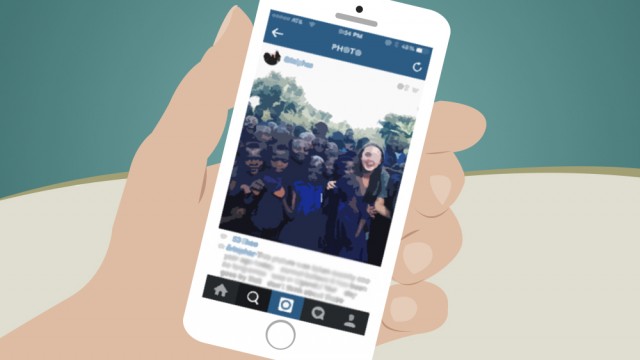 Many Boston College students returned to campus after Spring Break with memories of partying on Miami Beach or simply spending a quiet week spent at home. A quick glance through any BC student’s Facebook feed in early March, however, reveals that Spring Break activities are not limited to these two things. In fact, we are quite militantly informed of the generous service of “Appa” and other volunteer groups, whose photos inundate our newsfeeds every year. The imperative question we must ask ourselves is how much “good” these trips really do in the name of service of impoverished areas.

The notion of a Spring Break or summer trip wherein young people (generally college students) travel to a poor area to do service is a long-standing activity that has been branded as “voluntourism.” As NPR explains, voluntourism is one of the fastest growing trends in travel today. In fact, more than 1.6 million volunteer tourists are spending about $2 billion each year to finance such trips.

In the abstract, the principle and imperatives underlying voluntourism seem well intentioned. Many people are skeptical of voluntourism’s rising popularity, however, questioning the initial motivation for such trips. In fact, college students have notoriously used these trips as a means of further legitimizing resumes rather than using them as an outlet to express a genuine concern for the poor.

Moreover, there is often a question of the legitimacy of duration inasmuch as most of these trips only last about one week or one month. We must ask ourselves how much change or benefit can possibly be affected in a trip with such a short duration.

One medical student and contributor to the Pacific Standard Magazine, Lauren Kascak, reflects on her experiences during three international health brigades, short-term visits to developing countries that involve bringing health care to impoverished communities in a recent Pacific Standard article. Having felt fulfilled when actually on the trips, Kascak ultimately calls them “disillusioning.” She first recalls that she ended up taking over 300 photographs on her first trip.

The interesting thing about voluntourism is that it barely does any advertising, and yet, remains a booming industry. What accounts for this is the self-sustaining role of the commoditization of volunteering. Kascak herself was inspired to go on her first health brigade because of photographs she saw on Facebook from her colleagues and friends who went on these trips. The artifice of the photographs made her truly believe that she was missing out on “pivotal and fulfilling pre-med experiences.” Kascak felt increasingly uncomfortable with the photographs that she saw and those that she took herself (“perfect” photos modeled after ones she had seen). As a self-proclaimed insider in the commoditization of service, Kascak concludes that there are two trends in social media photography that depict “the suffering other” and “the self-directed Samaritan,” each of which carries artificial and paternalistic connotations and predicate projection and advertisement of service over the activity itself. She concludes by saying that “voluntourism is ultimately about the fulfillment of the volunteers themselves, not necessarily what they bring to the communities they visit.”

Having been exposed to voluntourism in high school in the form of a three-week service trip to Quito, Ecuador, I can testify to many of these common gripes against it. The “service trip,” with its regimented schedule that included about the same time allotment for spending time with children as it did shopping and sightseeing, made many feel uneasy.

Perhaps the biggest consideration in voluntourism discourse is that of financial economy. For example, the cost for a student to go on the aforementioned Ecuador service trip was approximately $3,000, and extending this to the aggregate of the group of 20 students, about $60,000. The capital used to finance the trip for all the participants would, without question, be put to better use if it were sent directly to the area being served.

A counterargument to this assertion comes from Jesuit theology, that an intangible “ministry of presence” is more sustainable than a temporary financial influx. This simply means that there is more value in cultivating memories and spending quality time with people in these areas, rather than cutting them an impersonal check. Ultimately, the value of these trips is in the spiritual benefit that volunteers confer on the people whom they serve, and vice versa. The case can be made that there certainly is value in a “ministry of presence,” but the notion that it is of greater benefit to these communities than a financial gift would is far too idealistic. Ultimately, the $2 billion-plus spent financing these voluntourism trips on an annual basis has the capacity to affect substantial and sustainable change in impoverished areas all over the globe, especially considering the disparity between health care and other life-critical costs in these developing nations relative to the United States.

With respect to financing, a comment must be made on the unacceptable way that service groups solicit donations from the student body. The way that members of these groups harass students in dining halls further tarnishes the already tenuous viability of service in this collegiate context. Pestering and coercing students into donating meal plan money completely contradicts the underlying premise of service, that it ought to be individually and genuinely motivated. The service members asking for money should put a sign up for their cause, and we, as capable BC students, can use our capacity to read it to decide whether or not we would like to donate.

Ultimately, this represents an on-balance critique and is in no way a condemnation of all the service that is being done by young people and college students today. Voluntourism is not a pseudo-adaptation of Western colonialism (as Kascak would go on to suggest). Voluntourism certainly does not do any harm in the tangible sense. It is ultimately a question of opportunity cost. 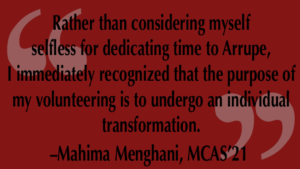