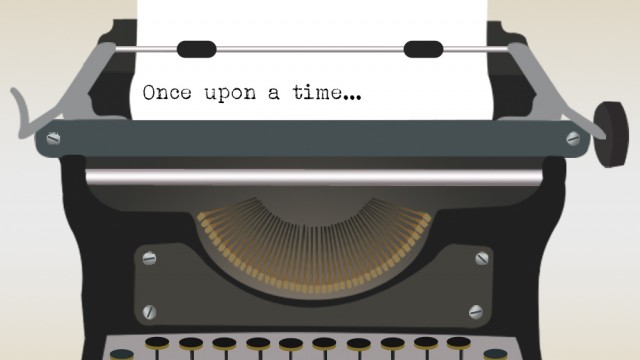 “They’re very close,” Kevin Barry says in a dirty South-Irish drawl, “this business of writing and being absolutely crazy.” He’s in a crowded room at the head of a small square table, waxing eloquent in a brown bowler hat and two tattered scarves. Till he sat down, the table hadn’t seemed to have a head at all.

Around him sits the congregation: professors, 11 ragged undergrads—here of their own volition—and a piddling group of graduate students. Only nine sit at the table itself. Others gather along the walls or out in the hall, bunching up under the doorframe like inbred fruit-flies. They’ve sealed the place off completely.

The author takes a long, hard of swallow of something from a paper cup and drops it down half-full, making a mock grimace like Clint Eastwood in Unforgiven. Barry takes his first full breath since beginning to speak 10 minutes ago. It doesn’t last long.

Not that he moves too quickly or rambles. Every word thus far has been measured and calculated, every phrase connected. It’s the sort of cadence and rhythm you pick up as a young frustrated actor, he’ll say a few hours later. His speech, even reduced to dialogue, takes on the familiar rhythm of a good song: languid and lettered like jazz; hard, sincere, faltering like the blues.

“In the beginning, of course, you spend quite a lot of time hearing voices,” he continues. “And when you live in Ireland—this wet, miserable little rock on the edge of the black Atlantic—you’ve got to find a few good ones to help you stand out. Sometimes you feel like you could throw a stick over there and hit two poets or playwrights over the head.”

With fiction like his, it’s hard to believe the guy ever had a problem standing out. His books (one novel and two books of stories) are about as clever, brave, and idiosyncratic as anything that has come out in years. He smiles out of the right corner of his mouth like he knows it.

“Well, let’s do a bit of reading then, right?” the writer says. He picks up a worn copy of Dark Lies the Island, his 2014 collection of short stories, and starts flipping through the pages. “Hold on,” he says, slamming the book shut. “Let’s do this one first.” He takes a folded stack of old, white paper from his jacket pocket and holds it up for the room to see.

He pats it down and works a few creases out on the table. The crowd watches, ready for whatever’s coming. When the papers are all in working order, he lifts them up to eye level and takes another sip out of the paper cup.

“I should note, before beginning, that The New Yorker took my numbers out of this story.” He’s referring to the original section headings, which count up from one to 17 as the narrative moves. “I’ve always loved those numerical headings in short stories,” he says. “Whenever I come across a piece that has them I flip straight to the end to figure out where the whole thing’s going. There’s a suspense that they give to the narrative that you can’t get any other way. Don’t you find that?”

Everyone in the room nods in agreement. Although, if he’d said, “Don’t you all just love clubbing baby seals?” or “Forest fires are great, right?” they’d have likely done the same thing.

“After finding out that the magazine had taken them out to put in these little stars,” he points a stubby finger at the page’s asterisks. “I went into what can most aptly be described as a cold fury.”

With that, he runs a hand through his hair and reads the title aloud. Or, more accurately, he declaims it. Delivers it like a four-word sermon on judgment day.

“Whenever you read my books,” he adds, “from now on I’d like you to do it in this voice. That’s the accent they’re written in, and I’d love ‘em to be read that way. Yeah?” More nods.

When he begins, eyes widen and mouths (literally) drop open. Lines are delivered violently, with a savage fluency. “He had been planting babies all over the Ox Mountains since he was 17 years old …”

From this point on, he holds them in thrall. Two professors pass by midway through and stop in their tracks to listen. Someone’s cell phone lets out a ping and the owner looks worried she’ll be stoned to death. For most of the story, though, they laugh. And not in the typical New Yorker laugh-so-they-know-I-get-it fashion. These are real belly laughs, forceful and unrestrained.

Then comes the end.

They’ve followed him through Sligo and up the Ox Mountains—from nightclubs to forested slopes and their jagged, rocky valleys. They’ve found death, sadness, a dismayed meditation on the nature of life itself. The room goes a whole different kind of quiet. They clap.

It was about three weeks ago that I saw Kevin Barry speak in a seminar room in Stokes Hall, and I don’t know that I’ll ever forget it. If we’ve got a word in the English language for the kind of storyteller that he is, I haven’t yet come across it.

Attend enough half-hearted readings and book signings, and you’ll forget what a good author is supposed to do. You’ll get caught up in responsible literature and all its multicultural undertones, trying like mad to pull papers and politics out of it. You’ll stop thinking about stories.

That happened to me, and seeing this guy read was the slap up the back of the head that I needed to snap out of it. If it’s been awhile since somebody told you a good story, run out and get hold of one of his books as soon as you can.

stories kevin barry
The Lyons Den: Rethinking The Name Of The Rat
Lively Gives Timeless Performance In ‘Age Of Adaline’