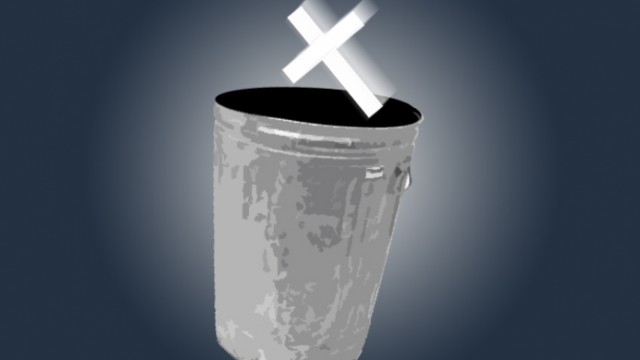 Not long ago I was browsing through Boston College’s “facts” page when I saw the line “70 percent of students identify themselves as Catholic.” The line was interesting to me because after I (someone with little theological education) read that I doubted that these Catholics could be the same ones that I walked by every day on campus. The way they talked, the way they acted, the things they consumed their time with—these patterns couldn’t be matched up with what all my books were telling me a devoted Catholic was. 70 percent seemed like a deceptive number of people compared to what I witnessed in my day to day life.

I can remember last summer, at a BC-sponsored sendoff party, all of the former freshmen were called up to discuss their first year experiences and give advice to the new freshmen. Someone asked a question regarding Mass. I basically remember: “My friends and I try to attend church, but it’s hard sometimes. [Crowd laughs.] Eventually I’ll feel guilty enough and go.” I remember the crowd laughed again, but my smile faded. He spoke about “having fun” on weekends, so it was hard for him to go to church. Perhaps I read too much into this answer, but it seemed that for him, church acted as a divine moral eraser that washed his sins clean every weekend so long as he showed up, said the words, and made the gestures. I am sure he identified as Catholic when applying to BC.

I should note, however, that whoever wrote out the BC facts page was no fool. Note the subtly placed “identify.” They could have written “are,” but I’m willing to bet the word choice was no mistake. Why then did they bother to put that bullet point down if they were aware of its misleading semantics?

From a quick glance, this could legitimize BC’s religious affiliation, but to anyone taking the time to ponder the matter, the word choice is significant. In this respect, both the people who identify as being Catholic at BC and those who have created the BC fact sheet have been deceiving the world—and perhaps themselves, as well. They’d both like to think there’s something of sustenance within them and surrounding them, and perhaps for some of them they truly believe there is, but to those more aware, the truth seems to be a bit hollow.

Now, I’ve been a bit vague up until this point, but to just come out and say it: identifying as something means s—t-all compared to actually living that identification out—and to identify as that label—in this cwase Catholic—without at least trying to live it out in a true way, is a disgrace to those who sincerely follow that faith. This, I would like to note, is coming from a classic indecisive agnostic who was never raised with a strong religious presence.

The problem here, however, isn’t one of religion but one of simple initiative, genuineness, and critical thinking. I’m tired of people identifying with labels without knowing what they’re talking about or without actually committing to that label. We have a duty as people, and especially as people in positions of relative wealth and future influence, to take the time to become aware of things we talk about, side with, and consider our identities to be.

While I used Catholicism as my base board, this problem affects everything. If I may use two friends who I very much like but must criticize as an example, I can further illuminate the problem. The first friend, when we were talking about how his new girlfriend was Jewish, stated that if things continued to go well in the future, he’d consider converting to Judaism for the sake of convenience. Now, I applaud my friend’s commitment to his girlfriend, but this is just the kind of thing that makes me want to grab his pudgy little cheeks and shake him. I’m no scholar of Judaism, but a central aspect of it, and every other religion, is having a deep, profound commitment of the whole person to that faith, not a shallow conversion for the sake of convenience.

I think that’s the perfect word for this short essay: shallow. People need to stop being shallow when it comes to important things.

My other friend is Jewish as well, and while his problem is more political, I suppose it is in essence the same thing: a refusal to educate oneself and handle delicate matters with the care they deserve. The gist of why he peeves me is that when it comes to the Israeli-Palestine conflict—he comes off as one-sided and vehement in an obviously biased way. I won’t mention it here, but for anyone who cares to do their research, it is clear that Israel isn’t quite the morally clean ally we’d like to believe they are.

For anyone who’s reading this, I beg of you, please be informed. Please live a more profound life. Be educated before making a decision. Make choices with commitment. We live in a world with such readily available information. All you need to do on your part is sift through the bulls—t and try to be considerate. As for my religion rant, truly question whether you follow the dogmas of your faith. Having real faith and commitment has enormous benefits and can pay off in dividends.