Home » Cycling Suns: What We Need To Do To Meet Our Passions 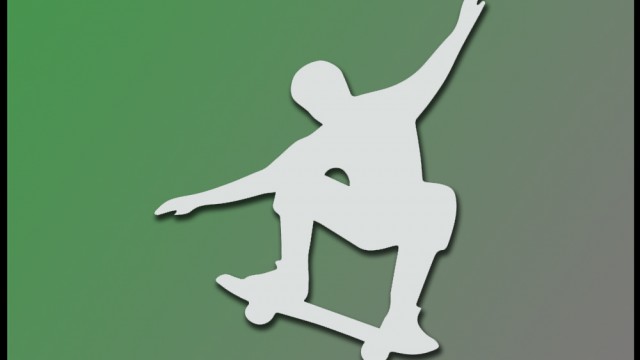 Cycling Suns: What We Need To Do To Meet Our Passions

The skateboarder in Copley Square leans forward slightly as the ground beneath him distorts, and onlookers stiffen as the skateboard leaps from the top step and slams onto the cobblestones below. The skateboarder remains surprisingly unhurt, even after having attempted this same feat for the past 20 minutes. Every time he fails, he pulls up his shirt so that we can see the pale, skinny body covered with tattoos. He shakes his head and mutters self-reproaches as children, perched atop the dry fountain nearby, howl with laughter. And then he runs up the stairs, disappears around the corner, and restarts the process.

The skateboarder’s predicament serves as a reminder that success is not guaranteed—in fact, the dream of success often lures us into embarrassment and dejection. We may escape the earth only to crash against the cobblestones mere moments later. Why, then, do we bother to dream of sticking the landing in the first place? What is it that motivates us to yearn for distant objectives, and why are we compelled toward certain specific dreams?

We live in a world in which the only apparent constant, paradoxically, is change. We are victims to change, forgers of change, professed believers in change, and we remain ever susceptible to change. There remains within all of us a desire not only to change, but also to develop and expand continuously. We are awakening suns that desire to reach that midday peak in which we radiate our greatest strength. Yes, we may encounter loss, but we consider the effort worthwhile. We hope that even when we decline into night, success will not have been completely lost but rather diverted for a moment—that at the next day’s noon, we may revel in the joy of our paramount existence more than before.

To be the sun is our known objective—how we get there is our unknown objective. This latter desire is the one that structures our hours and thoughts, and it is what truly sustains us. It is for a continual engagement with this desire that we strive, and with the dissolution of our interests, we fall into despair.

If one experiences this internal demand as an insatiable impetus that commands his or her life, then he or she can claim to have passion. I’m unsure as to whether passions (1) exist and (2) act as a positive, but for the sake of rounding out this discussion I will explore the hypothetical.

In passion we would discover a force both exhilarating and terrifying, for it orders our existence so completely that everything else falls inferior to its commands. An absolute, by definition, contrasts against the precept of a world of continuous change—in adopting an absolute that advances our change, we mirror our universe’s paradoxical dynamics. I believe that in this alignment we are in our most natural state, and therefore bound to the greatest measure of happiness. As a result of diverging from a passion, we would be exposed to the greatest grief, for we lose the absolute that both centers and spurs us. Passion is the high from which we crash and the drug we would do best to avoid.

At the other extreme (opposite passion) is resignation, in which desires are disavowed as a means of self-protection. The philosophy behind an attitude of resignation is one of flawed logic: If I do not attempt to walk, a disciple of resignation believes, I cannot trip.  In return, of course, this individual will never be able to leave his or her house. Where passion exposes the individual, resignation hides the individual—one practice speaks of brashness, while the other indicates cowardice.

Desire is the happy medium through which one may entertain risk while remaining within the bounds of reality. The skateboarder acts as a prime example of this concept: He does not abandon his task when faced with difficulty, but he does allow himself occasional respite. His efforts in both exertion and moderation bespeak a desire that transforms his Sunday afternoon in Copley Square into an exercise well spent in expansion of the individual.