Home » ‘Everest’ Climbs To The Peak Of The IMAX Experience 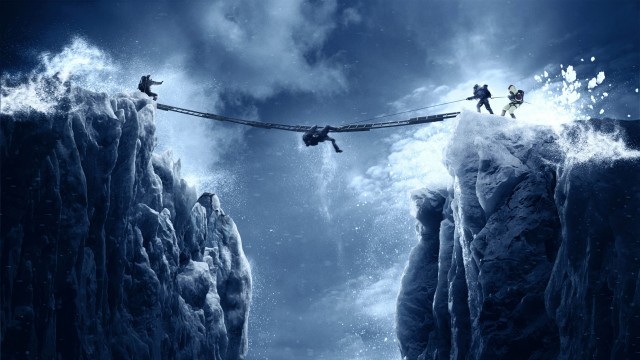 ‘Everest’ Climbs To The Peak Of The IMAX Experience

When you’re a little kid, or even if you’re twenty and have no climbing experience, it’s hard to imagine what climbing Mount Everest could possibly entail. Sure, we can all understand, to some degree, that the climb is sublime and life threatening, but how can we have any idea what it’s like up there. It’d be hard to imagine how long the climb would last, what conditions you would face, and where the perils of the climb lie. Baltasar Kormakur puts these questions, and others, to rest in his thrilling, chilling, and at times genuinely terrifying biographical disaster film, Everest.

In the early ’90’s, professional mountain climbers began forming annual commercial expeditions for amateur and professional climbers alike to climb up to the peak of Mount Everest. Rob Hall, (Jason Clarke) an Australian climber, founded such an expedition team, Adventure Consultants, in 1991 and took crews to the peak of Everest each year over the next five years. In 1996, however, disaster struck Hall and Scott Fischer’s (Jake Gyllenhaal) teams when a series of storms rolled over the mountain unexpectedly as the two groups were descending from the peak, trapping around a dozen climbers near the top of the mountain. Among Hall’s team was Beck Weathers, (Josh Brolin) a doctor from Texas, Yasuko Namba, (Naoko Mori) a professional climber, and Doug Hansen, (John Hawkes) a mailman. While the teams were actually composed of around a dozen people each, eight people were the primary victims of the storms’ rage.

What’s most remarkable about this film is its loyalty to fact over fiction. In some areas, the film loses a cinematic effect in favor of relating what actually happened rather than what might look good on-screen. There isn’t artificial excitement found in this film. The thrill and terror it exudes exist in the sheer effort given in climbing Everest and the stakes that are so very obviously on the line in doing so. There isn’t a moment where Rob Hall jumps to the rescue at the last second and everything’s fine again. Some of the climbers meet their fates in very sad, very undramatic ways. They just simply fall.

That being said, when disaster does strike, the cast handles it in a seemingly strange and unemotional manner. It would be understandable that, upon hearing that her husband was trapped at the top of Mount Everest, Jan Hall (Keira Knightley) would act hysterical. Instead, Knightley decided to act rather reservedly concerned. Even as the circumstances become direr, she retains this calmness that seems unattainable under that kind of stress. It’s important to note, however, that Rob and Jan Hall, as well as the maintenance crew of Adventure Consultants, had several years of climbing experience and that they may have approached these conundrums with a different perspective than an average viewer. It may be that the actors weren’t very genuine in their reactions to the tragedies that befell these climbers, but it’s more likely that this cast understood the attitude of a climber better than the average viewer is able to perceive.

Experienced climbers and their families and friends know the risks that come with the passionate hobby and so they may be more ready to accept the consequences of their endeavors than we may think.

Everest does an amazing job of showing why climbers go to these risks to achieve such seemingly insurmountable odds. There’s even an acknowledgement from the characters that almost no part of the climb is actually enjoyable. The thrill and ecstasy of the climb is pinpointed to one and one point alone for these climbers: the peak. It’s intriguing to see that no matter how close some get to the peak of the mountain, these climbers feel that they’ve absolutely failed themselves if they can’t get to the very top of Everest. For them, it’s all about that one moment at the top and the rest is a totally horrendous trek.

An IMAX viewing of Everest is almost demanded in order to attain the most epic experience. The moving glaciers, iced over rock formations, and comparable distance shots in this film are tremendous and provide a perception of Everest that could never be outdone on a television set or in a standard theater. The IMAX theater rang with “oohs” and “ahhs” at the magnificence and opulence of the mountain’s valleys and hills. While the story of the climbers is essential to Everest, the nature shots in themselves were outstanding enough to captivate an audience for a few hours.

Everything about Everest feels undeniably real and that’s its most memorable and impressive feat. Everything from the characters’ gear to their presence on the peak of Everest looks so believable that it’s hard to imagine this film being shot in a studio. Was Josh Brolin actually at the peak of Mount Everest? No. But it damn well looked and felt like he was. 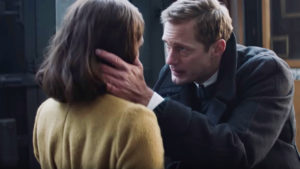 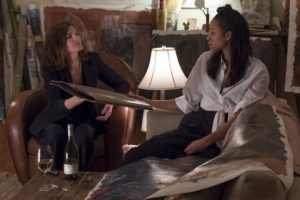