Home » First Responders Are The Last In Line 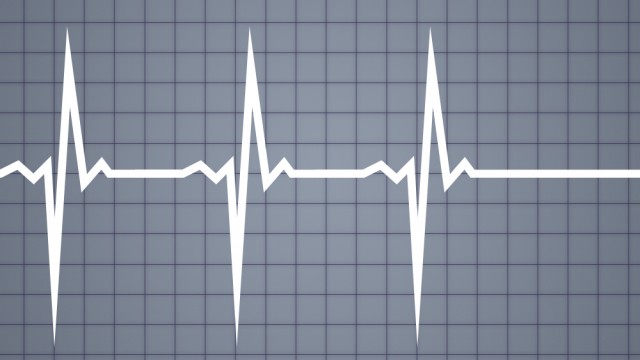 First Responders Are The Last In Line

The doctor conducting the autopsy found his lungs austere and unyielding—they’d swollen to about three times their normal size. Inside were gathered traces of talc, cellulose, and various plastics, identified weeks later by a specialist. Only when his heart stopped was it allowed to rest from a fight it had kept up for five years, pumping blood through the tattered veins and capillaries that riddled his body.

On the morning of Sept. 11, 2001, he’d been about a mile from his home in New Jersey, driving back from a court appointment in the city. News of the attack came to him via the car radio. Despite pleas from his wife to stay home, he turned around and headed toward the pillars of smoke.

He made it through the morning, and stayed at the site for days. He lifted glass-laden rubble, cleared away metal scraps, and searched for survivors through unending clouds of caustic dust, thick and deadly as an oil-and-Drano cocktail. He saw death, desolation, and carnage during those days the way a jailed man sees metal and concrete. They were on every surface. They were in every direction. Their presence became an inextricable element of the atmosphere.

Over the years that followed, Zadroga developed a persistent cough and the beginnings of a few serious respiratory issues. By 2003, he couldn’t walk 100 feet without stopping to sit down.

He visited a few hospitals a month, all of which turned him down. On occasion, they’d throw a few prescription painkillers his way. Most often, it was Oxycontin or Vicodin. He took to grinding them down to a powder and injecting them straight into his bloodstream for higher potency. The mainlining started to affect his inner organs. Whether his drug habits were what killed him remains in dispute.

The New York City Medical Examiner’s Office, however, seemed sure. Almost two years after he died, long after they’d declared him the first NYPD officer to die in connection with internal injuries sustained at Ground Zero, they announced that they were “[certain] beyond doubt that the foreign material in [Zadroga’s] lungs did not get there as the result of inhaling dust at the World Trade Center or elsewhere.”

The damage to his system had been done, the Office claimed, through self-injection of various narcotics over a long period of time.

“We wanted to have a hero, and there are plenty of heroes” NYC Mayor Michael Bloomberg said to a room full of reporters. “It’s just in this case, science says this was not a hero.”

The mayor seemed to harbor such disdain for Zadroga that when asked whether he’d consider adding the officer’s name to the official list of victims from Sept. 11, he flat-out refused. That Zadroga self-medicated to dull the pain from granulomas in his lungs didn’t seem to matter, nor did the fact that he needed stronger hits of the drugs because he didn’t know whether he’d ever get more.

Every year, the names of the victims are read for an audience. There are 2,977 of them, so it takes most of the morning. The names also etched onto the walls at the National Sept. 11 Memorial in New York City.

James Zadroga’s name isn’t spoken with the others, and it’s not written on any walls.

It is, however, right on the front cover of S.2844, a bill that funds the $2.4 billion World Trade Center Health Fund. Better known as the James Zadroga 9/11 Health and Compensation Act, the bill squeaked through both houses despite a lengthy Republican filibuster, and became law on Dec. 22, 2010. After a long series of battles to include different types of cancer and respiratory infections, the fund now covers 46,820 first responders. These are people that reflect the bravery and valor of Zadroga, and are still facing a variety of health issues stemming from their actions.

Keep in mind that the filibusters we’re talking about aren’t those Mr. Smith Goes to Washington-style showdowns, when one guy stops floor activity out of passionate opposition. They haven’t been used that way since the early 20th century, when conservative Southern senators used them to block certain pieces of civil rights legislation.

Today, the filibuster is a way for senators to avoid votes on things they’d rather not deal with. The threat of one looms over all legislative proceedings, and only the most safe, sterile bills have any hope of escaping without one. So, it was a small miracle in itself that the bill ever got out of Congress—under the stipulation that it wouldn’t include certain deadly (and expensive) cancers, and would expire every five years.

They made that deal five years ago. Today, most of the diseases that need coverage have been added to the bill, but the deadline still hasn’t gone anywhere. On Wednesday night, when the deadline came and went, the bill expired.

Despite calls to action from Jon Stewart—who made passage of the bill something of a passion project with his final show—and visits from real, suffering patients, Congress let the deadline pass. They talked about the TSA instead.

Advocates for the fund estimate that they have enough money to last almost one more year, but it’ll all be gone by next October if the bill isn’t extended. The sick will get worse without treatment, and people will die.

Extending benefits indefinitely would be easy. A simple provision would allow the Fund to remain active until the final ill first responder dies. Owing in part to restrictions on certain diseases that are still in place, that probably won’t be very long anyway.

Instead, those afflicted march up to Capitol Hill every few years, some of them in wheelchairs, to remind everyone that they’re still there, and that they still need help.

Sadly, there really isn’t much we can do about it. Since the bill expired, Congress has absolutely no obligation to pick it back up. To tell them otherwise, you can Text “911” to 877877 to get connected with a representative. Do everything in your power to not forget the story of James Zadroga.

No Help: How Far Humanity Can Go For The Refugees
Irish Writer James Joyce And His Work Honored In Burns Library