Saturday, Oct. 17, 2015. Don’t forget it. That’s the day we saw the most exciting finish in the history of college football. Savor it, because I don’t know how it’s going to get any better. Unless, of course, if you’re a Michigan Man.

While we prepared to watch Boston College take on No. 5 Clemson in Death Valley, the Big House was rocking. Mark Dantonio’s No. 7 Michigan State Spartans marched into Michigan Stadium to take on the Fightin’ Harbaughs. Many picked the No. 12 Wolverines to maul Little Brother with a good ol’ Midwestern noogie, given Michigan’s three consecutive shutouts of Power Five teams. With 10 seconds left, that looked like what was going to happen. A stop by Sparty forced a Michigan punt, but a clean kick should’ve put that game away—a 23-21 victory for the boys in Maize and Blue.

Then, punter Blake O’Neill fumbled the low snap. On came the Spartans. Grayson Miller hit O’Neill mid-air, knocking the ball right into Jalen Watts-Jackson’s hands for the score. History had been made.

And yet, the larger issue persists. What the hell is going on with kicking this year in football?!

Sure, the NFL kickers have an excuse—sorta. This season, Roger Goodell, the NFL commissioner and otherwise known by those outside New England as “His Most Humble and Reasonable,” moved the extra point from a distance of 18 yards to 33 yards, with the hopes that a PAT will no longer be as automatic as it previously was. So far, he has gotten his wish—entering this week, kickers completed 354 PATs on 372 attempts, a 95.2 percent success rate. Although that’s still incredibly high, consider that, in 2014, kickers made 1,279 extra points on 1,287 attempts: a completion percentage of 99.4.

The Tampa Bay Buccaneers and Pittsburgh Steelers have experienced this firsthand. Kyle Brindza, a former standout at Notre Dame, was released by the Bucs two weeks ago. In his short NFL tenure, he completed only six of his eight PATs, while shanking half—six out of 12—of his field goals.

That doesn’t compare to the Steelers’ woes. Their first two kicking options, Shaun Suisham and Garrett Hartley, fell in preseason to injuries, paving the way for Josh Scobee. He proceeded to miss four field goals in 10 attempts—his two misses against the Ravens made the difference in that game.

But it’s the college miscues that have been even bigger problems, ones that directly impacted the outcomes of games. Down three touchdowns in the fourth quarter, the Texas Longhorns came all the way back, only to lose 45-44 after kicker Nick Rose missed the extra point wide right. The same happened a week later to Charlie Strong’s crew against Oklahoma State. Punter Michael Dickson dropped the snap, getting off a weak 10-yard kick that set up the Cowboys’ game-winning field goal.

Let’s not even get into what’s happened here at Alumni Stadium.

So, what’s the solution? Some may go the sane route, saying we should train our kickers to handle pressure or simply kick better. Others may choose a more traditional one, like changing the rules to make it easier for kickers or recruiting soccer players—they actually use their feet in their sport!

I prefer the fun route. Let’s just get rid of kicking in football altogether.

C’mon, you know they’re trying to phase it out anyway. The NFL made that extra point rule to make it harder for kickers. Kickoffs have now been moved up from the 30 to the 35 to reduce returns and increase touchbacks. So instead, we’ll replace it with alternatives that are more amusing.

Throw it up in the air: Go back to the days of middle school, when you’d all do two-hand touch on the kickoffs because it was too dangerous to run headfirst into one another without any pads. If you’re like me, you probably also didn’t kick the ball because it went a mere 15 feet. Well that’s the same here. Use the strong armed quarterbacks (BC not included) to just chuck it up downfield right to the 1-yard line.

Coke and Mentos: Take a trip back to fifth grade, with your favorite science experiment … or the worst snack mistake you’ve ever made. Put these two bad boys to cover and you’ve got a goddamn rocket launcher. That’ll drill a ball straight through the uprights every time.

The Blob: You see these in camps by a lake, where the larger kid jumps on one side to launch the lighter one 50 feet into the air and down to the water. Just allow Connor Wujciak or any of the offensive linemen to jump on the Blob to shoot the ball in for a field goal. It may not account for accuracy, but the guys will have a lot of fun doing it.

Coaches playing checkers: Could you imagine Steve Addazio getting an extra point for BC by winning a battle of wits, intelligence, and skill on a red-and-black board versus the country’s best coaching minds? I won’t answer that. But it’s something we’d all like to see.

Long snapper duel: RIP Alexander Hamilton. You were gone far too soon. And if we had a duel like this with the two men by which the practice relies—the long snappers, not the kickers themselves—then kicking will be gone soon, too.

Teamwide Rock-Paper-Scissors: Okay, so time for more math. If you have an average of 95 players on each team, not including coaches, doing best-of-three against each other, you’d have to win at least 143 of 285 attempts to get the extra point. Jump it up to best-of-five for a field goal, and that’s 238 of 475. Let’s hope there aren’t a lot of ties.

The person who scored also kicks it: It’s always a joy when the big guy scores the touchdown, like the fullback (aka Bobby Wolford) or a defensive/offensive lineman on a trick play. The only thing that’d make it better is if he then has to go line up for the kick. Although it keeps the kick in there, at least it’d become more interesting.

Fan Kicking Contest (Sponsored By Allstate): Actually, I think it’d be more interesting if I or my roommates came in for the kick—you can find us in the first row by the goal line in the student section. One of them was his high school’s kicker, so that’d definitely be good for whatever team gets him to volunteer. Shoutout 90 417. Not only does the team get the point, but you also get free car insurance for six months.

Build-your-own-kicker: If your school has an engineering school*, compile your best team to build a kicker out of whatever is on the sidelines. They’ll have only 30 seconds—I have no patience for commercial breaks.

*In the event your school doesn’t have this, just go with the next closest equivalent. For BC, that’ll be the students from … uh … the Connell School of Nursing. Those terrifying practice dummies can sure do the trick.

Just use DraftKings: Whatever kicker is projected to get more points in your Daily Fantasy Sports league will do. FanDuel works just as well, just use the one your friend works for so you can snag some inside info. 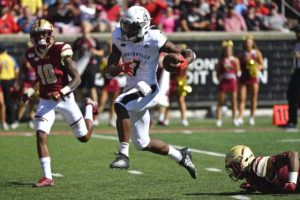 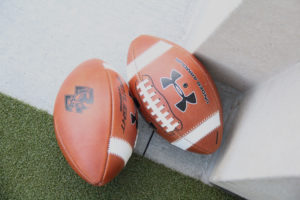