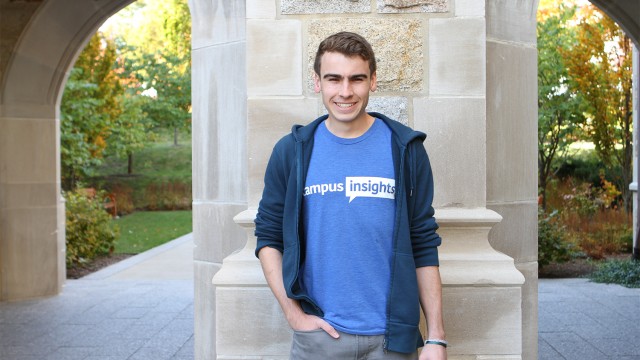 Riley Soward, CSOM ’18, chose Boston College because he knew he wanted to get involved in startups.

“When I was growing up, I wanted to be an inventor,” he said.

Soward, a California kid, credits his interest in startups to his experience in high school interning for an app focused on marketing toward other students. He decided to get out of his comfort zone in the Bay Area and make the transcontinental move to Boston College, where he was impressed by the faculty’s dedication to its students, as opposed to research.

Even as a college student, Soward has seen immediate success in the Boston business world. He was recently named to “Boston’s 25 Startup Founders Who are 25 and Under,” by BostInno—a feat that he said was completely unexpected.

“I only found out after a friend I have at a startup in Boston emailed me the link and just said, ‘Congratulations,’” he said, laughing.

He described the startup scene at BC and in Boston as an inviting culture and the startup ecosystem as collaborative and less competitive than in the Bay Area.

“Here everyone is rallying around companies that the community feels is going to take off,” Soward said. “I really like that kind of mentality and community that exists in Boston.”

Soward was attracted to BC because he wanted to get involved with startups on campus, and he specifically mentioned the Boston College Venture Competition (BCVC). BC, not traditionally known as a school associated with entrepreneurship, has recently taken steps to improve its reputation as a startup powerhouse. This fall, the Carroll School of Management launched the Edmund Shea Center, which provides students the skills needed to launch their own business ventures and careers at startups.

“I think it’s cool a University where entrepreneurship is becoming so interesting to a lot of individuals,” Soward said.

After just a year and a half at BC, Soward has lived out the plans he made en route to the East Coast. Soward’s own startup, Campus Insights, seeks to understand how students interact with a company’s product or service.

Campus Insights provides video feedback of users completing tasks on apps for clients. “These videos allow our clients to get a candid look into how college kids use their products,” Soward said. Campus Insights then generates reports and gives companies feedback on how college students naturally interact with its products.

Soward’s startup will also provide recommendations to companies on how to improve and expand on their products. Soward’s venture is currently working with companies that are prevalent on college campuses, including Venmo, LUVO, and Pingpad. Despite these successful relationships, one of the major difficulties Soward highlighted was that, as a startup founder, it’s difficult to track your progress and see if you’re doing the right thing.

Soward believes he was led to the startup space from a young age, when he enjoyed taking ownership of projects and creating ideas that he would then attempt to put into practice and grow. His startup took off after a meeting with a BC alum in a coffee shop in downtown Boston.

In the following months, Soward has grown his business out of his dorm room along with his brother, Stephen Soward, a senior at the University of Michigan. The pair worked on the initial project for Campus Insights over Winter Break last year.

Soward embraces the challenge of juggling schoolwork along with managing his own business. “For me, I certainly enjoy being in a classroom, but also building something tangible outside of class,” he said. In this regard, he believes that starting a business in college is the optimal time to take advantage of numerous opportunities.

“It gives you a safety net,” he said. “While you’re in college you can turn your free time into a company, which is a great opportunity.”

Soward believes that college students should play to their strengths when developing their own businesses. “As a college kid—what is something you can do today?” Soward said, who relied on his people skills, rather than technical skills to create Campus Insights. “For Campus Insights, our competitive advantage is that we have access to college students and more candid interactions.”

Looking to the future, Soward hopes to continue to grow his business beyond BC. He wants to ensure that Campus Insights is sustainable, so he recently brought on Ameet Kallarackal, CSOM ’18, to the team. Soward explained the two have worked together on projects in the past, and Kallarackal has always been interested in startups. Soward isn’t sure if Campus Insights will choose to put technology behind his product in the future, or whether his company will continue to brand itself as a consulting firm. He hinted that as Campus Insights takes off, it could potentially offer its services to those outside of colleges and universities.

Based on the success of his startup thus far, Soward believes that publicity has driven more traffic to his website than ever before. He is very excited that Campus Insights is starting to get recognition outside of the Boston area, and he hopes the buzz after the BostInno ranking is just the beginning for his business. 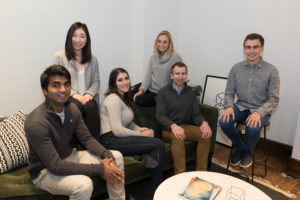 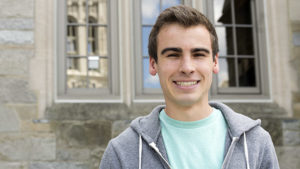