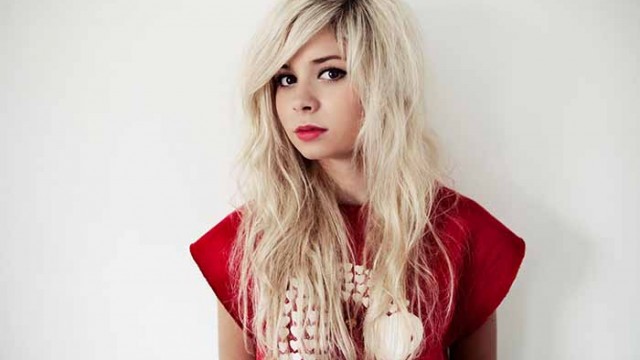 The ideas behind Nina Nesbitt’s music video for “Chewing Gum,” a song from her upcoming EP, Modern Love, are similar to the concepts of the song itself—simple, catchy, and unfortunately, repetitive. “Chewing Gum” uses a single visual gimmick to carry the three and a half minutes of audio, and if the end result is not revolutionary by any means, it is at least as eye-catching as intended.

The video begins opens on Nesbitt redressing as the previous evening’s conquest lies asleep and forgotten in the bed behind her, beginning a chain reaction. The presumed one-night stand moves through a quick background jump to a nightclub featuring a feathery blonde, who leaps through a similar flurry of camera-perspective tricks to flirt with another man. The dominoes continue to fall, with each new participant in the fleeting shots of bedrooms and crowded parties dropped—through the magic of editing—into a new partner’s arms.

The trick, of course, is that what is behind the walls is not just another room, but another moment, each as inconsequential and doomed to end as the next. At times, Nesbitt herself reappears after the latest jump cut, backlit in a foggy hallway and quirking an eyebrow to drive home her lack of attachment. This same impermanence is seen in the varied cast of characters tethered together only “until the flavor’s gone.”

This concept coincides perfectly with the song’s cycling assurance that its vocalist is uninterested in “forever,” and though the visual might not convince any wary viewers to feel the same, it plants a cynical seed of thought. By the time Nesbitt glides into a car at the end of the video and embraces the driver, the final participant in the game, there is a sense of imminent doom even as the intimacy is still unfolding onscreen. While pretty to look at, the video falls alongside its characters into a pattern it is unwilling or unable to break, and the resulting monotony leaves no soft sentiment for the audience after the final blackout.

nina nesbitt
To Promote Post-Graduate Success for Athletes, BC Launches Flight School
Tornadoes and Trouble in the Wyoming Wilderness