Home » Pushing Back Populism in the 2016 Elections 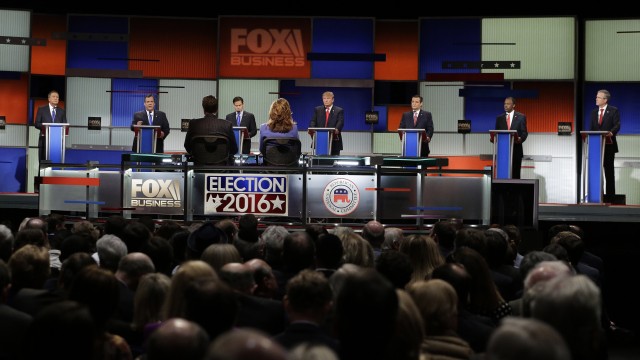 Pushing Back Populism in the 2016 Elections

The United States is experiencing a dangerous and dramatic shift within the 2016 presidential elections. Two extreme candidates, one from each party, have emerged at the front of the pack. Senator Bernie Sanders and businessman Donald Trump have both taken the political world by storm with their unlikely and unexpected success thus far.

The rise of both of these candidates is nothing short of shocking, but perhaps should be expected. Both Trump and Sanders, political opposites, have used the same populist message to garner support and achieve leads in Iowa, New Hampshire, and South Carolina. Trump has shocked the Republican establishment with his unexpected rise, and Sanders has mounted a serious fight against Secretary Hillary Clinton.

The unfortunate increase in prominence of both of these extreme candidates is very worrisome. Has America lost her way this much? Have we descended into a country where all that we care about is what we will gain? The success of Trump and Sanders says just this.

The populist appeal is nothing new. Leaders have used the concept for centuries as a means of acquiring and maintaining political rule. In most American elections, populism is not a significant or expected approach for a candidate seeking to become president. In this election cycle, populist appeals have taken root on both sides of the political spectrum.

Trump’s main points in crafting his populist message have been immigration and terrorism. Trump’s trademark plan is to build a wall and make Mexico pay for it. This proposal includes deporting some 11 million illegal immigrants from the United States, a highly improbable, yet attractive plan to many. Similarly, Trump has played on the fear of terrorism across the country and converted it into bigotry. He proposes a ban on all Muslims entering the United States, an extremely controversial and ignorant idea.

Sanders, on the opposite side of the spectrum, is perhaps the most radical presidential candidate of this decade, and instead of trying to shake off the socialist label, Sanders embraces it, calling himself a “democratic socialist.” Sanders’ success with young voters makes considerable sense. The rising burden of student loans provokes a growing sense of anger toward the establishment, and Sanders’ free tuition proposal is a rather appealing option. A sense of entitlement has also developed within the millennial generation, with more people feeling that the government owes them ever-expanding services, a drastic transformation from past values, which explains why Sanders is saying he would not be opposed to taxes nearing 90 percent on the most successful Americans.

Both of these candidates pose significant threats to the country. For Sanders, his problems are widespread. It is easiest to tell people what they want to hear, but getting things done is a much more difficult exercise. Sanders is the most radically left member of the U.S. Senate, a body that has been notorious for not getting things done.

As a president, Sanders and his radical policies would only add to the dysfunction of Washington by creating more partisanship and creating a gridlock between the White House and Congress. On economic issues, Sanders raises serious concerns as someone who believes that all colleges should be completely free, a laudable goal, but an impractical one at best. Even if the wealthiest one-percent was taxed 100 percent of its income, it would still not be enough to pay for free college for every American.

Furthermore, the essence and greatness of America come from the success of capitalism, which allows for the American dream and the potential success of anyone. High tax rates will inevitably damage our economic structure. Furthermore, Sanders’ lack of foreign policy experience is evident, and the country cannot afford another senator without substantial foreign policy positions.

Donald Trump, perhaps less benevolent than Sanders, is also an unacceptable choice for our nation. Trump has run on a dangerous populist platform. He preaches racism and bigotry, yet remains the front-runner. as he speaks to people’s fears. It is unacceptable that a presidential candidate would propose a ban on all Muslims entering the country. Trump lacks the intellectual characteristics or experience to be president, and his insulting rhetoric will not suit the job. Trump’s positions are vague and spoken without genuine conviction, almost all of his plans lack clarity, and Trump has laid out few real policies for the country other than saying that he will “Make America Great Again.” From a global perspective, Trump’s campaign has been a massive blow to the American image, and it can only get worse.

Fortunately, there are alternatives in this election cycle. America must resist the temptation of populism and unify behind a rational candidate. It is true that this election cycle lacks extremely strong candidates, but some more moderate ones are capable of leading our nation.

Hillary Clinton is not that candidate. Clinton’s service has been praiseworthy, but both her lack of real conviction and slick personality discredit her. It is hard to know if Clinton believes what she is saying, or if she is just saying it because Sanders’ success has forced her farther and farther left. Beyond that, her integrity and trustworthiness are not issues to be overlooked. Clinton is under investigation by the FBI and has been involved in other scandals.

American voters should look to qualified, dedicated, and moderate candidates like Chris Christie, Jeb Bush, and John Kasich. In response to Trump, these moderate candidates need to push back and paint a positive vision for America. Christie finds his strength in foreign policy, as he is willing to do what it takes to defeat ISIS. Jeb Bush is a critical thinker whose moderate tax plan and economic vision would benefit this country, but his last name would likely not help in a general election. For John Kasich, his moderate nature and his solid executive experience make him an excellent candidate who should not be disregarded.

Whether it is Bush, Kasich, Christie, or even Clinton, America would be better served than with Sanders or Trump. In a critical time for America, a strong moderate leader must emerge and gain support. America cannot afford to waste four years by electing an entertaining or radical president. It is time for the moderate opposition to mount, and for the country to think about the future.

donald trump christie republican conservative
Getting Through Winter with Stairs, Cheese, and Textbooks
Defending the Foodstagram 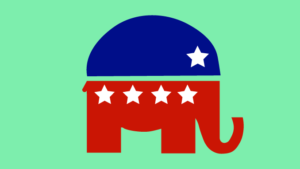