Home » Previewing BC Basketball: What to Expect From Louisville 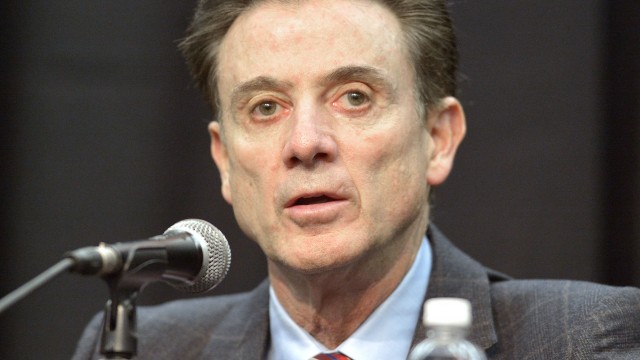 Previewing BC Basketball: What to Expect From Louisville

Louisville men’s basketball (18-4, 7-2 Atlantic Coast) will enter the KFC Yum! Center Saturday afternoon for a matchup with  Boston College (7-15, 0-9), but the game might be the last thing on the players’ minds.

On Friday, the program announced a self-imposed postseason ban amid an NCAA investigation into alleged sexual misconduct. The ban is an effort to lessen the severity of any NCAA imposed sanctions likely to come in the following months.

The misconduct was revealed in a book written by self-defined former escort Katina Powell, who said that she and other colleagues were paid by graduate assistant Andre McGee for sexual favors in order to entice recruits from 2010-14.

This announcement came as a shock and a tragedy to a stunned Louisville squad, which seemed poised to make a run deep into both the ACC and NCAA tournaments. The Cardinals 7-2 ACC record is good enough for second in the conference standings, and their 18-4 overall record has earned them the No. 19 spot in the nation. The news is particularly heartbreaking for the only two seniors on the team, Trey Lewis and leading-scorer Damion Lee. Both are fifth-year senior transfer students, who came to Louisville looking for their first chance to dance in March Madness.

Louisville will look to end its final nine games strongly, despite dashed hopes of an extended season. Coming off a big conference win against No. 2 North Carolina, the Cardinals will look to right the ship against the flailing Eagles.

BC is still seeking its first conference win of the season. This season has been forgettable at best for BC, which comes into Saturday’s game on the heels of a nine-game losing streak, with all defeats coming by double digits. The last win for head coach Jim Christian’s team came in December in overtime against New Hampshire. The Eagles will look for their first win against a ranked opponent since they toppled undefeated No. 1 Syracuse in February 2014. In that time, they’ve gone 0-13 against top-25 opponents.

Last Time they Played: The last contest between the two programs happened on Jan. 29, 2015, when the Cardinals defeated the Eagles 81-72. Led by Chris Jones and Terry Rozier, who combined for a whopping 51 points, Louisville created separation in the second half after heading into the break up just two. It was a big day, however,- for BC guard Aaron Brown, who notched 28 points on 10-of-22 shooting, but his efforts proved insufficient as it was Louisville that left the Conte Forum with the win.

Three Keys to the Game