With just two weeks until the Massachusetts primary, Massachusetts Students for Hillary is hosting U.S. Representative Joe Kennedy and State Senator Linda Dorcena Forry at Boston College to speak about why they think Hillary Clinton is the best choice for president. The “Hillary Kick-Off” event will take place tonight at 7 p.m. in Gasson 100.

Kennedy, the youngest member of the Massachusetts Congressional delegation, and Forry will address how students can continue their leadership on Clinton’s campaign and will speak to why Clinton best represents the interests of young people.

“Clinton’s bold New College Compact will make sure costs won’t be a barrier for students to get to college, and debt after graduation won’t hold them back,” James Cody, president of College Democrats of Massachusetts and MCAS ’16, said. “Clinton’s plan enables millions of borrowers to refinance at low rates, ensures they never have to pay more than they can afford, and disciplines predatory schools, lenders, and bill collectors.”

Students from 14 Massachusetts universities are expected to convene on BC’s campus. Over the last few months, the teams from these colleges have worked to engage young voters and gain their support for Clinton.

Featured Image by The Boston Globe 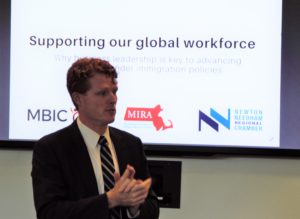 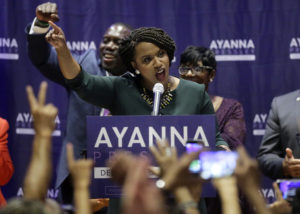