Home » Birdball Plays For Pride (and Pete) in Fort Myers 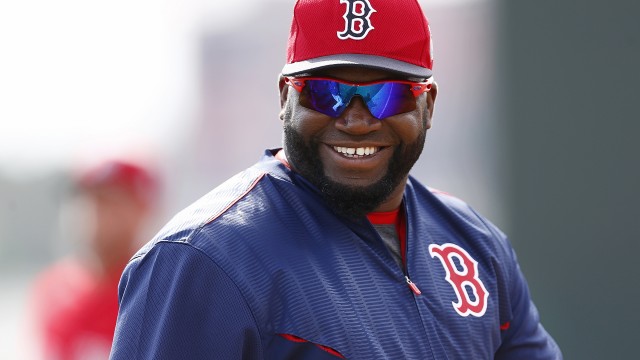 Birdball Plays For Pride (and Pete) in Fort Myers

Aside from green grass and sunshine, there may be no better sign of spring in New England than switching on NESN and seeing the Boston Red Sox take the field for the first time. It’s even more of a treat from Chestnut Hill to see 31-year-old knuckleballer Steven Wright hurl to 20-year-old Jake Palomaki, who dug in as the first batter of the new year.

Palomaki was one of 16 hitters for Boston College to step into the box this year against professional pitching, as part of the doubleheader the Red Sox host every year. BC and Northeastern travel down to Fort Myers, Fla. for an exhibition game apiece at JetBlue Park, or “Fenway South,”’ the year-round training facility and spring- training hub used by Boston.

While this game serves primarily as a tune-up game for the pros, who had pitchers and catchers report just 11 days ago, it’s a whole different experience for the college players, who get to compete against not only top-notch talent, but also stars they have idolized for much of their lives.

“You talk to our alumni for the last quarter-century, and everybody’s got an awesome memory of something that happened in that game,” BC head coach Mike Gambino said in a press conference last week. “A hit they got, somebody they punched out, maybe it’s a home run they gave up, but something fun.”

Merely playing in such a fan-centered venue is star-striking enough. In the bottom of the second inning, the Red Sox were threatening to get on the board first with runners at first and second. Lefty Carmen Giampetruzzi managed to get Mookie Betts to pop one up along the right side, where Joe Cronin hustled over from first. Near his own dugout, he used a partial slide into the fence to nab the inning-end catch.

As he rose up, though, he first motioned to throw the ball back in toward the infield. He caught himself mid-motion, realizing where he was: at a Major League level, even during a very unofficial contest, the ball always goes to the fans. He continued his spin back around toward the crowd and gave an underhand toss several rows back, sticking out his tongue and laughing as he did so. After all, that’s what the day is really about—just practicing, relaxing, and having a good time.

Now the kid from Maine is showing off the defensive skills. Diving play by dugout to end the inning. @BCBirdBall pic.twitter.com/T2j1yWn6Lr

Even so, it hasn’t stopped the Eagles from always trying to pick up a victory. Cronin had the best day of the BC bunch, knocking two base hits to go along with his athletic grab. Anthony Maselli and Michael Strem also picked up a hit apiece, but otherwise the Red Sox’ pitching shut down BC’s offense, holding the team scoreless for the second consecutive year.

Justin Dunn got the start on the day, allowing a couple hits but not giving up a run, while Giampetruzzi and Bobby Skogsbergh registered two scoreless innings despite allowing two men on base each inning. In the fourth, though, the Red Sox took advantage of a pair of walks, as Betts followed up with a three-run blast. Boston would tack on three more runs, finishing with a more decisive victory than last year.

Though they have yet to win one of the 26 games played so far, BC came as close as it ever has (and possibly could) to upsetting the Sox in their previous matchup, falling just 1-0 on a day every player—pro and collegiate—wore Pete Frates’ No. 3 jersey.

This year, the two teams continued the partnership of supporting Frates and his battle to cure amyotrophic lateral sclerosis (ALS). Both squads wore “Strike out ALS/PF3” wristbands to honor the former Eagle, which was something of a kickoff for the family’s “Band Together to Strike Out ALS” program that hopes to get every team in college baseball to wear an ALS awareness wristband in May.

“The Red Sox have jumped on board the Frate Train early on, before many people did,” Gambino said.

Now that a fun one is behind them, the Eagles have to get back in gear for continued play in the Snowbird Classic, starting with Northwestern on Saturday. BC looks to continue building upon its run, which has seen strong performances from both the bats and the arms to get them out to this 7-0 start thus far (the Sox loss, played as just an exhibition, doesn’t count).

Though it won’t go down in any official record books, the guys will always have the memories.