If you have not heard of Branick Weix already, then you are late to the game. The CSOM freshman, who hails from St. Paul, Minn., has made major waves within the Boston College community, helping to create promotional videos for the school, and being featured on the BC News Web site for his notable extracurricular achievements.

Currently, Weix is the president and founder of two different companies—Skylink Productions LLC and Demain Designs. SkyLink, a project born from Weix’s interest in videography and photography, was established on Weix’s 18th birthday after he spent a summer using drones in his job as a golf course employee. He did not know much about drone technology initially, however.

“I just ran into drones online, and started reading about them until I knew a little bit,” he said. “I saw the opportunity to use drones for marketing materials and also for data analysis with that golf course.”

Opportunities quickly spread from outside the golf course, when Weix was soon approached by realtors and schools interested in his work with aerial photography and data analysis.

SkyLink is probably Weix’s biggest achievement, as his work with the company is heavily solicited. One project in particular, a data and research project conducted with Seeds of Change, has already changed some of the scientific process for a group of researchers in Costa Rica. Weix traveled to the area over Winter Break to implement drone technology in the tracking of sea turtles by taking aerial images and videos of the island’s beaches. After proving that drones could streamline this process, as well as provide access to faraway beaches previously left unstudied, Weix hopes to set up a drone permanently at the organization’s base.

“I’ll likely be returning sometime to train their scientists how to use it,” Weix said. “Hopefully in the long term they can start to use drones to make more decisions and whatnot, now that we know that it works.”

Demain Designs, also established during Weix’s senior year, started as a favor to a family friend. The company works to take excess inventory from a home decor manufacturer in St. Paul, Velvet Pumpkins, and sell it online through Amazon and other websites. Weix put his efforts in the simplest terms.

“We figure out how we can take their stuff, sell it, and make money,” he said. The project garnered $40,000 for the company last fall, and is only going to expand in the future—Weix is currently building Velvet Pumpkins a Web site and setting up two new sales channels within the project. The 19-year-old is already hiring employees, taking on an extra set of hands to help with the project over the summer.

Having hiring power seems unusual for someone who’s only 19 years old, but Weix says that he doesn’t feel any strain based on his past accomplishments.

“I think there’s always pressure, especially at BC—it’s just an intense school in general,” Weix said when asked about the expectations of others. “But a lot of these things have come around from doing things that interest me and that I enjoy to do, so I think as long as I continue to do that, things will go well and I’ll hopefully keep learning new things and picking up new projects.”

Speaking of new projects, Weix also mentioned a collaborative effort between him and BC’s George Wyner, a CSOM professor, in which the two will map out the campus of BC with drone technology in order to create 3D printed models of the buildings.

“Yeah,” Weix said. “That should be pretty fun.”

Weix’s interests reach beyond his work with his companies, a fact that is often overshadowed in interviews by the desire to find the secret to his success. He loves to rock climb, and has been involved with the Shea Center for Entrepreneurship, the Information Systems Academy, and various Tech Trek programs with John Gallaugher, an information systems professor, since arriving at BC. He also emphasized that drone technology has remained a hobby for him, even as he capitalized on its business applications.

“I love making videos,” he said when asked to describe his ideal extracurricular project. “For me, the ideal project is just going and exploring places that people haven’t been to before, that they haven’t seen before and just making videos of that. Just presenting a different view.”

When asked if he had a proudest accomplishment, Weix was at a loss for an answer.

Of course, any one of his various efforts would have been a reasonable answer—not many students can say that they don’t have a proudest accomplishment simply because there are too many to choose from. Weix cautions others against fearing their own shortcomings.

“That’s part of the experience, not being afraid to fail,” he said. “The strongest attribute you can have is being willing to fail, and knowing that it’s not the end of the day.” 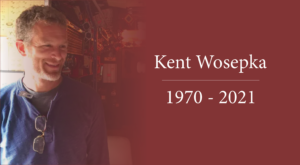 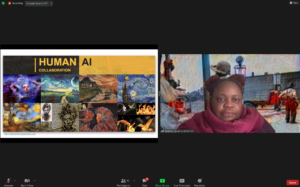