Home » Raile Honored for Saving 100 Jewish People During the Holocaust 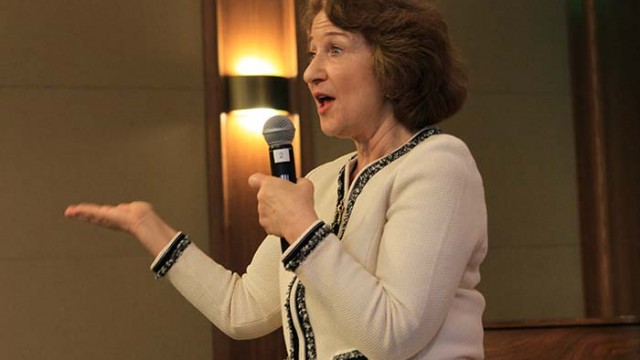 Raile Honored for Saving 100 Jewish People During the Holocaust

Rev. Jakob Raile, S.J., a Hungarian who saved over 100 Jewish people during the Holocaust, was recognized for his heroism by 100 faculty, students, and members of the Jesuit community gathered in Stokes Hall on Sunday afternoon.

The event, put on by the Center for Christian-Jewish Learning at Boston College, consisted of two speakers who both celebrated and contextualized the admirable work of Raile.

“It is important to remember the rescuers firstly because they represent a morally significant part of 20th-century history,” Fr. James Bernauer, director of the Center for Christian-Jewish Learning, said in his introductory remarks. “They show that institutions, not people, failed during the Holocaust.”

Bernauer discussed the phenomenon of Holocaust “rescuers” and their place in history.

While the state of Israel has formally recognized and celebrated those non-Jewish people who risked their lives to save the Jewish during the Holocaust by bestowing the honorific “Righteous Among the Nations,” Bernauer pointed out that on the whole there has been very little recognition of these people.

This lack of recognition is because political, social, and academic institutions do not wish to draw attention to their own lack of action during the Holocaust, and that many of the rescuers have been humble and modest about their feats of heroism, he said. And, many in recent years have stated that the celebration of those who acted heroically made villains of those who failed to do so.

“I hope it helps us look anew and with greater respect for the desperate refugees we see on the news every day.”

—Deborah Dwork, director of the Strassler Center for Holocaust and Genocide Studies at Clark University

Bernauer countered these arguments by pointing to the extraordinary nature of Raile’s actions. For example, he said, one of the people he helped save, John C. Harsanyi, later won the Nobel Prize in Economics.

Following his remarks, Bernauer introduced the main speaker, Deborah Dwork, director of the Strassler Center for Holocaust and Genocide Studies at Clark University.

After praising Raile as a man of unflagging compassion and courage, Dwork warned the audience against looking at this fact without also understanding the context in which his actions took place.

Once thought to be safe from the terrors of mass deportation and extermination, Dwork said, the Jewish community in Hungary faced some of the harshest acts of brutality seen during the Holocaust.

As German fortunes in World War II declined during 1943, Nazi leaders focused their efforts on the Jewish community in Hungary, the last remaining community to be spared from the horrors of concentration camps. Throughout an eight-week period in 1944, the Nazis murdered half of the Hungarian-Jewish population.

After giving this context, Dwork recounted several stories of the heroic acts of Raile and others like him who helped saved 100,000 Jewish people in Budapest.

Raile and others Christians provided refuge for Jewish people in monasteries, schools, and churches. A local farm run by Jesuits provided food for refugees in hiding. Raile gave Jewish people police uniforms and priest or nun outfits to help them escape the city. Most impressively, Raile would consistently enter the closed-off Jewish ghetto in Budapest to deliver forged passports and baptismal certificates to help them escape death.

Dwork concluded her remarks by drawing attention to the historical lessons we can learn from heroes such as Raile.

“I hope it helps us look anew and with greater respect for the desperate refugees we see on the news every day,” Dwork said. 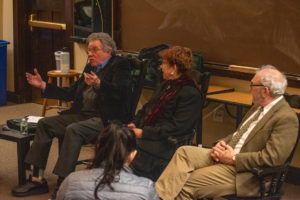