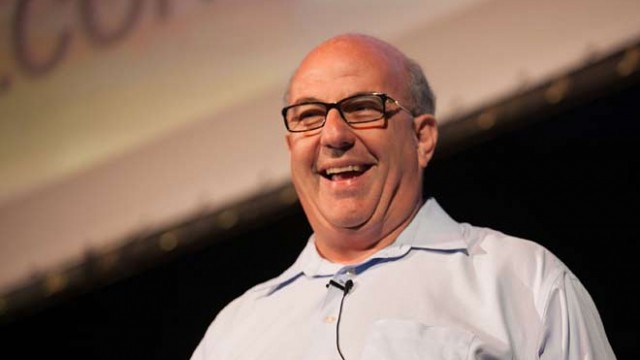 Hosted by the Sales and Business Development Club of Boston College, 20 students from all schools were invited to hear Hoffman speak. Hoffman has spoken at BC before for the Sales Club, but most students who attended his lecture this year had never heard him before. He engaged the audience by relating the business of sales to the everyday lives of students through relatable examples he called paradigms.

He began by explaining how when he attended Cornell University, he wished someone would have come to speak about the sales business. In order to prevent BC students from feeling the same way, he decided to share his guidance, advice, and wisdom.

Having his entire career post-graduation in sales, Hoffman is the president and founder of M.J. Hoffman and Associates, which reaches a range of clients, including the Boston Celtics, Google, and Microsoft.

What is the purpose of sales?

As a mix between a science and an art, he began by introducing the acronym AIDA as the four steps of sales—attention, interest, desire, and action. These four words are the pathway to selling your product. But Hoffman didn’t limit his presentation to the sales field. Instead he emphasized using the art of persuasion in one’s current life, through networking, interviews, and how we as students present ourselves.

An important aspect of the AIDA method is that each step must come one at a time. You cannot skip a step or combine steps because each level provides entrance to the next.

Starting with attention, Hoffman introduced the topic of social paradigms, which are the roles that people often fall into when in sales, with the most common being buddy/buddy, host/guest, buyer/seller, and interviewer/candidate. Oftentimes, there are actions that people fall into when placed into these social paradigms, and Hoffman explained that it is vital to be aware of the paradigms we play into.

He said that sales is a mix of both art and science.

“You need to be creative and conversational and like people, but when it comes to art and science, the longer you have a relationship in business the more art is required, because the [more] you get to know the person … more creativity is required,” he said.

He said that the timing of the call or email is key. Email between five minutes before or after every hour. This is when meetings end, lunch breaks begin, and when people check their smartphones for emails.

With the change of technology in smartphones comes the change in the connection rate with a customer. With email, there are a few key notes to remember that Hoffman pointed out. The email needs to fit on the screen of a smartphone, about three sentences. Keep it concise, remove adjectives and adverbs, have a brief subject line that references a date and time, and have a definitive closing.

Call in the late afternoon, he said, and later in the week. Friday afternoon is ideal. Whomever you are trying to reach will be a little tired, and your call, if done correctly, can be that bright light to wake them up, Hoffman said.

The goal of these emails and calls is to grab the person’s attention. Once that is achieved, he said, move on to grab their interest. Make them want to know more, but also provide a definitive answer to what they want, Hoffman said.

He used the analogy of a movie trailer to explain how to get someone’s attention.

“Be the source of tension and then its relief,” Hoffman said.

Once interest is achieved, move on to the concept of making them desire whatever you are providing, but never, he said, through manipulation. If you want someone interested in you, show interest in them.

“Demonstrate the behavior you wish to inspire,” Hoffman said.

He said that to get the client to spend his or her money it is important to be a genuine person. By always being authentic, Hoffman said, you can allow the customer or client to listen to what you are saying. This will lead them to take action, which in sales means spend money.