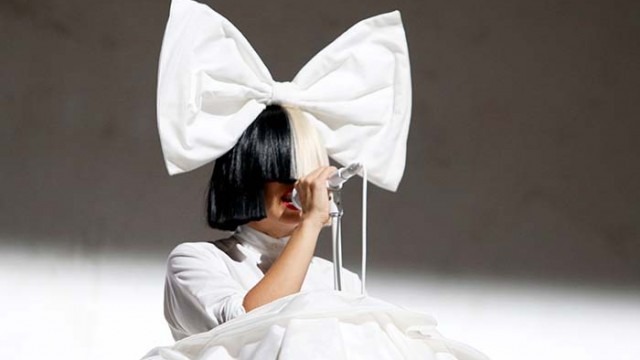 This year’s Boston Calling was the end of an era. Just prior to the start of the first day, a press statement was emailed for immediate release. It began by detailing the relatively young music festival’s plans for expansion. Since starting up in 2013, Boston Calling has quickly asserted itself as a premier event in the region by featuring consistently reputable lineups. It may be no surprise, then, that the music festival is seeking to expand its number of live stages in 2017. Perhaps less anticipated, next year’s festival will also include a film component curated by Oscar-winning actress Natalie Portman.

This is all pretty exciting stuff for the up-and-coming and uniquely local music festival. If each portion of the plan is executed well, future Boston Callings will likely draw even more attendees. It isn’t unreasonable to assume that the festival could eventually be mentioned with the same breath as Coachella or Bonaroo. Nonetheless, all of this is going to take more space. So, this was the last year Boston Calling took place at City Hall. As of 2017, future Boston Calling’s will be held in the much larger Harvard Athletic Complex in Allston.

Still, there is something about the City Hall location. By the end of the first night it was obvious that one of the festival’s highlights was its reformulation of the downtown Boston landscape. For three days, Boston’s major workplace became its most colorful playground. Boston Calling roars between the steady columns of office buildings, reimagining the sorts of fun that can be had in a place normally reserved for 40-hour workweeks.

This year’s festival offered a strong lineup featuring a diverse spectrum of artists and genres. While it is difficult and even unnecessary to develop an overarching summarization, the lineup was perhaps most notable in its excellent showcasing of female talent with acts like Haim, Lizzo, Robyn, Courtney Barnett, Sia, and Palehound.

Friday night included strong performances by Sufjan Stevens and Sia. Since the release of last year’s critically acclaimed Carrie & Lowell, Stevens has been touring the world behind a collection of songs that focus largely on issues of death and mortality. For much of Friday night’s performance, however, the singer-songwriter decided to let loose a little bit. His stage beamed with theatricality and included multiple wardrobe changes. At one point, the artist stood atop a tin foil alter, supported by angel wings and decked out in stringy balloons and glitter. He seemed to be presenting an olive branch to those he fondly labeled “impossible.”

Sia’s set was similarly intricate in its production and made extensive use of the Megatron to engage with the crowd. While the pop star stood alone in the corner, hiding herself beneath her signature headpiece, several dancers performed dramatic choreographies highlighting the heaviness of her latest record. The stage’s screens featured pre-recorded selections synchronized with the live movements on stage and included cameos by Paul Dano and Kristen Wiig, among other celebrities.

Saturday kicked off with local rock band Palehound. For the last few years, Boston Calling has typically reserved the first sets of both Saturday and Sunday for regional performers. One of the most exciting moments of the festival was seeing Palehound perform in front of a largely unfamiliar audience. In this space, the band had only a couple minutes to convince the crowd that they were worthy of closer consideration. No matter how nervous lead songwriter Ellen Kempner may have suggested she was, each song came across as sincere and driving. There was no question that Palehound could keep up with the variety of national acts that would perform across the same stage only hours later. Midway through their set, Ellen Kempner gave a birthday shout-out to Maura Johnston, a music writer and adjunct faculty member teaching journalism at Boston College. By the end of their performance, it was hard to imagine better ambassadors for Boston’s local music scene.

By the time Palehound left the stage, it was nearing 90 degrees outside—a curious coincidence that the first genuinely hot day of the summer would also be the first full day of Boston Calling. Festival organizers approached the microphone several times to remind attendees to drink enough water. The resulting lines at the fill-up stations went on for half an hour in some cases. Despite the sun’s brutal stare, Boston Calling chugged along with engaging performances and enthusiastic crowds. Courtney Barnett took to the stage with her witty brand of rock and roll, as audience members wore themselves out in the 92-degree heat. Still, by the time the sun set, everyone seemed to recover enough energy to enjoy Robyn’s dance-inspiring tracks.

Despite having only occupied City Hall since 2013, there was a sense of nostalgia in the face of next year’s expansion. Although change is painful, there is plenty of upside. With more stages, 2017’s Boston Calling could feature even bigger performances and more local acts. Just as importantly, the new location suggests Boston Calling will continue to be an important component of the city’s popular music scene.