Drake’s “Childs Play” Is Morosely Adult in Content and Execution

Over the weekend, Drake dropped a 12-minute short film adaptation of his cheating scandal Views track, “Childs Play.” While Drake has not exactly broken the bar set by Beyoncé back in April for cinematography in modern pop music videos, “Childs Play” is something memorable in its own right, hiking up drama and pure entertainment value over an already catchy track.

The video centers on the infamous and wonderful line, “Why you gotta fight with me at Cheesecake / You know I love to go there,” referencing a lover’s quarrel taking place at Drake’s beloved eatery, The Cheesecake Factory. Tyra Banks takes on the role of jilted girlfriend, having gone through Drake’s phone to discover his double-crossing. The argument that unfolds is equal parts entertaining and cringe-worthy, with Banks nailing the hysterics until, in one fell swoop that somehow elicits both satisfaction and pity for the rapper, Banks smashes the cheesecake in Drake’s face and pours a glass of wine over his head, delivering a perfect “cheers, boo” as she swaggers out the door. Drake goes on to deliver the first verses of the track with cheesecake and wine covering his face, paired with an oddly mournful expression.

Later in the video we go to a strip club being taken under the wing of a new, clearly antagonistic and preachy manager. Here we see a lot of women’s gyrating bodies, but also a rapping Drake surrounded by the working women, sitting clothed and somber on all sides. We are also treated to a glimpse of Drake’s classic suave moves, harkening back to the dad-dancing masterpiece that is “Hotline Bling.” At every step the short film is ridiculous in a way that flirts between messy, disjointed absurdity and something smarter. Though not quite so evolved as to be satire, and certainly problematic in several senses (even the reputedly sensitive and respectful Drake can’t manage to stray far from the unvaried sexual gaze toward women in film), the video also plays in an unexpected way. At its best, the video is Drake staring morosely into the camera with a chain-brand dessert smashed all over his face, or Banks delivering a performance that, amid its hysteria, slips in the very real complaint of women being dismissed as crazy in order to silence their justified anger. It is ridiculous, overdramatic, and strangely earnest—a combination that seems just as fit to describe the artist himself.

drake views childs play
Art After Dark, Sunday Concert Series, and The Lumineers This Weekend in the Arts
The Frightnrs Stick to Their Voice in ‘Nothing More to Say’ 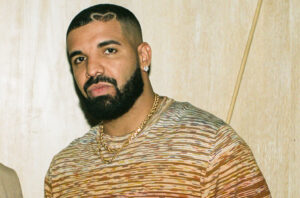 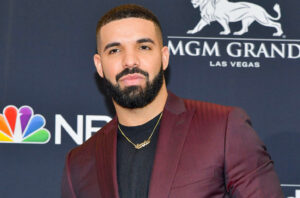