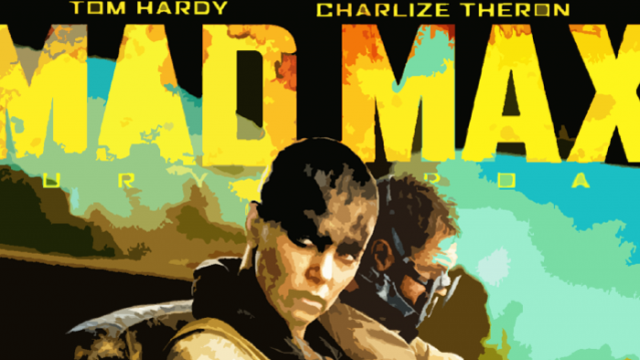 In the beginning of their song “Once In a Lifetime,” The Talking Heads sing “And you may find yourself behind the wheel of a large automobile / And you may ask yourself, ‘well, how did I get here?’” It is not often that we ask ourselves this question, especially behind the wheel of a car. Cars are means of transition—of movement from point A to point B. The “here” of a moving car is ever-changing, suggesting, to some, that cars are not a place to take stock of one’s life—that transitions themselves cannot be a location. Mad Max: Fury Road dispels this notion. Within a 45-minute futuristic car chase (complete with its own electric guitarist) George Miller, Mad Max’s director, confidently confronts the present-day issue of heteronormative gender roles in our society. In Miller’s dystopian desert land he creates a near-utopia for those hoping to eliminate stereotyped gender roles.

When I was 12, a Facebook quiz told me that my celebrity look-alike was Vin Diesel. As a scrawny, red-haired girl, I had trouble finding similarities between myself, and the entirely bald, extremely muscular man that is Diesel. Curious to see if Vin really was my brother from another mother, I decided to watch Fast and Furious, in which Diesel is the protagonist. Though the plot now escapes me, one scene in particular does not.

Diesel’s character, Dom, is riding down a highway, leading his brigade in a gasoline heist. Of the three cars in Dom’s posse, men drive all three. In one car, a woman occupies shotgun. During the heist, she performs her task when the man driving tells her to. She is obedient and mechanic, not saying a word throughout the entire scene. In Dom’s car, his supposed girlfriend rides shotgun. Though she is given a more difficult task than the first woman and is confident in her ability, she eventually messes up, necessitating Dom’s role as savior. In the third car, a man rides shotgun, yet he is teased by the others for his timidity and inability.

In cinema, there are rarely strong, capable female protagonists. This is especially true in movies with car chases. Most often, women are cast as the sexy thing sitting shotgun, or the damsel in distress in need of a male savior. Even when a woman is cast to be strong and confident, she receives the same status as a weak, incapable man. For a 12-year-old who had just been told she looked like Vin Diesel, watching Fast and Furious rendered my future even bleaker. As a woman, it seemed I was meant to be obedient, anonymous, or incapable—even my successes were painted as inherently inferior to those of men. What does it do to the female psyche when women are constantly put in shotgun? What does it do to the male psyche when men are expected to be the protective savior?

Mad Max: Fury Road challenges the associations that come with heteronormative gender roles, asserting that women can be in the driver’s seat, and that shotgun is not the throne of the inferior. In Mad Max, Miller creates multi-faceted characters that empower women and men alike to reject gender stereotypes. In the interactions between these characters, Miller shows that one sex is not inherently rendered weaker by the strength of the other.

In the desert world of Mad Max, warlord Immortan Joe (Hugh Keays-Burn) reigns supreme over his impoverished kingdom. Though most are affected by severe physical deformities, there are five beautiful women who remain untainted. Joe provides the women (whom he indentures as his wives) with anything they ask for, yet keeps them locked away from the world, unable to get out. Despite Joe’s attempts to silence them, however, The Five Wives reject the role of the silenced, obedient woman. In an act of rebellion that catalyzes the plot of Mad Max, The Five Wives write “WE ARE NOT THINGS” on the floor of their chamber, and escape from Immortan Joe’s oppressive grips. The Five Wives exhibit bravery, selfhood, and voice in a female role, all the while maintaining pride in their identities as women.

To further challenge heteronormative gender associations, it is not a man, but rather Imperator Furiosa (Charlize Theron) who occupies the role of savior in Mad Max. After devising a plan of escape, The Five Wives call on Furiosa to assist them in its execution. Furiosa agrees to help them escape, risking her life time and again in order to protect theirs. By contrast, Max (Tom Hardy) is haunted throughout the movie by the voices of those he failed to save during the destruction of the world. These voices, however, ultimately ground him, empowering him to find a purpose greater than following his survivalist instinct. In assigning Furiosa the role of savior, Miller insists that women, too, can be a protective force and can feel the stress and obligation that come with one having another’s life in her or his hands. And in denying Max the role of the savior, Miller makes the claim that men need not always succeed as protector, but can feel fulfilled and make contributions in other positive ways.

Challenging the notion that men should value brawn over brains, Max’s greatest contributions to the survival of Furiosa’s brigade are tactical and mindful. Max often suggests alternate routes, which prove integral to the group’s success. That being said, Max proves himself as a formidable fighter, yet he is not the only one. Both Max and Furiosa prove their physical capabilities, once fighting each other, each person dealing and receiving equal blows. Though he is riding shotgun and she is behind the wheel, Max and Furiosa work together as equals, without one person’s strength causing weakness in the other.

The multi-functionality that Miller affords his characters is revolutionary in the world of cinema. All of his characters are assigned character traits that are typically associated with members of the opposite sex, yet each character maintains his or her gender identity. In employing such a structure, Miller creates a hero for everyone, showing that by rejecting heteronormative gender roles, women and men gain more freedom to be themselves and can achieve greater successes working together, as equals.