Home » The Importance of College in the Inner City 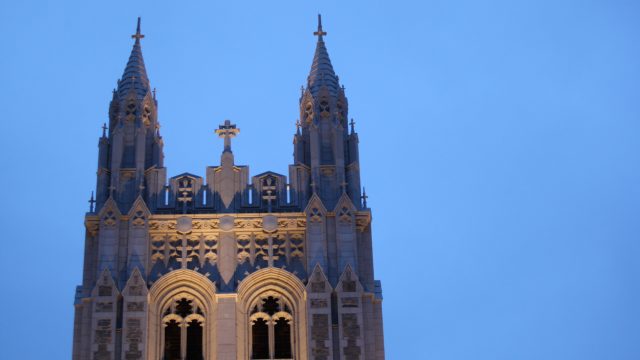 The Importance of College in the Inner City

The rising cost of higher education has opened up a question regarding the value and necessity of becoming a college graduate. The boundless dissemination of this question is careless, at best.

When I read and hear about research that claims a post-secondary degree has no value, or that people with a technical or vocational degree have higher lifetime earnings than a four-year degree or graduate degree holder to justify not attending a bachelor or graduate degree program, I cringe. Not because I question the merit of these research studies (I do admittedly wonder about the research variables being used) but because the implications of these findings are dangerous.

There is a case to be made for the opportunity and choice of an education.

I filter these studies through the lens of someone who grew up working-class on the East Side of Detroit. It is a community that values education, but also a place where tangible examples of college graduates aren’t always available.

In my community and others like it that battle neglect and historical oppression from generational and institutional systems of economic and educational inequality, the aftermath of this type of social exclusion is that college graduates are few in number.

It is difficult to think that higher education is a viable option if there aren’t viable financial resources available to help. I remember when I was applying to colleges, my mother made it clear that if I did not accept a generous scholarship offer presented to me to attend the University of Michigan-Ann Arbor, where I went before attending law school here at Boston College, that I would be attending the local community college. The option of choosing to attend college at all made the difference for me. With a scholarship, I was presented with an opportunity to attend a four-year institution. But so often, other people in my community cannot choose between going to a four-year institution and not.

The order of social politics, government, policies, and systems often take away the choice for many in inner-city life, leaving people in my community with few options.

When high school graduation comes around in May and June, students are often left with the hard decision of deciding between balancing their ambitions, which may include going to a four-year institution and getting a local job to help pay the bills. Very often students choose to attempt to do both—work and go to school.

These obstacles, unfortunately, prevent some from ever experiencing the full exposure and benefit of higher education. Research that claims post-secondary education is unnecessary does not factor in the impact it can have in communities where disenfranchisement has led to a lack of college graduates. Research on the unnecessity of higher education excludes a diversity of people from actually attending, when, in reality, higher-ed institutions need diverse students in their classrooms, not outside their doors.

Working-class and low-income communities in inner cities like Detroit and Chicago are often relegated to areas that are ghettoized by economics, conflated by race, and distanced from full economic security and prosperity. Often, vocational, industrial, and technical training or education is not a choice. In my community, this kind of education is the natural next step after high school graduation or a GED program because of the immediate need for a paycheck to survive. A significant amount of Detroit’s population that has lived in the city for years won’t have the chance to fully participate in the city’s emerging meritocratic “brain economy,” in which jobs are limited to those with at least bachelor’s degrees.

From the end of WWII until about the 1970s, an economy existed in which a college and a post-graduate degree weren’t necessary and didn’t always translate to an increased livable wage that allowed for discretionary income. There were people who worked in car factories, for example, who could make a six-figure income through overtime pay and union negotiation with only a high school diploma.

Though this type of economy was left behind years ago, studies from groups such as the Brookings Institution, tell people who are already starting from behind the finish line that they can catch up in the new economy with only a high school diploma. A college degree provides an additional option for economic opportunity beyond technical and vocational jobs and education.

It is careless to disseminate information that gives a false impression of how valueless a degree from a higher education institution is when such a degree can make the difference between choosing a vocational job and being forced into one. Research that justifies closing the door to higher education should not use anecdotes and quantitative data that do not fully reveal or take into account the social fabric of this country.

I support robust research that creates solutions for pressing concerns and has a social mission. I am in favor of a study investigating the value of higher education that considers the livelihood and resources of people within working-class and low-income communities where the educational attainment on average does not reach at least a post-secondary degree from a four-year institution.

If the outcome of that study is measured against the livelihood and resources of people living in communities where the majority educational attainment is at least a post-secondary degree from a four-year institution, I would suggest further analysis to understand the wider impact of a higher education degree given these variables. And I promise, value for a post-secondary degree will be found in both instances.

education college
What is a Conservative?
How I Stopped Sweating the Small Stuff