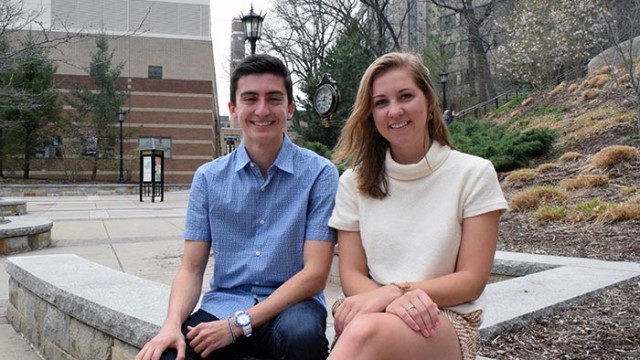 The Student Assembly of the Undergraduate Government of Boston College (UGBC) has passed its annual budget, which allocates funds to different divisions with the group. UGBC was allocated $327,999 for its 2016-17 budget. The student government received the same amount of funds in the 2015-16 school year, though this year the group requested an additional $10,000.

UGBC receives its funding from the $330 student activities fee, which each undergraduate student pays as part of tuition and fees. This fee is allocated in parts to UGBC, the Campus Activities Board, the Student Organization Funding Committee, and club sports. About $36 of the student activities fee goes toward UGBC for the 2016-17 school year. Russell Simons, MCAS ’17 and UGBC president, and Meredith McCaffrey, MCAS ’17 and executive vice president, presented the budget to members of the division of Student Affairs—the former Title IX Coordinator, Katherine O’Dair, the director of the Office of Student Involvement, Gustavo Burkett, Dean of Students, Thomas Mogan, and the director of financial planning and services, Jonathan Hinrichs—on May 2.

$17,500 will go toward stipends for the members of the executive cabinet. Simons will receive a stipend of $4,000. McCaffrey will receive $3,500. The vice presidents of each of UGBC’s divisions will also receive $2,ooo each.

UGBC’s Diversity and Inclusion branch greatly increased its overall budget this year, allocating more funds to ALC, GLC, and CSD in particular. ALC will receive $37,815, GLC will receive $29,215, and CSD will receive $8,021. This allocation of funds toward the divisions continues a trend from last year to give less money to the executive budget and more to the programming divisions.

“That is actually a really good thing when it comes to an organization like UGBC because it shows that we are being responsible with the money that we do have.”

The executive council also put $4,000 worth of funding toward currently established events and programs on campus. In addition, $4,500 was put toward new and preliminary ideas for UGBC, including giving Connell School of Nursing students T passes to use during their clinicals.

The Student Assembly received the largest cut in funding from last year’s budget. In the 2015-16 year, the SA was allocated $17,098, but only spent $6,050. In response to the lack of spending, this year, UGBC decided to allocate the funds elsewhere. Most of the SA’s budget will go toward the annual holiday shuttles during Thanksgiving and Spring breaks, and outreach efforts.

The Student Initiatives division will be allocated $55,301, which will be put toward 20 new events, including Cura Personalis Dinners, Paths That Got Us Here, and the Sexual Assault National Week of Action. These events will be added to the traditional Student Initiative programs like the Happiness Project and BC Chats.

The Undergraduate Leadership Academy (ULA), which introduces about 30 freshmen to UGBC each year, also received additional funding that totalled $8,692. With the expanded budget, ULA hopes to increase the size of the program and add more freshman mentees. Most of ULA’s funds go toward its fall retreat, internal group events, invited speakers, a ULA-organized campus event, and program readings.

Once the group was notified of its annual funding, Simons, McCaffrey, and the heads of each division met to create the 2016-17 Organizational Allocation. The Student Assembly then voted the budget into action on Sunday, with only one vote against the proposed organizational allocation.

“We used last year’s spending as kind of a template for future expenditures,” Simons said. “We want to build off of what was done or change things as the new vice president or division head sees fit.”

This year, CSD is working on planning an established program, similar to ALC’s Showdown and GLC’s Gala. While UGBC had initially requested an extra $10,000 to fund the event, it eventually found the funds elsewhere in its budget.

GLC is currently working on bringing in a keynote speaker for this year, after Laverne Cox, who was supposed to speak at BC last spring, cancelled due to a scheduling conflict. ALC is also increasing its programming this year and will introduce Conscious Week. Conscious Week will focus on creating a more inclusive environment at BC.

Simons said that last year, Thomas Napoli, former UGBC president and BC ’16, and Olivia Hussey, former UGBC executive vice president and MCAS ’17, did a good job of using their allocation, which helped UGBC this year when it requested its budget from Student Affairs.

“That is actually a really good thing when it comes to an organization like UGBC because it shows that we are being responsible with the money that we do have,” Simons said.