Like an Old Wives’ Tale, ‘Storks’ Delivers a Familiar Package

Taking seriously the evasive answer to the age-old question all parents fear—“Where do babies come from?”—Storks presents a fun and light-hearted movie that kids can enjoy and adults can probably tolerate for most of its 89 minutes. In this short but sweet children’s movie, no new ground is broken in terms of innovation, and the story certainly won’t prompt any thought-provoking discussion. Despite this, the film definitely has its moments. The plot is as predictable as it could get, but it entertains kids, so in that respect, Storks reaches the goal it sets out to achieve.

Directed by Nicholas Stoller and Doug Sweetland, Storks soared into theaters last Friday. The background is set up very quickly and the movie soon gets into its groove. Storks used to deliver babies to awaiting families, until a stork named Jasper (Danny Trejo) lost the address of the baby he was assigned to deliver. Eighteen years later, the storks have sworn off babies and have built a package-delivery empire more than a little reminiscent of everyone’s favorite online shopping site. The baby without an address has finally grown up into the well-intentioned, yet accidentally destructive Tulip (Katie Crown), who works at the storks’ factory. Boss stork Hunter (Kelsey Grammer) orders the movie’s protagonist, a hard-working stork named Junior (Andy Samberg) to fire her and send her into the world, where she can’t wreak any more havoc on profit margins.

If Junior can complete this task, he will realize his dream of being the boss of Cornerstone.com. Junior finds himself unable to terminate the sweet and precocious Tulip, and instead relegates her to the abandoned letter department. Enter Nate Gardner (Anton Starkman), son of stereotypically busy parents Henry (Ty Burrell) and Sarah (Jennifer Aniston). Feeling neglected, Nate finds an old flier for the storks’ baby-delivery service and writes a letter requesting a sibling complete with “ninja skills.” Tulip receives this letter and, in trying to do her best, creates a baby using the baby-making machine left in some dusty room of the warehouse. In order to save his job and rid himself of the baby, Junior takes Tulip to make the first baby delivery in 18 years. As expected, hijinks ensue.

While the movie hits all of the same beats as dozens of animated movies before it, it is not a bad time by any means. It’s a familiar experience, like reading a book that’s been read many times before. Most of the characters have moments in which they truly shine. Pigeon Toady (Stephen Kramer Glickman), a pigeon employee and secondary antagonist, seems at first to be annoying and out of place. But when given a chance, he can provide some of the hardest laughs in this movie due to sheer weirdness and his stark contrast to the rest of the cast.

Two other characters practically stole the show, even though they were only in about three scenes. Alpha and Beta Wolf (Key and Peele) were the highlights of this movie. As leaders of a wolf pack that the main characters stumble upon, they are immediately overpowered by the cuteness of the baby. When Junior and Tulip escape with the baby, the pack gives chase. Throughout the chase across a chasm and down a river, the main characters manage to barely evade the pack of wolves. This pack works so well together that upon Alpha Wolf’s command, they are able to form themselves into a ‘wolf bridge,’ a ‘wolf boat,’ and a ‘wolf submarine’ complete with ‘bing’ noises. While it sounds silly, the movie pulls off this visual gag with resounding success.

As previously stated, Storks doesn’t come with any surprises. All of the character development that one would expect is realized: Junior learns the value of friendship, Nate’s parents learn that they need to work less and play more, and the bad guy gets his comeuppance. If Storks is only aiming to provide a few good laughs and lots of cute, animated babies is the objective, it delivers the correct package. But there is one issue it doesn’t wrap up: if the storks weren’t around to create and deliver babies for 18 years, where did the new babies come from? 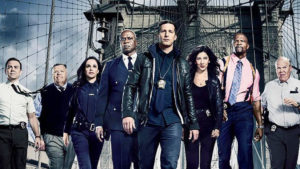