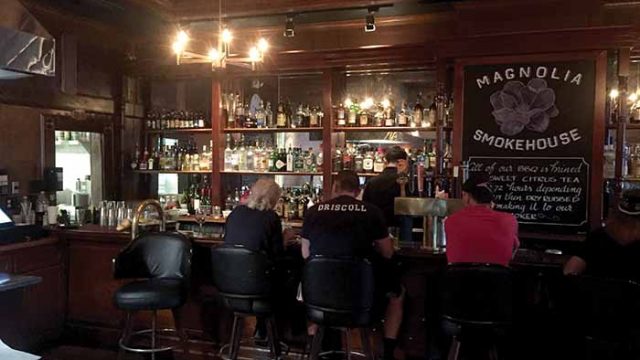 For almost three decades, Village Smokehouse specialized solely in Texas-style barbecue, building up a loyal base of customers along the way. The restaurant’s overhaul led to a change in direction with the style of food, which now explores a wider range of diverse flavors from the South. The restaurant’s new name, Magnolia Smokehouse, is symbolic of the Southern influence that is found in every aspect of the eatery. The name is derived from the magnolia tree, which has been traditionally associated with the South.

Magnolia’s general manager Heather Lynch stayed on after 15 years with Village Smokehouse to guide the restaurant’s revamp. The week-long renovation hoped to bring about a calmer ambiance to the restaurant, with polished wooden floors, a reframed bar, reupholstered furnishings, and newly installed lighting fixtures. Despite the restaurant’s sleek new look, however, Lynch still believes that the food is the star of the show. In late October, Magnolia is hoping to transform the former event space downstairs into a speakeasy lounge with signature cocktails and a more refined menu.

The high-ceilinged interior creates a warm and relaxed feel, perfect for any occasion. Unique New Orleans poster-style artwork hangs along the walls, while large chalkboards present the food specials on offer. In the background, an eclectic mix of music from  jazz and pop to blues and the much-loved classics add to the distinct vibe.

New head chef Chelven Randolph brings his 12 years of culinary experience to Magnolia and has put together a whole new menu. It features dishes that explore the different styles of Southern food. Randolph wanted to maintain a sense of familiarity with the old menu by keeping classic barbecue proteins like pork ribs, beef ribs, beef brisket, and pulled pork, while adding his own personal, Southern flavor. Magnolia holds a primary focus in sourcing to ingredients locally but strives to keep true to the Southern roots.

Born and raised in Boston, Randolph credits his mother, Linda, for his authentic style of cooking. Recently, he served 100 members of BC football barbecue while testing out dishes from his new menu.

Magnolia’s dinner menu is as ambitious as it is indulgent. The fried pickles is the perfect dish to get your meal started and also great to have on the side. The fried slices of pickles are sweet yet salty, and combine well with the creamy creole remoulade dipping sauce. And then there are the shrimp and okra beignets, another house favorite, that put a unique twist on the traditional New Orleans classic.

For the ultimate Southern food experience, Randolph recommends the fried chicken—it comes from a family recipe he learned from his mother. The golden-brown chicken is served alongside a piping hot skillet of mac and cheese, spicy collard greens, and a dense piece of cornbread. It’s comfort food at it’s finest, and you’ll likely find yourself ordering another round of mac and cheese.

“The servings are big enough for multiple people,” she said. “[But] good enough for you to eat by yourself.”

Randolph and Green sat down together and developed a dessert menu where flavors from the  main course carry over to the desserts. Bourbon, strongly associated with the South, is a recurring flavor at Magnolia. You can find it in Magnolia’s signature barbecue sauce as well as the rich bourbon chocolate sauce in the Magnolian Meltdown. The dessert menu will change seasonally, apparent in the apple turnover which is served with a Fall favorite, pumpkin spice latte-flavored ice cream.

“Southern food was the first culinary style of food I learned to cook.” he said regarding the changes to the menu. “The food is much more eclectic, it represents all the different nuances of the South.” 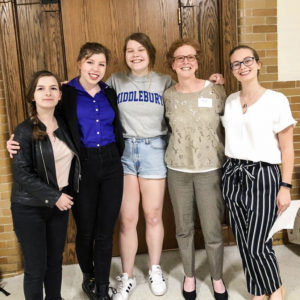 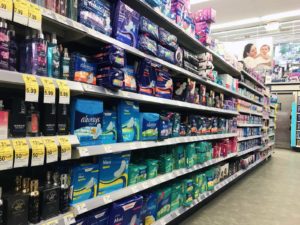