As the chorus of its titular song suggests, “When the walls come down,” we are left with the seventh album from Kings of Leon. The popular band breaks down any walls it had built for itself in its previous albums and alters the expectations of the public. Trying some different stylistic techniques dissimilar from its more conventional music, the band creates a much more alternative sound on its newest album, WALLS. While Kings of Leon is still recognizable as the band that released the popular “Use Somebody,” this album feels less like a rock concert than the band’s previous works. Rather, the music has a provocativeness and thoughtfulness about it that comes through clearly and honestly. Although time has passed since the band began in Tennessee with a strong country sound, the band manages to bring in some Southern, folkish sounds to round off the album.

Every song on the album seems to be a standout and would thrive as individual singles. Each could be a featured track in a new movie, but could also serve as fun dance tracks at various events. Additionally, each song has especially strong instrumentation. While the lyrics are wonderful, they almost fall secondary to the remarkable guitar solos. It’s nice that the background music isn’t the computerized music that seems to be everywhere lately.

The first track on the album is a flexible piece that could be featured at the beginning of a favorite at the box office or as one opened the doors of a popular clothing store. It has a transformative, upbeat nature that leaves the audience wanting to,“take the time to waste a moment.”

“Around the World” has a similarly effortless feel. The carefree tune brings in the idea of traveling around the world and losing oneself, finding a girl. Although it’s mainly about love, the hit will make sure you “keep dancing, like it’s ya last time.”

“Find Me” sounds more like the Kings of Leon we are all familiar with. It could be part of the band’s Only By The Night. It does manage, on the other hand, to stay relevant and serve as an important piece of this album. Although the band seems to be making a shift in its style choices, it isn’t totally discarding the way it has made music up until this point. This song should ease the nerves of fans that have been with the band since the beginning that liked its original sound.

There were a few tracks on the album like “Reverend,” “Muchacho,” and “WALLS” that had a Southern sense to them. Diverging from the usual pop and rock, these tracks give a nod to the band’s background, while still maintaining its rocker energy.

“Over,” lasting for over six minutes, takes full advantage of the band’s strong ability on its instruments. The piece is both heartbreaking and loving, giving justice to love that has come and gone.

“Conversation Piece” is just that. It seems to differ from the rest of the album by taking a much slower pace and an interesting tone. While it starts out with the lyrics, “Take me back to California,” the end of the song articulates, “Get me out of California.” Whether the piece is a commentary about the lifestyle of California, or the band’s personal experience in the state and the industry, the lyrics and the overall message give the listeners something to think about.

“Wild” is effortlessly cool. The reminiscent song looks back on “wild heartbreak and wonder” of the past with a positivity that is often missing in breakup songs.

“WALLS” is perfectly understated and provides a nice reflective end to such a high-energy album. Speaking about heartbreak and broken relationships of the past, the band highlights the process of falling in love and all the good and bad that comes with it. It is the perfect song to pick to name the album after.

WALLS, as an album, is something new and different. It breaks down the walls of the music that has been doing well on today’s charts and brings in a more rocker-alternative vibe. It also manages to talk about heartbreak in a unique sense, adding a positive spin on a relationship that once was. This music is a nice change from the Justin Bieber types and other artists that have been climbing to the top of the charts recently. As long as there are bands like Kings of Leon making music, there will be some excellent music topping the charts.

walls kings of leon
Office of Health Promotion Kicks Off Year-Long Resiliency Project With Talk
Own It Summit, Now in the Fall, Will Host Muslim Female Activist as Keynote Speaker 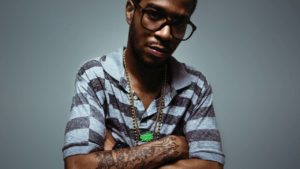