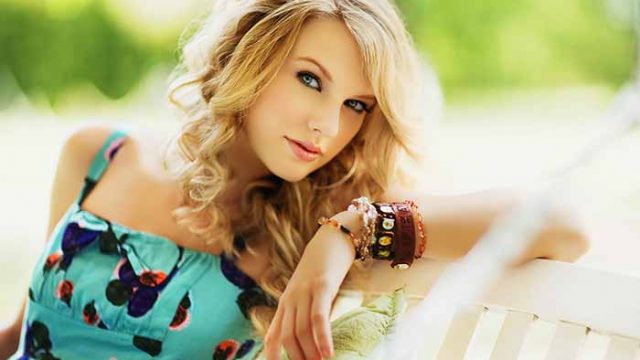 Not physically decrepit—creaky, achy, or feeble in an ouch-there-goes-my-back kind of way—but old nonetheless.

Interestingly enough, this foreboding feeling is completely unrelated to the nagging reminder that my third year of college is well underway. It’s not because of the realization that, with each passing week, the pressure of interviews and adding more things to the ’ol resumé is a clear indication that adulthood is not only nigh, but charging toward me at record pace. Shockingly, this sentiment is not even related to my imminent au-revoir to adolescence—the looming, seemingly inconceivable reality that I’ll turn 21 next month. While the thought of an impending post-Boston College life and the swift, oncoming disappearance of my coveted youthful glow is sobering enough, none of the aforementioned realities have done more to bum me out than a photo on my Instagram feed the other day.

The nostalgic sight I beheld on my phone screen dared me to hearken back to a time before needless celebrity relationship rumors, to an era when country lovers of yesteryear were first introduced to the unassuming singer who would eventually metamorphose into a major contemporary music mogul.

Crouched awkwardly over a guitar, a teenage girl is dressed in the hottest haute couture of 2006—an electric blue hoodie from Victoria’s Secret PINK, light-wash jeans cuffed higher than any fashionista thought physically possible, and hair thrown up in a haphazard ponytail. For added spunk, the girl wears a pair of dangly silver earrings. The photo—a dark, unedited snapshot presumably from a digital, early 2000s-era Canon of limited capabilities—was posted by a very prominent name in the music industry today.

Or, perhaps more likely, it was probably posted by one of her many “people.”

Oct. 24, 2006 marked the release date of Swift’s first full-length and self-titled album. This was 10—count ’em—years ago, and I remember the hysteria vividly. I was almost 11, and the blond, curly-haired country singer was the girl everyone my age wanted to emulate. She was cute and talented, while her upbeat and honest anthems about young love were eaten up by girls with schoolyard crushes on boys who cared much more about their kickball game at recess than fraternizing with any female classmates.

As her fans grew up, though, so did Swift and her music. In high school, Speak Now was an emotion-heavy album boasting indisputable gems like “Long Live” and “Better Than Revenge.” The school talent shows were populated with guitar players and self-taught singers who impassionately performed hit songs off of her 2012, indie-infused album RED.

In college, it was cool if you listened to Swift’s bold 1989, but even cooler if you pored over Ryan Adams’s cover of it instead.

While it seems that Swift as a musician has, so far, successfully stood the test of time, fans are forced to remember the less favorable moments from one of their favorite starlets. For the past few years, Swift has been criticized for her seemingly endless cycle of boyfriends. In conversation, her name almost always follows that of Kanye West and his wife Kim. The composition of her celebrity girl squad is spoken of more than her actual songs are. I think this ever-increasing myre of melodrama is, whether you like it or not,  just part of her current image. And if she’s trying to generate buzz, it’s working.

Now, I don’t consider myself a devout Swift fan (I’m told they call themselves Swifties?) by any stretch of the imagination. Sure, I’ve been to two of Swift’s concerts, downloaded at least three songs from each of her albums onto my iPhone, and at one time invested in a pretty fantastic Fearless tour T-shirt. Over this decade that I’ve come to know the charismatic country-turned-pop princess, however, I’ve always considered her a talented artist who really knows how to work a crowd. Though we’re already a decade into it, I think Swift’s story isn’t over yet.

Seeing her image transform has been pretty exciting—one year she’s all curls and cowboy boots, the next she sports fedoras, ironic tees, and stick-straight bangs. As a girl who has grown old with her music, I wonder what she has planned for this new phase of her career. Will she revert to the sugar-sweet style of her early days, or will there be an unexpected shift for the extreme?

In the weeks leading up to her rumored album release, longtime fans are growing increasingly anxious to find out.