Home » Feeling at Home in Chinatown 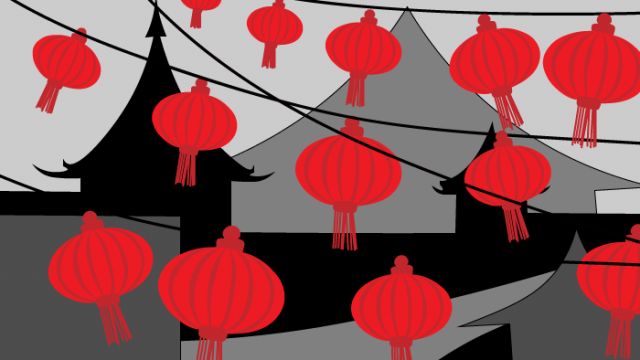 Feeling at Home in Chinatown

During long and grueling school days, the only thing that gets me through the week is the anticipation for the weekend. While many like to stay on campus—watching sporting events or hang out in their dorms—I prefer to explore different parts of Boston and eat out in restaurants with friends.

Having been brought up in Asia, I’ve become accustomed to many different cuisines and have grown to love them. Over the course of my life, food has become one of my passions, and I’m always on the look-out for the best soup dumplings or bowl of ramen in town.

Returning to Boston after the break had me immediately nostalgic for Asian food. Luckily, Boston’s vibrant food scene has an abundance of restaurants from which to choose. In this instance, my friends and I decided to head to Chinatown to indulge in one of our favorite Japanese hot pot—the perfect hearty meal on a cold, dreary, winter night.

Surprisingly, after living in Boston for close to five months, it was only my second visit to Chinatown. This time, I instantly felt at home walking through the crowded streets, taking in the familiar sights and smells.

On a Friday night, Chinatown is reminiscent of the bustling streets of Hong Kong, lit up by radiant neon signs and glowing lanterns suspended above the roads. Diverse crowds overflow from tiny milk tea joints and lines accumulate outside the neighborhood’s most notable restaurants.

The densely-populated area is the third-largest Chinatown in the country. It’s not only a tourist hotspot, but a go-to destination for many international students from Asia desperate to get a little taste of home. Chinatown does not disappoint, offering authentic food from all corners of Asia.

My first visit to Chinatown was unexpected. I went to visit a friend from home, who lives off-campus in a luxury, high-rise apartment building with a concierge, fitness center, and heated indoor pool.

The building towers above the narrow and winding streets of Chinatown, located minutes away from some of the best restaurants Boston has to offer. The modern condo features sleek floor-to-ceiling windows with sprawling views of the city—a far cry from a cramped freshman dorm on Upper Campus.

Walking through the opulent lobby, it became clear that the majority of the building’s occupants were affluent international college students. The young residents moved in and out of the building dawning designer clothes and carrying Barney’s shopping bags.

I was immediately taken by the lavish lifestyle. Who wouldn’t be? I began to imagine life without communal bathrooms and cafeteria food. I wouldn’t have to worry about waking up my roommate in the morning when I’m cramming an essay or be conscious about my tidiness. Instead, I would be surrounded by the cuisines I love within walking distance from Newbury Street and the Common.

Yet when I returned back to campus, I realized that my desires were not entirely realistic. Not only would it be unlikely for my parents to fund my off-campus endeavors, but I would be doing myself a disservice by residing off-campus. I would be missing out on impromptu antics with friends and restrict myself from meeting new people.

Despite the appeal of having this cosmopolitan lifestyle, I realized I was better off following the traditional housing route at BC. Living off campus so soon would be going backward. It dawned on me that I needed to embrace my new surroundings and overcome my own personal issues with living on campus.
For anyone, going to college is a once in a lifetime experience. Living in a dorm builds character.  It teaches you lessons as you learn to live with people who you won’t always get along with. More importantly though, it would be a shame to not take advantage of the spirited campus lifestyle that many would be so grateful to have. 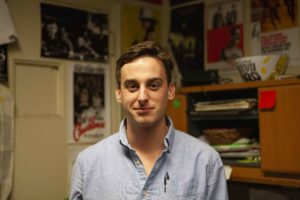