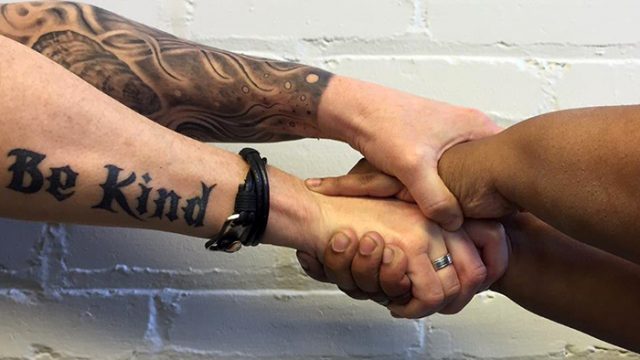 On Feb. 25, 2015, the 35th annual homeless census ran by Mayor Martin J. Walsh, WCAS ’09, found 7,663 men, women, and children living in shelters or on the streets of Boston. The predicament of Boston’s homeless population, which includes families and the elderly, comes into sharp focus during the winter months when the average winter temperature hovers between 22 and 30 degrees—without taking wind chill into account.

So Paul English, a local entrepreneur and philanthropist, conceived the idea of the Winter Walk, in which members of the Greater Boston area would come together to experience a small part of what the homeless experience every day in the winter—the freezing cold—in an attempt to raise awareness. English’s vision has become reality, and the first Winter Walk will take place on Sunday, Feb. 12.

English developed the idea of the Winter Walk in the summer of 2016, after explaining to The Boston Globe that he wanted to develop an event conveying the physical discomfort of homelessness.

“I want people to feel the pain of how bad it is outside,” English told The Globe. “It’s kind of like walking in someone else’s shoes, literally.”

English then organized a small team of leaders committed to preparing for the Winter Walk, both in marketing and funding. They will donate the money raised by the Winter Walk to five organizations that address the varied needs of the homeless in the area: Boston Health Care for the Homeless Program, Bridge Over Troubled Waters, Brookview House, Pine Street Inn, and Y2Y Harvard Square. These groups span the scope of demographics and situations represented by the homeless community in the area.

The inaugural Winter Walk is the epitome of a community event. Ari Barbanell, the director and co-founder of the Winter Walk, explained that the leaders worked with the Mayor’s Initiative to End Chronic Homelessness, as well as many city departments to create a poignant event that will draw positive attention to a worthy cause. Many local service organizations have pitched in with the event, dedicating their time and effort to support the Winter Walk. In addition, a wide array of local businesses, such as Newbury Comics and the Kraft Group, have sponsored the Winter Walk. And it has certainly kept its organizers busy.

“Planning [the Winter Walk] has been a wonderful whirlwind,” Barnabell said.

In preparing for the walk, organizers met with many of those who make use of the services for which they raised money. Barbanell said that those they have met so far have been “willing to open up [and] share stories with kindness and honesty in the hopes that it will make an impact.”

Barbanell noted one such man, Mickel, a patient at Boston Health Care for the Homeless, who wrote a particularly moving poem about his experiences with homelessness and what he wishes to convey to those who might judge him based on this single factor. The poem, entitled “I am,” speaks eloquently about contradicting emotions and where he is coming from on his “life’s journey.” He asks readers, should they come across him on this journey, to “smile at me, talk to me, or simply be still.” Mickel’s call for understanding will be shared at the Winter Walk in a video of him reading his poem.

In addition to Mickel’s poetry, Dr. Jim O’Connell, president of Boston Health Care for the Homeless, will be addressing the crowd at the event.

The organizers are expecting 500 to 1,000 people to participate in the event in some way. The route takes participants on a 2-mile walk, running in a loop from Copley Square, up Boylston Street, through Boston Common, and back down the other side of the Public Garden. After the walk, the participants will participate in a community breakfast at which O’Connell will speak, and will share stories and learn from the experiences of others.

The Winter Walk is shaping up to be a yearly event. The organizers hope to foster a better understanding of the stories within the homeless community. They strive for the eradication of homelessness in Boston and to be “a catalyst for action and awareness.” Through the Winter Walk, philanthropy and activism will come together to help members of the community see the homeless in a new light, and to work toward making a positive change together.