Home » From Ashes to Ashes, Stubs to Stubs 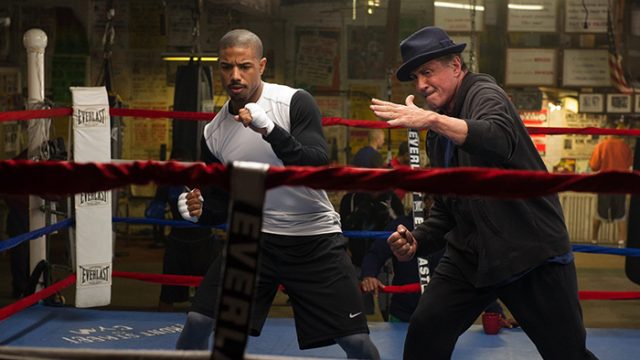 From Ashes to Ashes, Stubs to Stubs

As I have stated probably ad nauseum, I love movies. While it may seem that I was born with a ticket stub in my hand and a straw from a Coke slurpee in my mouth, I’m pretty sure this wasn’t the case. But I was recently asked how it all started. Why I have spent (read: wasted) so much time watching movies? Shouldn’t I be playing outside with the other kids? This time I wanted to give a concrete answer, so I went back through my list trying to remember when and with whom I had seen these movies. I think I nailed the inception (get it? That’s the name of a movie) of this love of film down. So here we are. Begin column.

The inception for this obsession was the 1-to-1 Technology Program instituted by my middle/high school. My eighth grade class was selected to be the pilot grade for this leap into the 21st century. We were all required to buy laptops to “supplement” our learning in class. I can assure you that giving eighth graders laptops is not a good idea. Inevitably, I found myself browsing the internet while the teacher tried in vain to teach the class about … checks and balances? Anyway, I found the wealth of movies that I could stream from the internet (completely legally, I swear). I would decide on a movie in class and then when I got home, I would watch it.

The first movie I remember streaming was The Campaign, an election-based comedy starring Will Ferrell and Zach Galifianakis. The trailers appealed to my mature and sophisticated middle school mind. I was disappointed, but I realized that I could basically see any movie I ever wanted to. After seeing all of those R-rated movies that 13-year-old me wasn’t allowed to see, I began to go down lists of “must-watch” films on various websites. On weekends, I would go see movies at the theater. But since I was only 13, and I didn’t own my own business from the time I was five like seemingly every other Boston College student I hear about, I had to get someone to finance my informal courses in “film studies.”

I found that someone in my father. My dad also has a love of movies, and he was happy to share his experience of film with me. Every time we were bored on a weekend, we would go see a movie. If there was a particularly slow weekend, or if we had seen everything that was out, we found other ways to satisfy the desire for cinema. We would go to Blockbuster (#90skids) and rent a movie. We saw a lot of garbage movies, but there were gems as well. He showed me movies like Die Hard, Indiana Jones, and Jaws. We share our love for action movies (good and bad) and, in this age of sequels, it was very cool to see the continuation of series that he had seen when he was my age. His favorite movie is Rocky, which he saw in theaters 20 times when it came out, and he revelled in taking me to see Creed last year. I have to admit, it was pretty interesting to see Sylvester Stallone’s ouroboros with someone who had witnessed the transition over decades.

I learned that his family loves movies, and it seemed like I was destined to feel the same way. His mother (my grandmother) seems to be the one I take after most. She and I both see all of the Oscar-bait movies, all of the small indie-films, and all of the experimental/weird movies that come out throughout the year. Last year, when I was on my annual journey to see all of the movies nominated for the Academy Awards, she was the only person who had also seen Carol and Joy and so we would discuss them.But the buck doesn’t stop there. My family’s love of movies goes back even further. Two Hanukkah’s ago, I heard this story after we had finished devouring copious numbers of latkes. Apparently, when my father’s grandfather (my great-grandfather) died before I was born, my dad’s family didn’t know what to do after the funeral. So everyone packed up and drove over to the movie theater to see a movie.

That’s what I want at my funeral. After the ritual burning of all of the DVD copies of The Adventures of Sharkboy and Lavagirl 3D within a 10-mile radius of course, I want everyone to go and have a good time at the movies. My only stipulation is that they can’t see a 3D movie, because 3D sucks. Also I request that they can sprinkle my ashes in the popcorn machine. 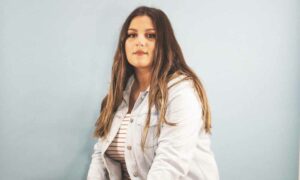