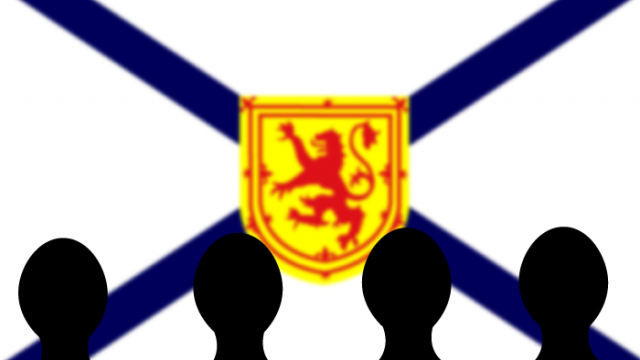 “The Mursday Effect” is a humorous piece created pseudonymously by two authors, with each devoting him or herself to an alternating chapter each week. The newest installment in the serial will appear in each Monday issue of The Heights. It can also be found online with the previous chapters.

Bridget and George exchanged glances again, a thing they kept doing because of their older companion’s odd behaviors. The mercenaries were encroaching toward them in a slow marching way, like they were about to start snapping and singing “The Jet Song” from West Side Story. Nonetheless, it was still terrifying.

Bridget swiftly kicked at a Nantucket red-clad leg, bringing the guy’s perfectly-coiffed wall of hair to the ground. Retrograde threw punches at two of their enemies, using his recoil to elbow another in the face. George stood in the middle and thought about how to get into the fight without feeling awkward. His question was answered for him when a man in all black swiped at his face, like a cat.

“Okay, what the hell? That was my face. You want me to end up looking like Owen Wilson, with his nose all messed up? It’s on,” George shouted to the man, who had already moved on to punching him in the shoulder. George grabbed the man’s leg and hoisted it into the air, waving him around like a doll.

“Just because I’m a coxswain for the club rowing team doesn’t mean I’m not strong,” George said through his clenched jaw. “Everybody thinks that, and I don’t know why.” He looked into the distance and sighed. The sound of jeers in Mod parties sounded in his ears, overwhelming his brain.

“Alright, that’s enough. You’re supposed to be fighting. No one wants to hear about your insecurities,” Retrograde yelled, taking on three mercenaries at a time. He banged two of their heads together, the CTE practically bursting from their brains. Retrograde flashed a satisfied smile.

“Can you all hurry up? There’s a spot over here that’s completely open! We can make a break for it,” Bridget said, perched on a pile of unconscious preppy men and security guards. She earned her expert level five patch in Krav Maga at the age of 16, so all of this was below her.

The three snuck out of the circle and proceeded down Beacon Street.

“That was some real good fighting,” George said, wiping sweat from his hairline. “That was worse than the 5k I did in the fall.”

“Shut up, George, you didn’t do anything,” Retrograde muttered, shaking his head.

“But do any of us ever really do anything?” said a voice from behind them. “Like, what do any of us do? Doesn’t that make you think?”

“Who the hell are you?” Retrograde said, shooting major side eye at his two student companions.

“Oh gosh, I know this kid,” Bridget said. “His name is Darren MalientePedo Ringtck. He was in my first-year writing seminar. His favorite thing to write about was living on a houseboat for a week in Turks and Caicos. Needless to say, he was insufferable.”

“You’re just not opening your eyes to the actual, like, experiences out there,” Darren huffed, rolling his eyes at his peers who clearly just did not get it.

“Yeah … well, anyway, we’re doing something, so you should go,” George said. He smiled as he thought how important he must sound.

“Oh, are you doing that thing with Athena? Yeah, that’s a ride. It’s no Turks and Caicos, though. Did I tell you guys that I lived on a houseb—” Darren began, but was interrupted.

“Wait a minute. Darren, are you involved with Athena Wilson?” Retrograde said. He raised his eyebrow, indicating that something was afoot.

“Yeah, but are any of us really involved? We’re all just dust in the wind, yaknow?” Darren said wistfully as the other two students sighed exasperatedly.

“I swear to God, Darren, I’m a nice person, but if you don’t stop saying absolutely nothing relevant I will tie you to a lamppost,” Bridget said.

“Yeah, you’re really annoying,” George said, hoping to finally break out of his role of being the annoying one of the group.

“Darren, come with me. You two, stay here for a bit,” Retrograde said, putting his hand on Darren’s shoulder and ambling down the block with him.

“I really hope he’s not bringing him with us to Nova Scotia,” George said. “He seems like the worst.”

“He is,” Bridget responded, keeping an eye on the two conversing.
“Great news, folks!” Retrograde exclaimed in a more chipper voice than usual. “Darren will be journeying with us to Nova Scotia.”

There was a collective groan, even from Darren. The original three stared at him, cocking their heads to the side.

“What? It’s so cold there. And you know what Aquinas said about that: it’s too cold outside for angels to fly,” Darren said, his voice dripping with an air of importance.

“Now, now, kids, let’s go. It’ll be fine,” Retrograde said, feeling more and more like a parent as the minutes went by.

“I’ll get an Uber to the airport,” George said as he whipped out his phone.

“Ubers are just vehicles, literally, for the man to take us all down and keep us submissive,” Darren drawled.

“I don’t care how big this car is, you’re sitting in the trunk all the way to Logan,” Bridget said, clearly at the end of her rope.

Minutes later, the Nissan Altima arrived, and our heroes piled in.

“Sir, this is an Uber. Your destination was already input before you even got in the car,” the driver said.
“Okay,” Retrograde said.