The city of Newton passed an ordinance Tuesday night that made it a sanctuary city, affirming  its commitment to immigrants, both authorized and unauthorized. When the ordinance passed, the crowd, made up of more than 150 people, including some wrapped in Pride flags and holding “We Are All Immigrants” signs, stood up and clapped.

After the ordinance passed, Newton mayor Setti Warren delivered his State of the City address, saying that the ordinance has “the right outcome for everyone in the city.” Warren is a likely challenger to Governor Charlie Baker in the 2018 gubernatorial election of Massachusetts. His speech reflected an ideal of a hopeful future, a message that, perhaps, Warren hopes will propel him into the governor’s mansion.

A few miles down Commonwealth Avenue, the leadership of Boston College has also offered some measure of support to students affected by the immigration ban. University President Rev. William P. Leahy, S.J., in a rare gesture, emailed the student body to express his support to immigrant students. Prior to this, he signed two separate documents that stated BC is committed to upholding DACA and managing the challenges immigrant students face, though he hasn’t signed a third, more specific document from the Association of Jesuit Colleges and Universities. Then, recently, a small newspaper in Treasure Coast, Fla., published an in-depth interview with Leahy where he expressed frustration with Trump and disagreement with his policies. Leahy has spoken more publicly since Trump’s first day in the White House than he has in the past three years.

In the recent past, Leahy has dispatched deputies and vice presidents to do the work often done by presidents of other universities, like meeting with student groups and corresponding with the campus community. Students tend to believe, and his actions reflect, that he’s a president with a primarily financial focus. Leahy’s strategy has worked—in his 20 years in office, the University has crept up the U.S. News and World Report ranking from 37 to 30.

In 1996, at the beginning of his tenure, Leahy took a more aggressive and involved approach to student problems and activism. A Heights file photo from 1997 shows him gesturing at a town meeting. Students sit at his feet, listening. He’s commending the student body for showing “admirable civility” in the face of an event that strained race relations at the University.

That’s not the Leahy many current students would recognize. In columns in The Heights, impassioned speeches from club leaders, and a rally last semester, students have implored Leahy to speak, to little avail. This is why his recent spate of correspondence has been so strange. Is Trump’s presidency pushing Leahy out of his zone of silence? Or, more likely, perhaps he is paying lip service to the extraordinary circumstances, spurred on by a fellow Jesuit who is unafraid to speak his mind.

Leahy’s recent communications could be motivated by a need to protect his campus, or perhaps by a genuine desire for activism last seen in the late ’90s. But that’s not really what his message has been. In the TCPalm interview, he expressed his concern about Trump, his belief that everyone needs to find common ground, and his optimism that America will survive, just as it survived other predicted disasters like the Andrew Jackson administration—though not everyone survived the Jackson administration, which led to the widespread removal of Native American tribes from their rightful land in the Trail of Tears.

Ultimately, Leahy’s viewpoint, as expressed in the interview, is that “there is the possibility of renewal, reform.” He’s talking about Trump, still, but that line reflects what wishful-thinking students may have said about his own presidency. Everyone can change, even college presidents with a spectral presence and an indirect approach to addressing student interests.

In Newton, the city that houses the majority of Leahy’s Gothic campus, all immigrants have protected status. Warren’s desire to make Newton a sanctuary city is honorable. But perhaps some small part of his motivation lies in his likely 2018 gubernatorial run and his need to appeal to both the stalwartly liberal Massachusetts voting base and the commonwealth’s large immigrant population. And perhaps Leahy has honorable intentions too. But it’s been 20 years since he began as president of the University. It’s possible that, perhaps, he is thinking about his time in office and the praise and criticism it has received. 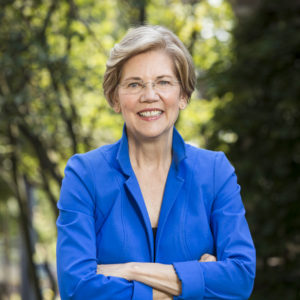 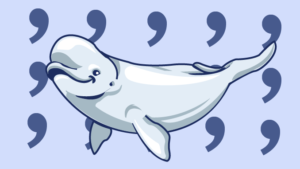 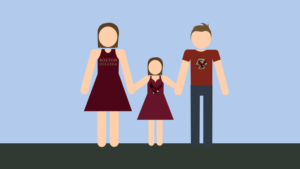