Home » Nicknames: What’s In a Name? 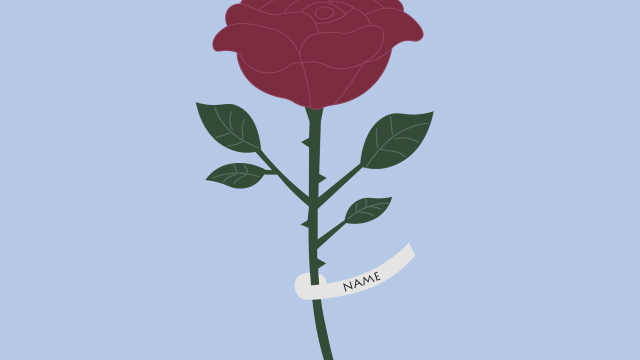 Nicknames: What’s In a Name?

“What’s in a name? That which we call a rose by any other name would smell as sweet.”

What mean you, Juliet? I have never been able to discern how I feel about this line. On one hand, a name is just a useful convention we use to describe what is around us. Montague and Capulet were just representative words of the people used to divide and categorize. The rose is a rose. On the other hand, names do hold a lot of power as symbols. Family names symbolize esteem and heritage throughout generations. When hearing our own names, we respond and look for those calling us out almost involuntarily.

But the loftier ideas are for another time. I want to know, what’s in a nickname? It would seem that the prevalence of nicknames has been cut down severely. And when I talk about nicknames I am not talking about abridging an existing name (William to Will or John to Jack). I am talking about the nicknames that people just give you—the involuntary kind of nicknames that were bestowed on you without your consent. Those nicknames of old were fun and solidified people within a group because it was the group that defined how they were to be regarded.

There was a certain art to it. When talking to my grandfather, his stories are rife with names that seem little more than a smattering of letters. In all cases, his stories had an additional sense of flair because it wasn’t Jack and Jill running down to the market, but something like Licks and Howler swinging by the dollar store. The stories he tells are more unique to him and his life because they contain a lexicon no other group shares. It also demands that people are knowledgeable about one another, as opposed to a distanced superficial familiarity.

What I find of value in nicknames is the fact that others give them to you. In many cases, my grandfather would tell me, it wasn’t something positive, rather something that made you stand out, or made reference to a historic personal event. So when you jumped off the roof, broke both your legs, and walked around with splints for five months, you became Splints. These kinds of names did a lot for group solidarity. You were given a name. You gave others names. Each name was more than a calling card but a segway into a story or the reminder of a history.

I wonder why the practice has fallen away, or why I don’t remember anyone in my life or circles sporting anything other than what is on their birth certificate. Isn’t that kind of boring?

As people, were are not defined by our name, but by our experiences. No two Davids are alike. Neither are two Marys or Katherines. Those nicknames pointed, in some ways, to something more unique to you than the name you share with others. It points to an event only you lived. That event is part of a larger amalgam of experiences that constitutes you.

What’s in a name? What kind of name? I think what Juliet meant was that proper names don’t mean much. They don’t give you the sensation of smelling a rose. The Montague name does not capture the essence of Romeo himself. Those names are bland and doesn’t clue us into anything about the substance of a person or thing. Nicknames can do that better because they are intrinsically tied to the person.

In the future, I hope to see more nicknames because more nicknames means more stories. It’s a way to differentiate all the humdrum names and delve deeper into the essence and experience of a person.

When at social events, we know that the nice question to ask is “What’s your name?” but the far more interesting question is, “What do your friends call you?”