Longtime BC Dining Manager Passes Away

Jim Devoe, a dining manager at McElroy Commons, passed away unexpectedly on Sunday at the age of 62. On Monday, a message board with his photo was set up in Mac with messages written from students and dining staff. A table with flowers and a Boston College Superfan hat was placed next to the message board.

“On Sunday, a longtime manager of BC Dining, Jim Devoe passed away unexpectedly,” a sign on the table reads. “Please keep him and his family in your thoughts & prayers. He will be greatly missed.”

Devoe worked as a manager for BC Dining for over 30 years. Many of his peers knew him as a talented guitar player and singer.

“Our team is still processing our loss today,” Director of BC Dining Elizabeth Emery said in an email on Monday. “We enjoyed his music at our Christmas party in January, and he played in front of the fireplace at Corcoran Commons a number of times for students.”

On Sunday morning, Devoe, who was set to begin his shift in Mac at 11, was performing his usual morning rituals in his backyard and was talking to his neighbor. His wife, who was upstairs at the time, began to hear her dogs barking loudly, so she ran downstairs. Devoe had collapsed on the floor, and the neighbor had already called 911. He died before the ambulances arrived. His wife called BC Dining shortly after to tell them the news.

Devoe was known to be a nice man by his peers—sometimes even too nice.

A month ago, a new student worker joined the dining staff who was not meeting expectations. He was a slow worker and was not communicating well with customers. One day, he showed up to work over an hour late while Devoe was the manager on duty. He could have easily sent the young man home and fired him, but he wanted to give him another chance.

The next shift, the worker came back with his shirt encrusted with food—he had apparently not washed it since the shift before. Instead of yelling at him, Devoe went to his office where he kept a couple extra clean shirts and gave it to the worker to change into. He had a conversation with the worker and let him know that he wanted to keep him, but he had to make some changes.

Now, the worker is doing well at the job, according to Michael Forcier, general manager at Mac. Because Devoe trusted in the worker and gave him an extra chance, the worker has shaped up.

“That was Jim,” Forcier said. “He was such a great guy. He has made an impact on people’s lives.”

Devoe’s son, Tom, graduated from BC in 2011. Tom was able to attend BC tuition-free because his father worked here. Devoe worked at BC for all of Tom’s life and always had season tickets to BC football and hockey games. He even handed his son his diploma at graduation.

“The same passion he had for BC he had for everything in life—for his family, for his friends, [and] for playing guitar,” Tom said.

Calling hours will be held on Friday from 3 to 7 p.m. with a service at the Tighe Hamilton Funeral Home at 6:30 p.m. in Hudson, Mass. 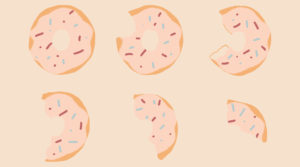 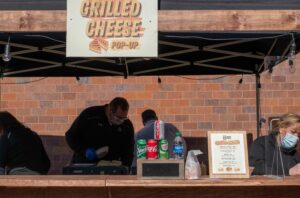 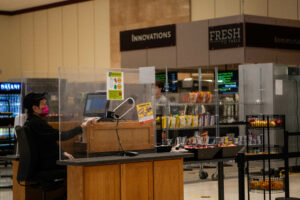