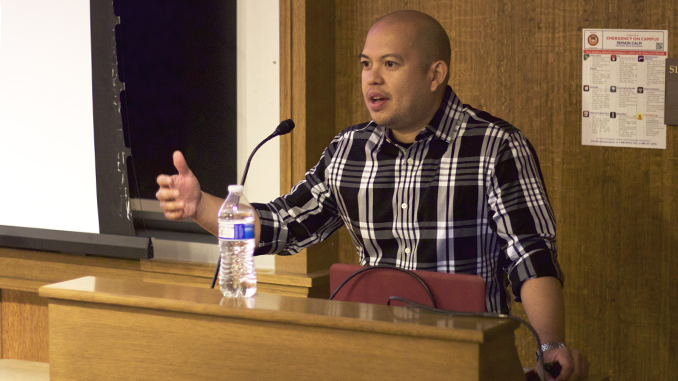 When Anthony Ocampo came out to his parents as gay, his parents were not accepting. Their problem was not with him personally. As immigrants, they had worked extremely hard so that one day their son could find a wife and have children. Ocampo’s being gay suddenly shifted the vision his parents had held to so closely their entire lives.

Ocampo, a Filipino-American sociologist, author, and professor at California State Polytechnic University, Pomona, spoke to a group of students about the experiences and challenges LGBTQ+ members in minority communities face on Friday evening.

The talk was a part of Undergraduate Government of BC’s GLBTQ+ Leadership Council’s (GLC) annual Pride Week, and it was sponsored in collaboration with the Philippine Society of BC.

Pride Week began on Tuesday—the first event being a queer intersectionality student panel which featured voices of queer identities from diverse cultural and religious backgrounds, with a focus on the experiences of underrepresented identities within BC’s LGBTQ+ community.

“Opening Boston’s Closet” was held on Wednesday to provide a supportive environment for BC students to share their unique stories related to “coming out.” The purpose of the event was to strengthen BC’s LGBTQ+ community and call attention to the diverse backgrounds of its members.

On Thursday, the Pride Week Games & Crafts Social offered students in BC’s LGBTQ+ community the opportunity to get to know one another through creating crafts and playing board games together.

During Ocampo’s talk, he explained that he began to realize he was gay while studying racial and ethnic identities in graduate school. He had concerns about this because within communities of color there is often an ethos that the members of these communities need to be “respectable,” and implicit in this idea of respectability is not “rocking the boat” when it comes to sexuality, he said.

Upon discovering how little data had been collected on what it is like to be a queer member of a minority group, Ocampo assumed the responsibility of conducting this research himself. He has gathered years of ethnographic data on queer people of color, and he has spoken to over 200 queer children of immigrants.

Ocampo talked about how, while his parents were not accepting of his homosexual identity at first, he realized that when he exposed his parents to stories about other queer people’s experiences, it helped them let go of their preconceived stereotypes.

Ocampo encouraged young members of the LGBTQ+ community who are considering coming out to their parents to find an opportunity to understand their parents’ stories as well. When he came out to his parents, he learned that the problem his parents had with his sexuality was not that they didn’t accept him, but rather that the dreams they had of their son one day finding a wife and having children were what powered them through all of their negative experiences they had had as immigrants.

“I had to honor those dreams, and I had to let my parents mourn them,” he said.

“When you think about racism, sexism, Islamophobia, classism, homophobia, transphobia—these systems … are there to dehumanize,” he said. “So anything that you can do to demonstrate your humanity … is magic.”

This cannot always be done in public, Ocampo said, which is why he thinks having safe spaces like ethnic-cultural centers or LGBTQ centers are important. It is through these spaces that people can have intellectual and creative agency to experiment, and fail, with the person they want to be, he said.

Ocampo told the audience to feel free to experience and fail, and think of their failures not as setbacks, but as prerequisites to greatness.

“You’re here because hundreds and hundreds of other people tried and failed, and then a handful of them were able to succeed, and they busted the door open for you to be here,” he said. “Figure out what you can do to make your contribution so that you open the door for someone else that comes after you.” 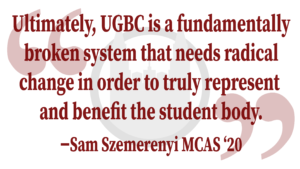 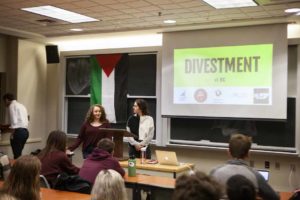