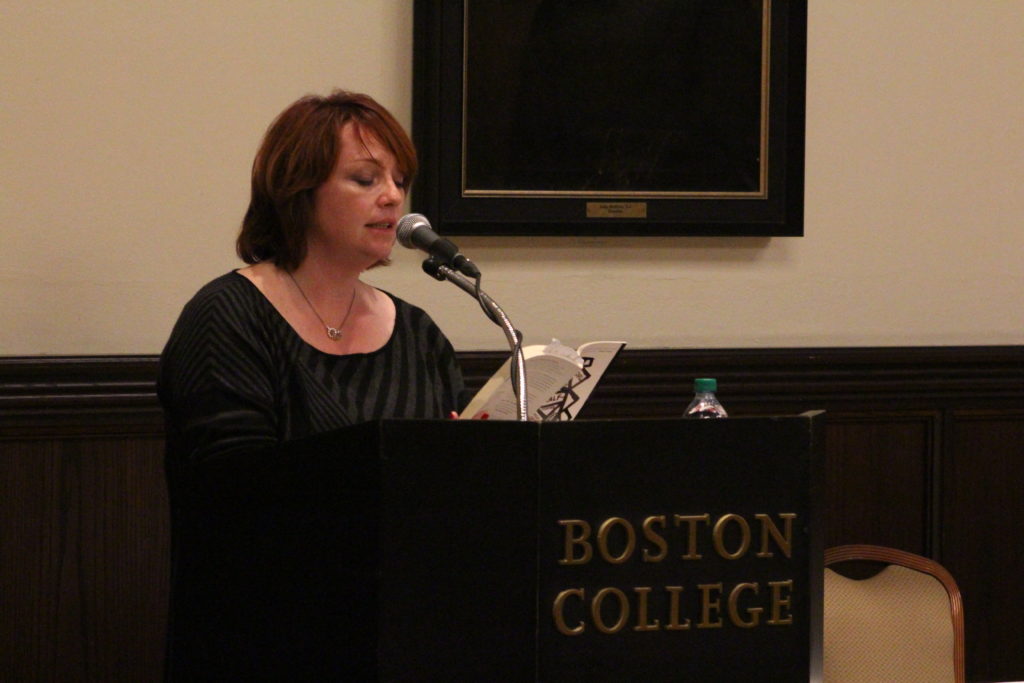 On Wednesday evening, award-winning Irish novelist Eimear McBride spoke to a large audience in Gasson as part of the Lowell Humanities Series.

McBride read a few passages from two of her novels, A Girl is a Half-formed Thing (2013) and The Lesser Bohemians (2016).

The Irish novelist, who first wrote Girl at the age of 27, had difficulty publishing this work—it took her more than nine years to finally publish the book.

When the first novel was finally published in 2013 by a small independent U.K publisher, Galley Beggar, it received high critical acclaim and McBride received many prestigious awards, among them the Goldsmiths Prize and the Baileys Women’s Prize for Fiction.

McBride began by talking about her background and explaining how she became a writer.

She spoke of her proclivity for writing at a young age, as well as her interest in language, something she wanted to explore when she decided to become an actress and move to London at 17.

After stopping to pursue an acting career, McBride credits going off to St. Petersburg, a historic and still very populous Russian city, for serving as perhaps an inspiration to begin writing on a regular basis.

“I drank a lot, and read a lot of Dostoyevsky, and realized that it was time to take writing seriously,” McBride said.

The author also spoke of how important it was for her to read James Joyce’s Ulysses when she was 25 years old.

In a previous interview, McBride has cited the influence of the prominent Irish author (Joyce), but she has also made it clear that she’s never thought of imitating Joyce.

“I remember sitting down to write Girl and feeling Joyce was on the outside. He and I are looking for different things,” Mcbride said in the 2016 interview.

McBride then proceeded to read the first chapter of A Girl is a Half-formed Thing.

Through this reading, she allowed the audience to understand how uniquely the novel is written, and furthermore gave a voice to the nameless narrator of the book.

McBride then spoke about her desire to write about the female sexual experience, a theme that is present in both of her novels.

“Female sexuality exists within itself, and it can have its own purposes that are not there for male satisfaction,” McBride said.

McBride moved on to talk about her second novel, The Lesser Bohemians, a book that she wrote after feeling homesick about London.

During the Q&A, McBride discussed how she decided on the language and style used in A Girl is a Half-formed Thing.

“When I realized what the story was about, I knew the language would have to work in a different way in order to tell that story I wanted it to,” McBride said.

McBride also highlighted the importance of persistence in her life, even though she had felt discouraged at times to not have her book published in a timely manner.

She concluded by mentioning how internal life is always present , and that human sexual interactions have meaning, a topic McBride has explored and utilized in both of her novels so far. 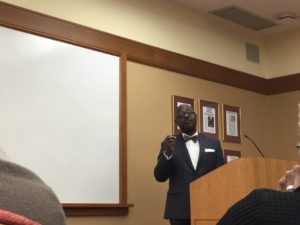