On Saturday Oct. 14, the Boston College Law School and the Connell School of Nursing co-sponsored a forum focusing on homicide in both the local Boston area and the nation as a whole.

The forum brought together experts from BC, Northeastern University, and several law enforcement agencies, who discussed a wide range of topics. Each speaker has conducted research into specialized areas such as wrongful convictions, sexually motivated homicides of elders, and common motivations for mothers who commit infanticide.

The forum was inspired by a collaboration between the Northeastern University Atypical Homicide Group and Connell School of Nursing professor Ann Burgess.

“We’d been looking for some time when we could meet and talk about our research and where people are going because … it’s international as well as national,” Burgess said in an interview with The Heights.

A professor of psychiatric nursing at BC, Burgess gave a presentation at the forum titled “An Atypical Serial Killer,” based on her research at Northeastern as well as her personal experiences as a nurse. This research lent itself to a discussion of the unusual nature of the recent shooting in Las Vegas.

The forum featured several experts who studied both weapons of mass killing as well as those who use them. In their opinion, the Las Vegas shooter was unusual in his ability to transport weapons into the hotel room of the Mandalay Bay Hotel, as well as the high vantage point and sniper style of the shooting.

Burgess also highlighted the important interface between nursing and the forensic process, explaining that often times, especially in instances of mass shootings, nurses are responsible for the preservation and collection of evidence.

“One of the reasons to have the conference was to talk about the issues [nurses] could come into contact with,” Burgess said. “Another thing that is important to acknowledge is that we have a lot of forensic nurses and students who are interested in this topic.”

Forensic nurses, who are usually tasked with taking care of patients that have a legal component to their treatment as well as interpreting medical data for legal cases, have become more important in recent decades.

Increasingly, nurses will collect and preserve evidence from patients themselves, such as bullets removed during surgery or properly storing clothing, as well as go directly to the scene of the crime to photograph and instruct others on how bodies should be transported.

Although no specific academic track is offered for forensic nursing, Burgess works to ensure that every BC nursing student is trained in how to manage evidence and navigate their potential place in the legal process.

connell school of nursing homicide forum bc law school
According to Addazio, Florida State Still One of ACC’s Elite
Student Assembly Resolution Calls for BC to ‘Affirm that Black Lives Matter’ 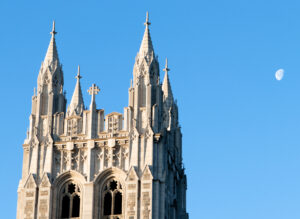 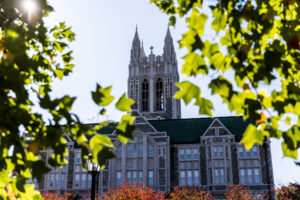