Looking Forward to Sitting in Cinemas

Closing the book on another year is always an interesting experience. For a while, dating papers, forms, or checks will be a pain as you write last year instead of this year. Everyone makes New Year’s resolutions, and resolves to leave a few things behind in last year (I’m hoping to never hear “Mr. Brightside” again). But it’s nice to look forward to a few things as we return to work and school. What I most look forward to is seeing more movies. So, here are a few movies coming out this semester that look good or fun to me.

The first is Annihilation, which stars Natalie Portman and features supporting actors such as Oscar Isaac, Jennifer Jason Leigh, Tessa Thompson, and Gina Rodriguez. I’m a big fan of these actors and actresses. Aside from the promising cast, the movie itself looks very interesting. Based on what I can glean from the trailer, it’s about a recon/rescue mission, led by Natalie Portman, into a hostile and strange environment. She leads this expedition in order to find out what happened to a previous mission and to her husband, played by Oscar Isaac. This environment, called The Shimmer, contains what appears to be an expedited and out-of-control type of evolution which is rapidly mutating the existing animals. The film is also written and directed by Alex Garland, who wrote and directed Ex Machina. Ex Machina, notably, is a fantastic movie. These factors lead one to believe that Annihilation will likely turn out a great movie.

The newest Wes Anderson movie since 2014’s Grand Budapest Hotel is Isle of Dogs. This movie also has a lot of things going for it to be a good film. A stop-motion movie in the style of Anderson’s previous work Fantastic Mr. Fox, Isle of Dog’s visual approach has already been achieved perfectly by the director before. Further, Isle of Dogs mirrors Fantastic Mr. Fox in its apparent target audience. Fantastic Mr. Fox was rated and marketed for kids as well as adults, and it appears that Isle of Dogs is no different. Anderson has shown his ability to make movies that children can enjoy while still leaving enough compelling plot, voice acting, and humor for adults. In terms of voice casting, this movie is jam-packed with talent. Bryan Cranston, Frances McDormand, Greta Gerwig, Scarlett Johansson, Liev Schreiber, Edward Norton, Tilda Swinton, Bill Murray, Harvey Keitel, Jeff Goldblum, and Ken Watanabe all lend their voices to this film. These incredible actors all have very distinctive personas that I think will help to add more dimensionality to Isle of Dogs.

Warning: These next movies that I discuss will certainly not be as high in quality as the aforementioned pair.

April signals the release of a film that can only be described as the best role for Dwayne ‘The Rock’ Johnson that could ever be created. Rampage stars The Rock as an action hero who must save the world when a handful of animals are mutated to enormous sizes. The trailer shows a giant wolf, crocodile, and silverback gorilla destroying a city while The Rock screams into the middle distance. Rampage is based on the classic video game from the ’80s, but that hardly matters anymore. What does matter is that Rampage may well be the spiritual sequel to Pacific Rim (even though there is an actual sequel coming out in March). A fun action romp featuring the destruction of cities by enormous monsters is all this movie is and needs to be.

Super Troopers 2 has apparently achieved its Kickstarter goal to fund the sequel to the cult-favorite Super Troopers, and it’s being released in April. For those poor souls who have not yet seen the comedy masterpiece that is Super Troopers, this sequel and the original film focus on the pranks and hijinks of a group of highway patrol officers near the Canadian border. These goofballs spend the entire movie messing with each other and with the people they pull over, but the comedy still manages to have enough heart to feel meaningful. Will Super Troopers 2 be a high-quality film? Probably not, but it will almost certainly be a lot of fun for fans of the original.

In terms of celebrity deaths, celebrities who are now dead to us, and celebrities who were somehow elected President of the United States, 2017 was a very difficult year. Unfortunately, looking at new accusations and corroborations of sexual assault and misconduct by Hollywood elites, along with more acts of idiocy by our dumbest President yet (which is really saying something), 2018 isn’t looking much better. Hopefully, with these movies and others, there will be a few bright spots (or at least means of escape) sprinkled in cinemas to look forward to. 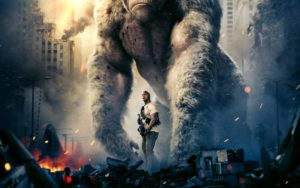 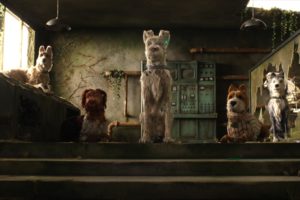