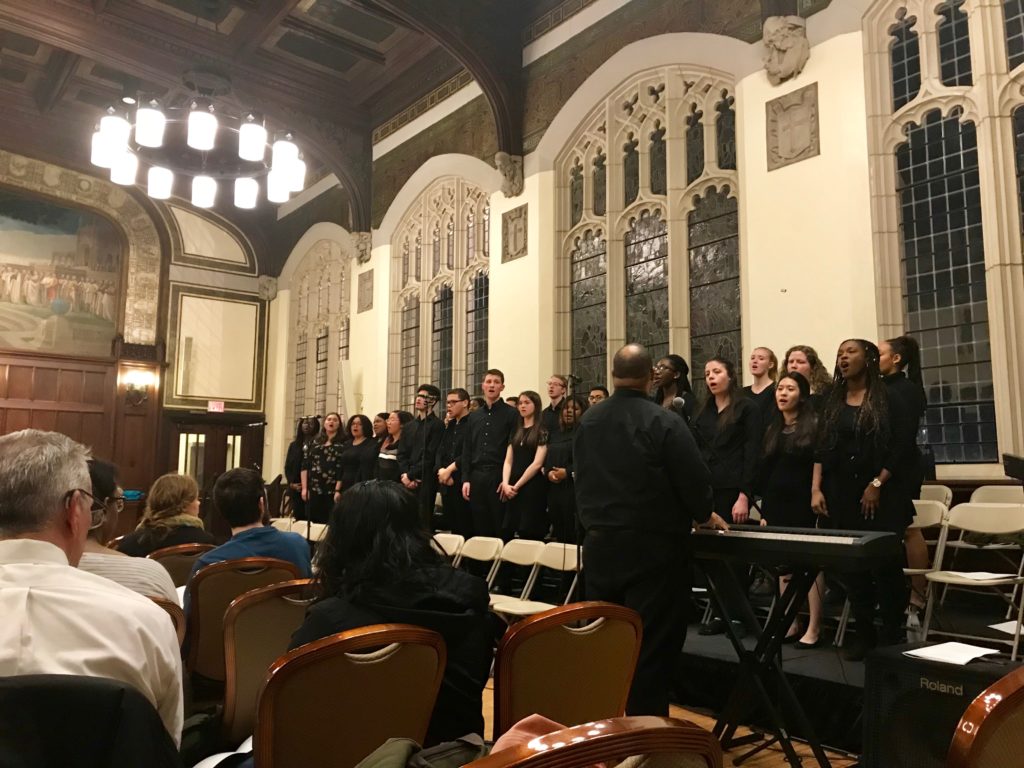 On Monday evening, members of the Boston College community gathered for the University’s annual memorial service for Martin Luther King Jr. Entitled Revisiting the Promised Land: Our Collective Vision for Tomorrow, the event came at a pivotal time for marginalized groups both in the history of BC and of the United States.

Through various mediums, including song, prayer, poetry, and public speaking, the night addressed the marginalization of people of color and minorities at large.

Anthony Penna, associate vice president for University mission and ministry, spoke about the profound impact that hearing King speak in person had on him. As a college student at Boston University, Penna recollected how King’s voice “moved the souls” of everyone who listened to him speak. For him, that was the voice of God.

“I remember standing on Comm. Ave. when I heard a real life superhero in Martin Luther King, who was gifted with the wisdom of his Biblical ancestors and had the spirit of God within him,” Penna said.

Following Penna, Akosua Achampong, Undergraduate Government of BC president and MCAS ’18, discussed King’s influence on the way she approaches life. She argued that King’s movement was rooted in “the ethic of love,” as he moved countless people with a love that “forces your soul to come out of its hiding place.”

“Dr. King answered a divine call to serve, and his legacy of sacrifice continues to galvanize countless others, including myself, to fulfill their purposes and push for change,” Achampong said.

She then addressed concerns that young activists for social justice may feel if they don’t carry themselves in a similar manner to King. She argued that sparking social change comes in many different forms but is most effective when it comes from one’s core.

She also reminded the audience that the outrage and subsequent march that occured due to the racist events last October were powerful displays of solidarity and that this work must be continued. She emphasized that students must take responsibility for any wrongdoings against them by taking action and fighting back.

BC theology professor M. Shawn Copeland later discussed how the lessons to be taken from King’s movement are valuable today, in a time in which marginalized groups have been mistreated as if they don’t matter.

“Just as Dr. King began to imagine a wider landscape for liberation, so must we,” Copeland said. “We must begin to imagine the unimaginable, if we human beings, are to understand the liberation, like King.”

Led by David Coleman, the United Voices of Freedom sang songs to accompany the message of the night, such as “Your Latter Will Be Greater” and “We’re Blessed.”

King would have celebrated his 89th birthday this year.

“His words and actions lifted the world to a better place,” Penna said.