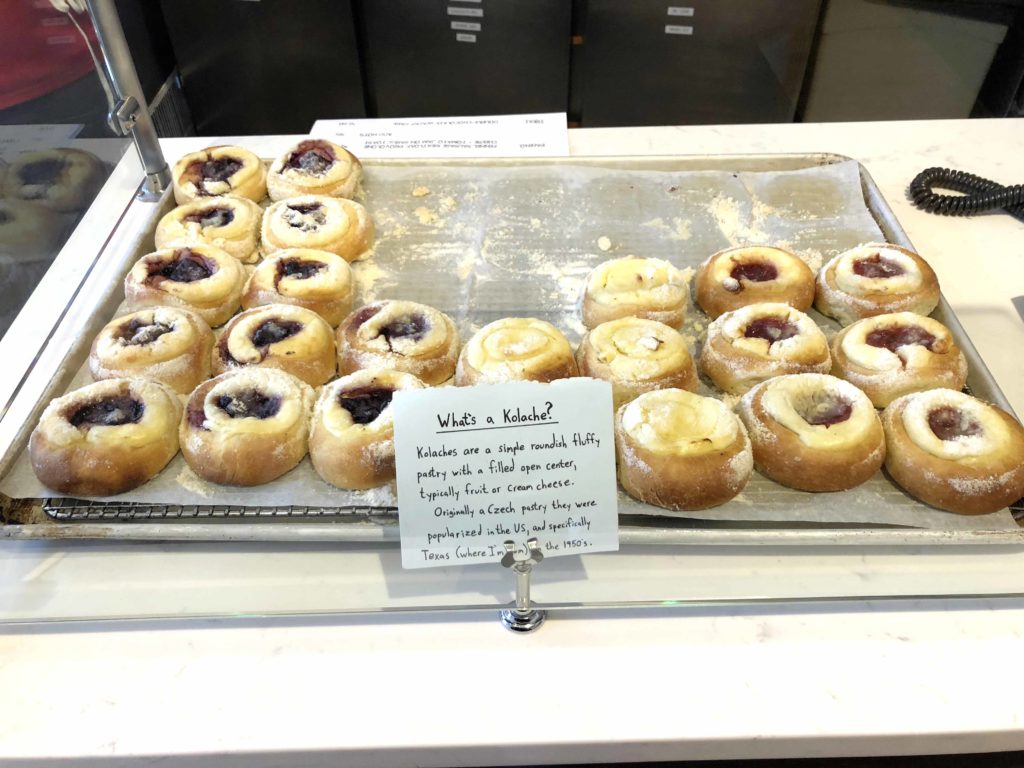 Daisy Chow, the baker behind Breadboard, has been perfecting her craft for the past 16 years. After working for a year as an electrical engineer, Chow decided to take a risk by pursuing a passion many would consider quite different from the field of her degree: baking.

In lieu of formal culinary training, Chow learned by working as a pastry chef at a former French bakery in Boston. In this role, she gained experience executing basic pastries, such as tarts and croissants. Repetition of these fundamental skills proved invaluable in developing her technique and building confidence.

Today, Chow works full-time as a head baker at Clear Flour Bakery in Brookline, Mass. Operating Breadboard Bakery as a pop-up gives Chow the flexibility necessary to maintain a full-time job while she grows her personal business. For Chow, having a pop-up business has been the best way to gradually enter the Boston bakery market.

Initially intimidated by the sheer number of bakeries operating in the Boston area, Chow was hesitant to jump straight into owning a permanent bakery. She wanted to gauge the public’s response to her treats, some of which are unconventional for the Boston area, before establishing her own bakery.

The impetus behind Chow’s decision to start Breadboard a year and a half ago was two-fold. Chow was inspired by her friend Mary Ting Hyatt, owner of popular bagel shop and pop-up Bagelsaurus. Hyatt also began her business in partnership with Cutty’s and now owns a permanent shop in Cambridge, Mass.

Chow began working at Cutty’s making sandwiches and attributes the idea for beginning the pop-up to the owners, Charles and Rachel Kelsey. One day, Chow brought in a sample of her kolaches and wacky cake, and the Kelseys encouraged her to sell them at Cutty’s as a pop-up.

“They knew I wanted to start my own business, but I hadn’t even considered a pop up at all,” Chow said. “So they were the ones who [said] you should start a pop-up and that will kind of help you gain traction towards opening a business.”

Operating Breadboard at Cutty’s has had a number of positive benefits for Chow. The Kelseys have been a valuable resource for the practical components of running a small business, and they serve as a model for success.

In terms of baking, using the kitchen at Cutty’s has been an exercise in improvisation. At Clear Flour, Chow has access to state of the art equipment, whereas at Cutty’s she must work with far fewer tools at her disposal. Chow believes this experience will be advantageous when she opens her own bakery, which may not be fully equipped initially.

Kolaches are fluffy, round pastries filled with cream cheese or fruit. They are traditionally a Czech pastry but are popular in Texas where Chow grew up. Chow seems to have cornered the Boston market for kolaches, and many of her customers come to Breadboard exclusively for the treat.

“Kolaches are a standout item,” Chow said. “I meet a lot of Texans who haven’t had a kolache outside of Texas.”

The wacky cake has a similar nostalgic aspect. Originally created during the time of World War II rations, the dessert was an elementary school favorite of Chow’s. Its popularity at Breadboard is due in part to its low cost and simplicity.

“It’s a very economical cake so we don’t charge too much for it,” Chow said. “So that kind of helps people who are on the fence to actually try it. For $2.50 how can they turn down a piece of cake?”

The buttery, flakey croissants are another staple. Chow said fresh croissants can be hard to find in the Boston area.

This theme of novelty is not accidental. Chow intentionally bakes items she believes are lacking in competing bakeries.

“I was trying to think of things that were unique that people couldn’t get anywhere else,” she said.