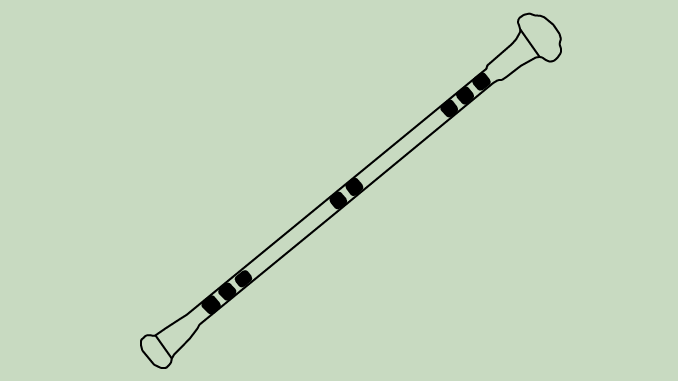 Let me set the stage: I’m in class, my hand raised. I’ve rehearsed in my head what I’m going to say. I’m ready to go, and I’m called on. I’m only a few seconds into my response, and my professor barely hears what I have to say when I’m interrupted by my professor. In my head, I imagine my eyes rolling around like ping pong balls. But instead, I just maintain a blank stare. I have this intense urge to interrupt their interruption.  Before I can, the professor gets cut off by another student, who babbles on, running with the thought that I had initiated, and getting praised, all while throwing a couple more points towards their participation grade. I want to get on top of my desk and yell: “That is what I was going to say until I was interrupted!”

Interruption isn’t just in my life, it’s in everyone’s and it’s everywhere, and Boston College’s campus is no exception. I constantly overhear people cutting each other off mid-sentence. It’s happening all over campus—in classes, the dining hall, the dorms, and the dining halls. Slowly but surely, it is spreading like a an epidemic. You name a place, it’s happening there.

I honestly have no idea what is going on, but my only hope is that we don’t have to revert back to using a talking stick.

Conversation is a necessary part of our daily interactions. It can be excruciating when people ignore the basic conversation etiquette that most of us, hopefully, learned in kindergarten. If you are unaware of these rules or just need to be reminded of them, let me help you. In a conversation one person speaks and another listens.

Growing up, I was very careful about interrupting someone, especially an adult. As I matured, like most of you, I learned the rhythm of conversation and communication, not just through informal conversation but through my debate team as well. As most of us should know,  conversation requires proper timing. You wait until the other person stops speaking or pauses before you interject your opinion or idea. If I blurt out a thought, even my friends sometimes say something like: “Don’t you know it’s rude to interrupt, don’t you have any manners?” or “Wait I’m still talking.”

A conversation is not a war. If you are a habitual interrupter, then perhaps you should ask yourself why. Why do you not allow others to contribute to the conversation? Do you blurt things out because you fear you might forget? Do you want validation without opposition? Do you simply want to dominate the conversation? If the latter is the case, I want to physically take away your “right” to speak whenever you like. Maybe then constant interruptions can stop.

Regardless of what is being said, thoughts take effort and communicating those thoughts takes courage, because not everyone is able to speak freely. When you have a conversation that requires someone to exchange their thoughts with you, please be patient and polite, listen and feel the rhythm of the conversation, it will be much appreciated and reciprocated.

Everyone knows how it feels to be interrupted mid-sentence, or have your hand raised in class, and someone just blurts something out instead of waiting their turn. You sit there in your head saying, “I was going to say that, seriously.”

Interruption in the classroom most definitely stunts the growth of students instead of fostering it and also stalls conversation. Interruption is a power move, whether conscious or unconscious. During the 2016 presidential election Donald Trump constantly interrupted other candidates, in an attempt to bully and dominate the conversation. This tactic of domination was seen in the Republican Party presidential debates when Trump insulted fellow Republican primary candidate, Jeb Bush. Trump continued to interrupt, saying ,“Quiet! Jeb is a mess!, Jeb is a waste!” This tactic eventually  caused him to give up—and shut up. Although the President’s interruptions were on a much bigger stage, it set an example of how domination and interruption in debate make people recoil, and stop talking.

Either way, a conversation is pointless and unproductive unless more than one person has the ability to communicate their opinion. A conversation isn’t about who can speak the most and the loudest. It’s about the overflowing, neverending sharing of ideas, opinions, and cultures. A conversation is not a war.

bc discussion classroom
‘I started with strangers, and I left with lifelong brothers and sisters’
Black History Month 2019 is a Pivotal Step in the Right Direction