Home » I Don’t Want to Borrow Sugar, I Just Want You to Shut Up 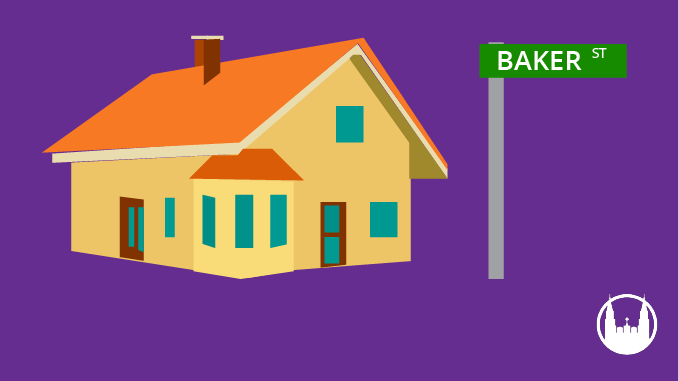 I Don’t Want to Borrow Sugar, I Just Want You to Shut Up

Okay, I will preface this with an honest admission: this is personal and potentially a little bit petty, but my will can only go so far. I suppose I could silently let the rest of the semester pass by, but my silence would not be reciprocated by my downstairs neighbors. So, I will make noise in my own way to cope during these last few weeks of the school year. At the beginning of my sophomore year, I moved into a double-unit house that was split between numbers 12 and 14 on a street that, for the sake of anonymity, I will refer to as “Bake Street.” There are six girls in my unit, and three senior boys in the unit below who I will call Isaac, Collin, and Anthony (names changed). It may seem obvious that this was a recipe for disaster, but the battle with the boys of “Bake Street” began amicably—as do many relationships-gone wrong.

The idea was appealing: a happy house full of friends! For over a month, that was a pretty accurate description of what we, at the time referred to as the “People of “Bake”—we would borrow a few eggs to make brownies, maybe hang out on our collapsing porch, or go out together on the weekends. We were wrong to be fooled by the freedom of our open-door policy and friendly sharing of space.

We were trapped in a honeymoon phase with our housemates, and for a time it was possible to overlook their quirks and give them the benefit of the doubt. But this relationship quickly proved to be toxic, and the only way out was our front door—a last resort option to take on days when the conditions were unbearable and apparently nonnegotiable. Tuesdays have been especially problematic.

I would argue that Tuesday is quite possibly the least eventful day of the week—it is still the beginning of the week but the weekend “high” is gone. Tuesday nights are for studying, quiet movie nights with the roommates, and early bedtimes. Never once have I thought “Thank God it’s Tuesday! Time to blast music and go out!” According to my neighbors, Tuesday nights are an acceptable time to turn up the bass and make sleep impossible for everyone who does not plan on losing consciousness at Mary Ann’s “Senior Night.”

On a particular Tuesday night, I had asked a friend to sleep over because I needed to talk about a stressful day. It was a week night so I really appreciated her coming to support me despite her having an early morning class. It was 11:30 p.m. when our heads hit the pillow and 12 o’clock when the bass dropped downstairs and the room began to shake. This frustration did not peak all at once—it built over time. I texted them, politely asking them to turn the music down, I called, I knocked on the backdoor, and still there was no response. So I lost it. I was furious, and I stormed down the stairs of Bake and marched through the piles of snow in my pajamas. I looked ridiculous, but I gave them a piece of my mind. This was not an unlucky coincidence that they wanted to party when I needed a quiet night—this was normal, and now someone other than myself had to deal with it too.

In light of this revelation about the reality of my living conditions, I started to objectively question other disruptive behaviors that I had allowed in the past. Why was it acceptable for them to throw rocks at my roommate’s window? Why did we tolerate them waltzing through our door unannounced and finding us half-dressed? Was it really okay for Collin to play hide and seek with his girlfriend on the Monday night before finals? Or at all? My tolerance level is pretty high, but quite frankly so are they, and I am sick of the smell, I am sick of the sounds of exertion when they punch holes in the walls, and I am sick of not having any way to change the situation. To put it bluntly: Isaac, Collin, and Anthony are simply the worst.

In these past few months I have become more calculated in my approach. I asked my boyfriend who studies law about what is legally considered to be a “disturbance of the peace.” I concluded that the boys downstairs are disturbing the peace. My peace. And I get the itch to report them at least once a week.

I am still holding out on making that call … do I have the guts? In my final weeks of not sleeping on account of Anthony’s middle-of-the-night, unnecessarily aggressive EDM sessions and explaining to my friends that the explicit expressions of anger from downstairs are justified by Collin’s devastating defeat in a game of Fortnite, I would like to believe that I will have the courage to make the call. But if this totally composed expression of my personal vendetta against the boys at Bake Street is my final act of vengeance, then I am okay with that. And to the boys downstairs: I hope you all go places … far, far away from here.