Greg Jones, director of housing operations, disclosed details regarding the number of AHANA+-identifying RAs in the coming academic semester, housing trends in the past fall and spring semesters, and planned renovations to various on-campus residence halls.

Of the resident assistants who have been hired for the upcoming year, 45 percent of them are AHANA+. This percentage is down from 52 percent last year, but up from 44 percent the year prior.

Jones noted that these demographics could change between April and August, however. ResLife has not filled a few RA spots yet, because it holds a few spaces open until it knows the incoming first-year class and what the RA needs are. These vacancies will be covered over the summer, Jones said.

Jones said that ResLife does not set a cap for the number of RAs within each demographic, but that ResLife thinks that having a diverse group of RAs is very important.

“We have a very diverse campus and want to make sure that the RAs represent the wide diversity of the community and the students,” he said.

Jones went on to note that the number of spring vacancies in residence halls is trending down. There were 184 open beds this spring, which is down from 217 last year, and 283 the year prior.

“This was the most full we have been [during] a fall semester in the six years I’ve been here,” Jones said. “So starting off the fall semester with fewer openings and fewer people leaving means that when we hit spring semester, there was fewer vacancies to begin with.”

Imbalances between the number of students leaving in the spring and fall semesters—which affected housing availability—led to the University placing limits on “each semester and program for students studying abroad.” Students had to apply to at least one fall program on their study abroad applications.

Jones said that ResLife won’t know how the new system will affect housing until spring semester actually rolls around. ResLife does not currently know how many students are going abroad in the fall or going to be living on- or off-campus in the spring, and some of students who have signed up to study abroad in the spring may change their plans.

“On the onset, we’re looking at seeing more students being abroad in the fall than in the current year, which hopefully will mean that we’ll have more students coming back to campus for the spring, so we’re hoping that differential between fall and spring semester will be less,” Jones said.

Jones said that, while it’s still likely that more students will be abroad in the spring and that there will be more spaces to house students in the spring semester than the fall semester, he anticipates there being fewer vacancies in the spring of 2020 than there are this year.

The total number students who participated in the room selection process for on-campus housing was 5,073, which is down 46 students compared to last year. The main reason for this change, Jones said, is that there was a smaller first-year class, which means that about 100 fewer students were eligible to participate in room selection.

Jones pointed out that something interesting he found with room selection this year was that while the apartments at 2150 Commonwealth Ave. were the last to fill on the six-person selection day, they were the first to fill on the four-person day. Jones said he does not know why this is the case, but that one possibility is that once four-person day rolls around, people already know other people in 2150 who they may want to live near.

“There’s this narrative of like, ‘Oh, nobody wants to be there,’ or ‘Oh, it’s everyone’s last choice.’ But it’s not—the next day, it becomes the most popular building,” Jones said. “So I think it’s just important to recognize that popularity of housing is always going to be relative.”

ResLife will be doing renovations in Ignacio Hall over the summer, which it started during Winter Break. The kitchens and bathrooms in Ignacio B will be renovated, and new apartments are being constructed on the first floor of Ignacio B and the ground floor of A.

Facilities operations used to be run out of the first floor of Ignacio B and the ground floor of Ignacio A, but those operations were moved to 300 Hammond Pond Parkway this past fall. Five new apartments and 26 more beds will be added to the building—spaces that were already chosen during room selection.

This is the third summer ResLife had done renovations in “the Hillsides,” Jones said. Renovations were done in Rubenstein C last year, and in Ignacio A the year prior.

ResLife will also be doing some smaller projects throughout campus as well—most of which will be related to infrastructure, maintenance, and repairs—so students might not actually see the results, Jones said. 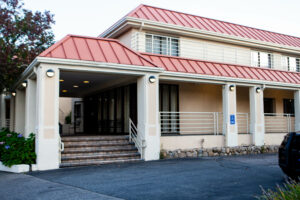 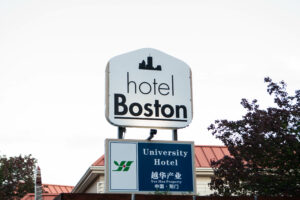