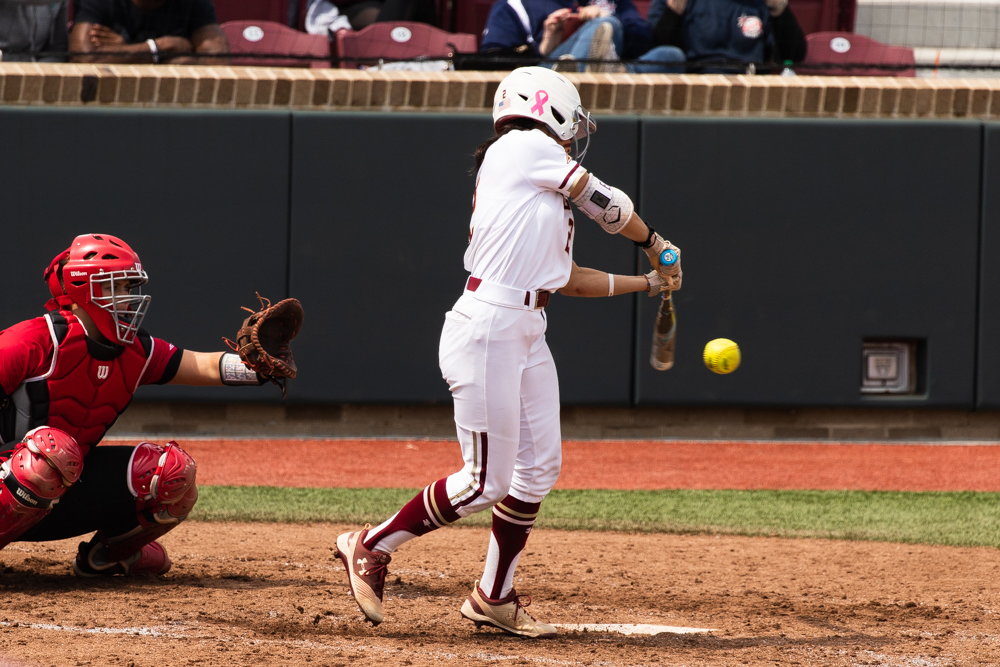 For much of this season, Boston College softball has struggled to push runs across the plate. The Eagles entered Wednesday afternoon’s matchup with Dartmouth having only managed two-plus runs in just two of their last nine games—and additionally rank second-to-last in the ACC in total runs scored.

That wasn’t the case against the Big Green, though. BC scored in every inning, guided by a 3-for-4 day from first baseman Allyson Moore and a trio of RBIs from designated player Kristin Giery, and that was more than enough for an 8-2 win.

Susannah Anderson threw five innings of two-run ball for the Eagles (18-32, 4-17 Atlantic Coast), who won their third non-conference game in a row. Reliever Camryn Dolby entered with a comfortable five-run lead and didn’t skip a beat, holding Dartmouth (10-27, 7-11 Ivy League) hitless in the final two innings while striking out three to secure the win. It was a comfortable victory for BC, which scored its most runs since a win over Louisville on April 13.

The Big Green duo of Heather Turner and Brooke Plonka were largely ineffective in the circle, combining to allow eight runs—albeit five earned—on 11 hits. Both wrestled with control issues, walking four to just two strikeouts, and the Eagles saw the ball out of Plonka’s hands particularly well—she gave up eight fly balls to one groundout.

Moore opened the scoring in the first inning, lacing a sharply hit double down the right field line to bring in teammate Emme Martinez. She was stranded on third—one of 10 runners left on base for the Eagles—but the damage was far from over for the home side. In the bottom of the second, Ellie Mataya led off with a single and scored from first on a Carly Severini ground ball when Big Green third baseman Morgan Martellini attempted to turn a double play but instead hurled an errant throw.

Severini moved to third on back-to-back sacrifice bunts, then came home on a single up the middle from Lexi DiEmmanuele. The senior center fielder finished with two hits, continuing a torrid stretch in her final campaign with BC. She has three multi-hit games in her last seven games and has raised her average to .333.

Dartmouth got to Anderson—who retired six of the first seven batters she faced—in the third. A fielding error and a hit batsman put two on, and they moved into scoring position after a sacrifice bunt. Anderson appeared to be in the clear when she got a groundout to first then got ahead of Big Green second baseman Micah Schroder, but her 2-2 pitch was poked through the right side for a two-run single. The 3-2 deficit would be the closest Dartmouth would get, though, as the Eagles gradually distanced themselves.

First, a throwing error from Big Green catcher Schae Nelson brought in another unearned run in the bottom of the third. Next, Giery led off the home half of the fourth inning with a solo home run to straightaway center field. With a 5-2 lead, BC only added insurance in the fifth, tallying two runs on three hits. Giery again was the responsible party, bringing in both via a single to right field. The Eagles capped off the scoring in the bottom of the sixth, as Severini drew a bases-loaded walk—the team’s final exclamation mark on the victory.

It is a good sign that BC has found its stride at the plate the last two games, totaling 13 runs between the two, but that does come with a caveat—Dartmouth ranks seventh of eight Ivy League teams in ERA (5.69), while the duo of Turner and Plonka have combined for an even shakier 7.65 mark. Still, back-to-back wins and a trio against non-ACC foes is strong footing for the youthful group to lean on as they close the season against Pittsburgh—the only team in the conference that has allowed more runs than BC. 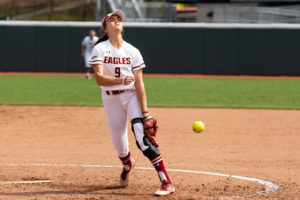