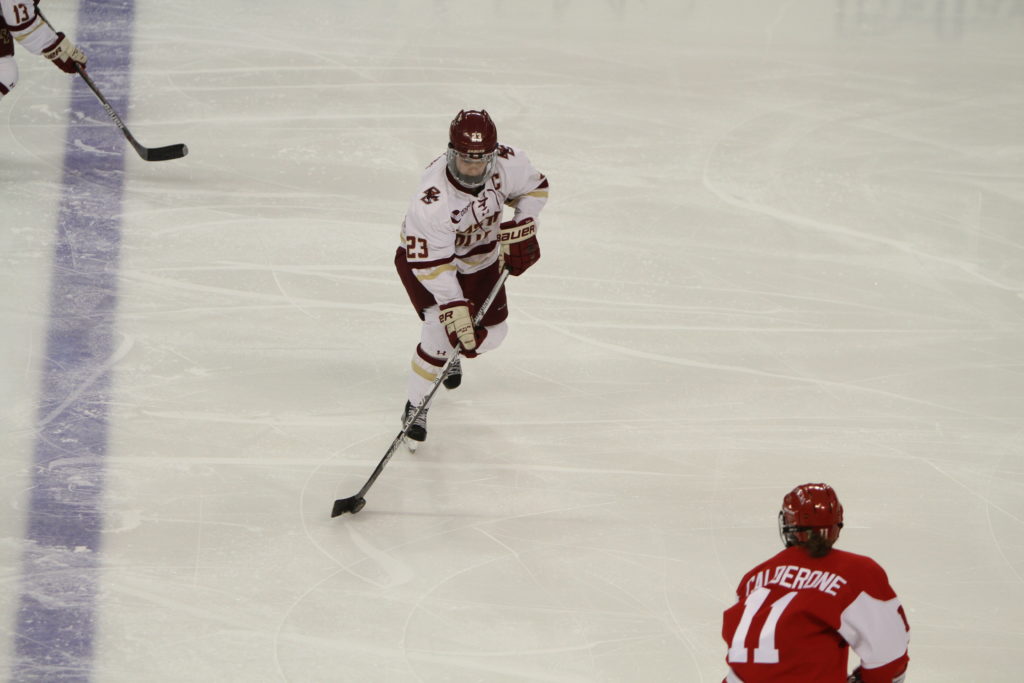 Boston College women’s hockey has a new assistant coach that should be very familiar to Eagles fans.

In a statement released on BCEagles.com Tuesday, head coach Katie Crowley announced that Andie Anastos, who played for both women’s hockey and women’s basketball during her time in Chestnut Hill, will rejoin the program as an assistant coach for the upcoming season.

“We feel very fortunate to be able to add someone like Andie to our staff,” Crowley said in the statement. “As a former Eagle captain and Boston College graduate, she understands the tradition and culture of BC hockey.”

Anastos enjoyed an illustrious career with the women’s hockey program, skating for BC from 2013 to 2017. In that time, she played in 156 games—fourth most in program history—and worked her way toward the top of the record books in several categories. She finished her career with 86 assists, eighth-most all-time for the Eagles, to go along with 58 goals, and owns a career plus-minus of +120, also eighth-best in program history.

In addition, she was a key member of a senior class that enjoyed an excellent run of success. Anastos and her fellow seniors—Kristyn Capizzano and Haley McLean—won 129 games during their four years at BC, made it to three Frozen Fours in addition to the program’s first National Championship, and also took home three Beanpot trophies and two Hockey East Tournament championships. She also remains one of just seven Eagles’ players to be a two-time captain.

After graduating in 2017, she swapped her skates for a pair of basketball shoes, suiting up for BC under former head coach Erik Johnson. During her one year with the team, she was voted team captain, as the Eagles went 7-23. Anastos led the team in assists with 92 on the season, and averaged 6.2 points per game while running the point for BC.

Anastos joins the Eagles hoping to help them better their 2018-19 campaign, which saw them fail to win the Beanpot for the first time since the 2014-15 season, as well as lose in the first round of the NCAA Tournament for the second straight year. In that regard, her leadership, as well as her past NCAA Tournament experience, will certainly be valuable.