“When somebody’s wearing a mask, he’s gonna tell you the truth,” Bob Dylan says, staring down the camera and speaking in his I’m-gonna-give-it-to-ya-straight Bob Dylan way. “When he’s not wearing a mask, it’s highly unlikely.”

Why, then, didn’t Dylan make Martin Scorsese wear a mask when producing Rolling Thunder Revue? Scorsese’s latest Netflix film “documents” Dylan and friends’ tour of the same name by sparing us the facts and playing up the politics.

The concept of Rolling Thunder Revue, the ’75-’76 tour with a bill that boasted the likes of Joan Baez, Joni Mitchell, and Ramblin’ Jack Elliott, is magical. The idea that folk’s biggest names went around to the smallest cities—Providence and Plymouth to name a few—because they wanted to play music together for the sake of playing music together (and not for the sake of shaking their fans down for every last dime as musicians do today) is a thing of dreams. What isn’t magical? Sharon Stone manufacturing a corny story about discussing KISS and Kabuki with Dylan backstage at the age of 19, a story that is neither true nor very convincing.

But the lies hardly start rolling with Stone—the very concept of the “newsreel film,” as an aged Dylan refers to it early on, is completely fabricated to give the Scorsese brainchild an authentic feel.

“Van Dorp, I’d never even heard of him before,” Dylan says before recalling alleged vintage filmmaker Stefan Van Dorp’s history of working in a wax museum.

Except Van Dorp’s wax museum tenure is hardly history—Van Dorp doesn’t even exist. The “filmmaker” is a figment of Scorsese’s imagination and is portrayed by Martin von Hassleberg, the husband of Bette Midler.

The entire film feels like an adaptation of the truth—you know, kinda like alternative facts or fake news—for what the “kids” romanticize today. Scorsese seems to fundamentally misunderstand the kids, though: Much like the yippies Dylan was a prophet for during the Civil Rights Movement and the Vietnam War, the kids will see through your bullshit, and once they realize you’re trying to sell them something, they’ll vilify you.

Concessions to today’s youth, or maybe even the retired counterculture kindred spirits, are never more abundantly clear than when Scorsese garishly takes up the delicate politics of Bob Dylan, turning Dylan’s nuanced music into a vehicle for a Forrest Gump-like political narrative in the process.

Although Dylan would probably deny it in an interview and did for the most part deny it in his 2004 autobiography Chronicles, there’s no denying that he was political in his day. Dylan crucifies capitalism and American providentialism—“I got forty red-white-and-blue shoestrings / And a thousand telephones that don’t ring / Do you know where I can get rid of these things?”—and Dylan argues for the intrinsic value of equality— “And the sun will respect / Every face on the deck / The hour that the ship comes in” and “Yes, ‘n,’ how many years can some people exist / Before they’re allowed to be free” and “The times, they are a’changin” and, and, and.

But Scorsese doesn’t let Dylan play “Highway 61 Revisited” or “When The Ship Comes In” or “Blowin’ in the Wind” or “The Times They Are A-Changin.’” Instead, Scorsese tells us Dylan opposed the Vietnam War with clips of young men getting ready to be drafted and assures us Dylan resented conservatism by layering a video of Richard Nixon delivering a speech about American resiliency over a sound bite of “Mr. Tambourine Man.” “Though I know that evening’s empire has returned into sand,” you know, kinda like how American democratic principles of liberty and equality had long ago “returned” into words with little meaning. Get it? See kids, I understand Dylan’s art, too.

While much of the film is horribly misleading and, at times, even exploits Dylan and his music to drive home a point, there are moments where you can’t help but be mesmerized by its larger-than-life figures. In the beginning of the film, Patti Smith waxes poetic like the last of the beats before pouring folk gold over sparse guitar plucking. Smith’s jarring tempo and cadence are like a tab of LSD melting on the tongue, and viewers immediately anticipate visceral hallucinations of Dylan and Mitchell jamming in the comfort of a cozy, candle-lit living room and Allen Ginsberg reading lines from “Howl” as Dylan hangs in the back of an auditorium.

And really, watching Rolling Thunder Revue is a lot like dropping acid—you’re guaranteed to waste a couple hours of your life and encounter some disturbing delusions along the way. 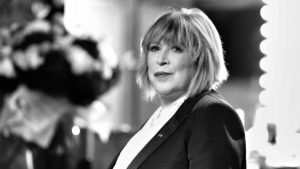