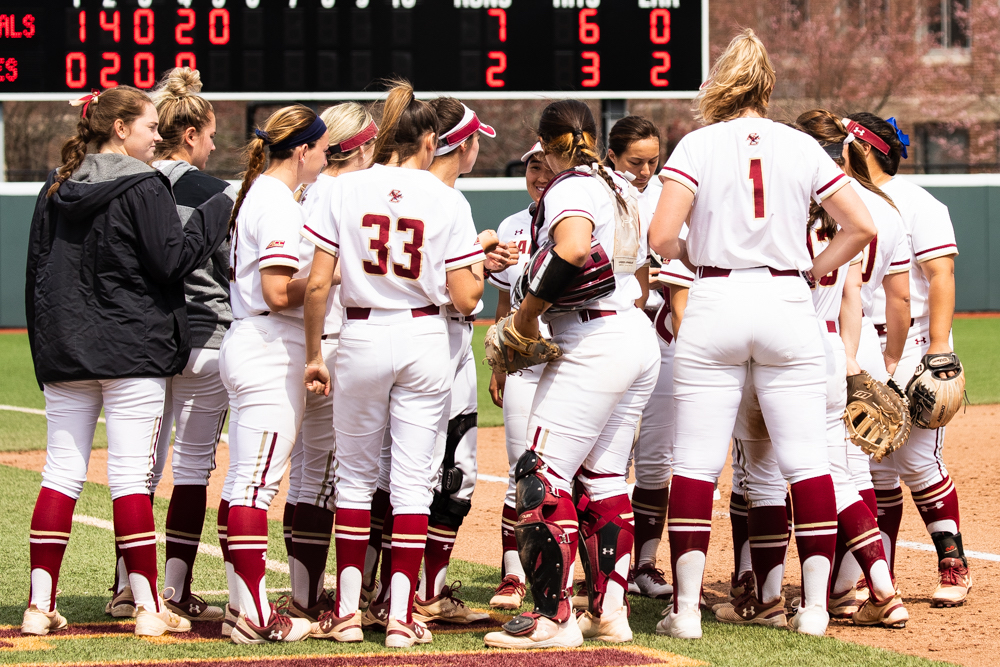 In September of 2018, St. John’s softball head coach Amy Kvilhaug announced her retirement after 22 years of coaching, the last 12 of which came with the Red Storm. Kvilhaug stated plans to move on to a career as a life and performance coach, but that retirement proved to last less than a year. When Boston College Director of Athletics Martin Jarmond came knocking, Kvilhaug didn’t say no.

On Tuesday morning, Jarmond and the Eagles announced the hiring of the Taunton, Mass., native, who will be tasked with turning around a program fresh off of a disappointing 18-win season under Ashley Obrest. Kvilhaug—who snapped a 35-year NCAA Tournament drought back in 2015 for St. John’s—will aim to break a similar, but shorter, 16-year stretch without a postseason berth for the Eagles.

“Amy is a proven winner who will be a perfect fit in leading our softball program,” Jarmond said in a statement to BCEagles.com. “She has a history of turning her programs around and developing young women holistically. She is highly regarded in the softball coaching community for her ability to coach, recruit and develop student-athletes for success both on the diamond and in life.”

While Kvilhaug wasn’t coaching this past spring, her last season with the Red Storm offers optimism. Despite finishing two games under .500, St. John’s earned its fifth straight Big East Tournament appearance, setting a program home run record in the process. The four years before that were all winning seasons, with the 2017 campaign featuring an impressive 32-16 record.

Kvilhaug’s ability to develop top talent is likely what had Jarmond and BC hoping she’d join the program. In her 12 years with the Red Storm, three players earned All-Big East Player of the Year honors and a total of 38 landed on All-Big East teams.

She’ll have a tougher task on her hands at BC, though, as the ACC represents a step up in talent. Still, Kvilhaug—who built up a Radford program before making the move to Queens, N.Y.—seemed more than excited for the task at hand.

“The opportunity to come back to New England and to coach at a premier institution like Boston College is amazing,” she said. “To complete in one of the nation’s top conferences in the ACC along with the tremendous new facilities we will play and train in at the Harrington Athletics Village is truly special. I look forward to building a great culture of winning on and off the diamond in our program and can’t wait to begin.”

Kvilhaug will have a young core of players to build around in her first season with the Eagles. Susannah Anderson and Camryn Dolby combined to throw nearly 300 innings in their freshman seasons and will lead the rotation for several years, while the lineup has several intriguing pieces. Lexi DiEmmanuele, the team’s top hitter, is lost to graduation, but Emme Martinez, Gianna Boccagano, Ellie Mataya, Gianna Randazza, and Jenna Ergle make up a talented group of position players.

Another thing to keep in mind is Jarmond’s early track record of hiring coaches. Volleyball’s Jason Kennedy and women’s basketball’s Joanna Bernabei-McNamee both impressed in their debut seasons on the Heights. Women’s soccer’s Jason Lowe has also rounded out a strong recruiting class and expects big things in the first post-Alison Foley year. With that considered, hopes should be high around a softball program that slumped last year after posting three straight 30-win campaigns.

Report: Eagles Land Former ESPN Top-100 Recruit in Providence Guard Ashton-Langford
The Other Side of Paradise: Field Reports From the Internship Hunt