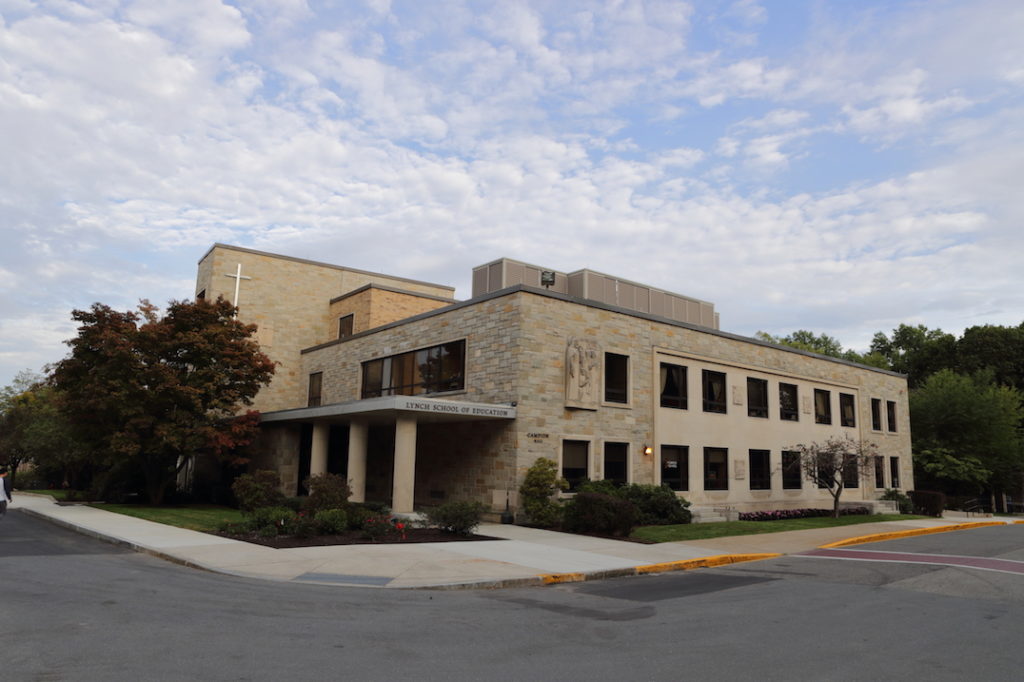 As Boston College begins to focus more on interdisciplinary programs, Lynch is following in its footsteps, said Julia DeVoy, the associate dean for Undergraduate Student Services in Lynch.

“The new minors that we’re exploring and that we’re developing are designed to be at the intersections of subjects, and at the frontiers of these subjects, so that we can develop and facilitate understanding in these spaces,” she said.

Lynch hasn’t established the exact timeline of when the minors will be rolled out yet, although it will likely be some time in the next year, DeVoy said. The school has also yet to decide if the minors will be available to only Lynch students or if they will be open to students across the University.

“It’s a conversation, and it’s a process, but the goal is to roll them out as soon as possible,” she said. “We just have to go through the steps that any minor would go through.”

Students who decide to pursue the new minors will take a set of required courses and electives and partake in a capstone experience. The capstone could consist of a field placement, a senior thesis, an internship, or undergraduate research, according to DeVoy.

“We want Lynch School students to be able to have a minor that supports [not only] their personal development, but also their vocational and career development and interests as well,” she said.

The idea for the restorative justice minor grew out of some of the restorative justice initiatives that Lynch has recently been involved with. Along with the Morrissey College of Arts and Sciences and Woods College of Advancing Studies, Lynch supports Inside-Out, a program that allows BC students to take a class with incarcerated students in the Suffolk House of Correction.

The students in Lynch’s first-year experience program—Experience, Reflection, Action (ERA)—also did two workshops this year with Chris Wilson, the author of The Master Plan: My Journey from Life in Prison to a Life of Purpose and speaker at this year’s Convocation.

“Out of that, and out of some of what we’ve been doing around whole-person development and rehabilitation, comes our interest in developing a restorative justice minor,” DeVoy said.

In addition to Inside-Out, examples of classes students in the restorative justice minor might take are Education, Law, and Public Policy and Global Responses to a Humanitarian Crisis.

“Chris Wilson is just an amazing example of [how] one can have an experience or make a choice that is deeply, deeply unfortunate or wrong in the eyes of many, but that there’s a path forward,” DeVoy said. “There is restoration. There is reconciliation. And we believe, particularly with our thinking on this minor, that education plays a huge role in that.”

Many Lynch students have also expressed an interest in problem-solving, which has led to the development of a minor in design thinking, DeVoy said. With this minor, students will focus on learning how to solve real-world problems in whatever their area of interest may be.

“Whether it’s figuring out how to effectively get fresh water from one place to another where it’s needed, or whether it’s thinking about how to create adaptive sewing machines for women with physical disabilities who are making handbags in Ghana, [or] whether it’s approaching returning previously captive elephants to the wild—those are all design-thinking problems,” DeVoy said.

Students in the design thinking minor would take Introduction to Design Thinking and other courses focused on human-centric design, according to DeVoy.

With the cyberpsychology minor, students will study the psychology of people in cyberspace and the ways in which ethical behavior might be facilitated there. These ideas will be important for students whether they go on to work in private industry, higher education, international relations, or national security, DeVoy said.

DeVoy said that the world has seen what happens when there is ambiguity around moral and ethical behavior in cyberspace, which is one of the reasons Lynch is interested in fleshing out the cyberpsychology minor.

Those completing the cyberpsychology minor will take applied psychology classes and 6000-level courses in cyberpsychology and cybersecurity. Their electives could include courses such as Managing for Social Impact and the Public Good, Digital Technologies, and Designing Your Future and World.

With data analytics and data science being so important in today’s world, DeVoy explained that it makes sense for Lynch to develop the MESA minor to complement its existing master’s and doctoral programs in this field.

Students in the MESA minor will take classes such as Research Methods and Analysis and Statistics for Applied Psychology, in addition to their electives and capstone experiences.

“We would really see that as overlapping with some of what’s happening in [the Schiller Institute for Integrated Science and Society] too,” DeVoy said.

With each of the four new minors, Lynch is looking to create opportunities that are aligned with the future directions of BC, DeVoy said.

“We’re very interested in delivering content that’s relevant for today, but we also realize that the world that our students are going to live in is a different world than [the one] they live in today, and that these are the kinds of areas that will prepare them best for that world,” she said. 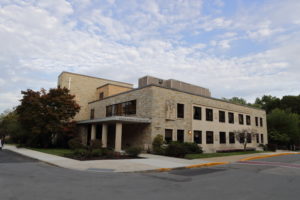